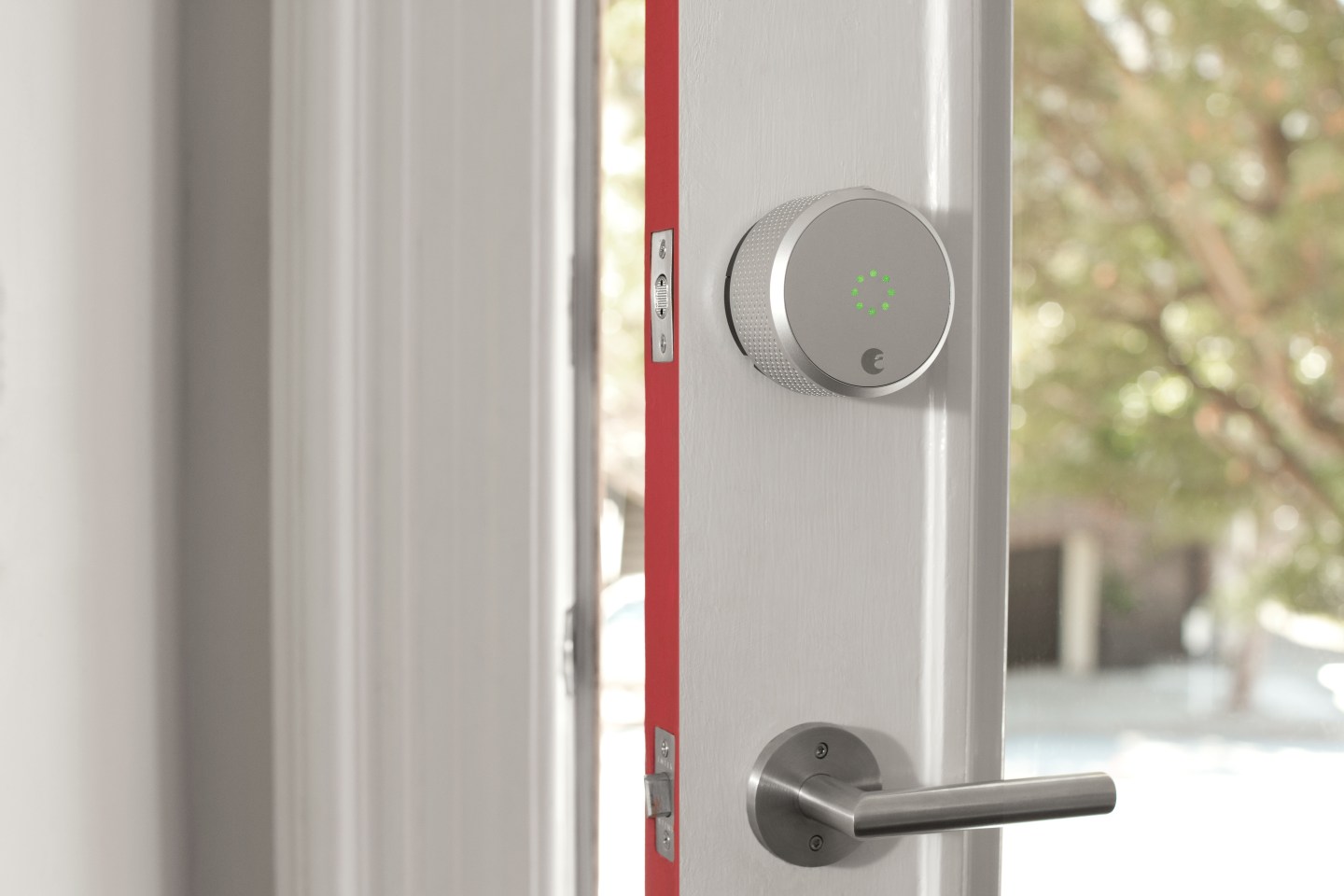 August, a startup that makes Internet-connected door locks, has decided that it’s not enough to merely sell smart gadgetry. It envisions a world where the “on-demand economy” is in full force and you feel comfortable enough to let people into your home to drop off packages or pick up dry cleaning—all thanks to the ecosystem that August has provided.

Step one? Install August’s newest smart lock, which allows you to authorize anyone with a smartphone to enter your home. Step two? Add August’s newly launched video doorbell so you can see who is at the door and then communicate with them through your smartphone. If they need access, you can grant them a one-time entrance to your home.

Step three? Install a NestCam, thanks to August’s new “Works with Nest” integration, that starts recording video whenever someone disengages the lock. It’s a system that could be handy for parents—let the kids in even when you’re not home—or e-commerce fiends who would prefer that their Postmates delivery person drops their package in the foyer and leaves, rather than peruses the place for a Macbook to pilfer.

August announced both products on Wednesday. Jason Johnson, the company’s co-founder and CEO, is aware that some people might not be keen on letting the Sears repair technician work in their home unattended. That’s fine. But he’s hoping that his company’s services and new partnerships will start to change the way we think about connected-home technology and, with luck, the way we live.

It’s early, but there are signs pointing in that direction. Small businesses use smart locks to give employees access to the office without resorting to key cards that can be lost. People who own rental properties swear by them because they can be quickly issued and retracted. Homeowners have embraced them for the convenience of opening their door without retrieving a key.

August is trying to bridge the gap between the smartphone haves and the have-nots. It plans to sell a $79 battery-powered keypad that will let people in when they don’t have their smartphone—be it a young child who wouldn’t carry one or the homeowner who steps out to dispose of trash only to realize the door has locked behind them.

(When I first tested August’s smart lock, this happened so often that I ended up turning off the auto lock feature, even though I liked it. This keypad may do the trick.)

All of August’s new products and services—the new lock (it will cost $229), the video doorbell ($199), the keypad ($79), and its Access program—will be available for pre-order starting Wednesday and will ship sometime in the next eight weeks. It’s an ambitious release for the company, which took quite a bit of time getting its first product out the door. But it’s a necessary step if August wants to remain competitive as the battle over the smart home heats up.

For more on home automation platforms, watch this Fortune video: