How’s Apple doing in China? This chart is worth 1,000 words. 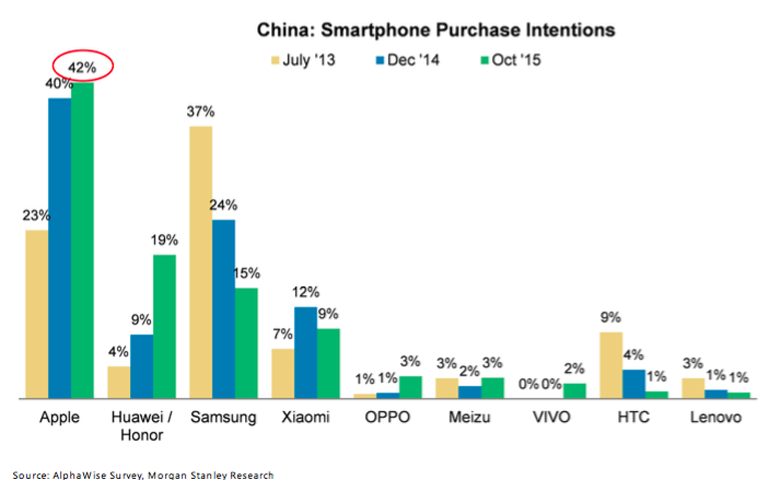 Apple’s growth in China may have slowed after last year’s sprint, but consider the competition.

Consider, specifically, the chart above, posted over the weekend by Morgan Stanley analyst Katy Huberty. It shows, based on Internet searches and social media data, which phones the Chinese seem to want to buy.

Now the pieces are in place.