Walmart’s new CFO has his work cut out for him 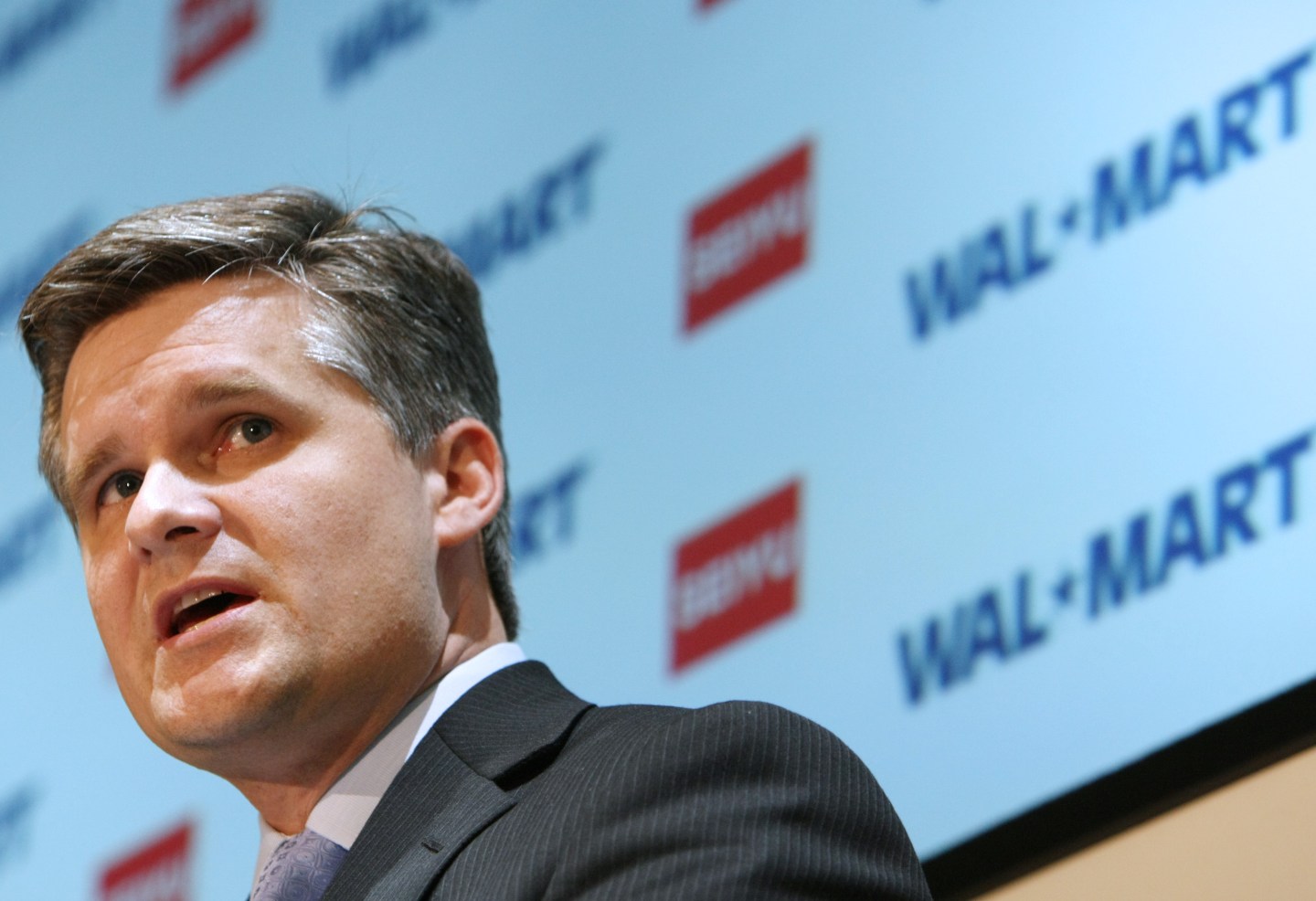 Walmart announced a changing of its financial guard Friday. “Brett Biggs, 47, will succeed Charles Holley, who has elected to retire as the company’s chief financial officer,” the discount retail giant said.

The move comes after serious questions continue to be raised about Walmart’s accounting operations.

In early September, Walmart reported that it had found material control weaknesses in the way in which the company was accounting for leases. “Based upon that discovery, our Chief Executive Officer and Chief Financial Officer have concluded that our disclosure controls and procedures are not effective at a level that provides reasonable assurance,” Walmart (WMT)wrote in its quarterly filing.

While the numbers, once corrected, may not ultimately skew the company’s financials significantly, leases aren’t exactly an obscure or isolated part of its business. Regarding whether there were any updates to the assessment on lease accounting, a Walmart spokesman wrote me in an email Friday that there was “Nothing beyond what was reported in our 10-Q.”

The lease accounting snafu isn’t the only major outstanding accounting issue at Walmart. In May, a Wall Street Journal article on the retailer’s Mexico bribery scandal reported on “an internal Wal-Mart email dated Feb. 27, 2006” in which Walmart’s head of internal audit wrote that his staff had updated “the chair of the audit committee” about their investigations. Yet “[i]t wasn’t until late 2011 that Wal-Mart disclosed its investigation to the Justice Department and Securities and Exchange Commission, according to the company’s securities filings,” the Journal reported. Meanwhile, the SEC has been fighting a Freedom of Information Act request for Walmart documents and has repeatedly declined to comment on the status of its own Walmart bribery investigation.

An article in MarketWatch in August raised questions about Walmart’s inventory accounting. The story referenced an earlier report by The Nation quoting former Walmart employees. “One former manager told the reporters that executives ‘preferred methods for improving this vital metric [inventory] were not always aboveboard; they included an array of improper techniques to conceal shrinkage losses and make the inventory numbers—and profit margins—look better on paper than they were in reality.’ A Wal-Mart spokeswoman told The Nation at that time that the company was conducting a ‘thorough review’ of ‘store level processes.’” The Walmart spokesperson who wrote me Friday did not respond to a request for comment on the inventory accounting issue.

New CFO Biggs has served as both CFO of Walmart International and as CFO of Walmart U.S. As an insider, the big question is how eager he will be to clean up the company’s accounting and restore trust in Walmart’s financials.