An investment in America’s infrastructure could cost taxpayers nothing 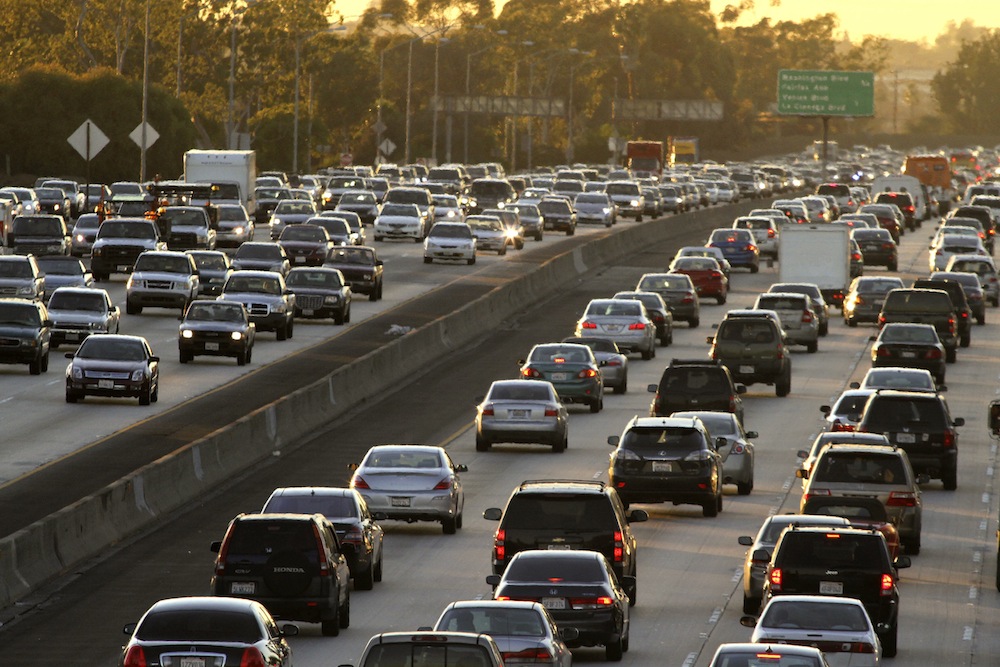 A recent report showed unexpectedly slow job growth over the summer, raising the odds of a stall in the already sluggish U.S. economic recovery. While this in itself is disappointing, the even greater disappointment is the failure to do anything about it, particularly when there’s an obvious and costless solution: borrow hundreds of billions of dollars for essentially nothing and spend it on our nation’s crumbling infrastructure. Doing so would boost gross domestic product (GDP) by far more than it costs and create hundreds of thousands of jobs.

One part of the equation is sitting before Congress right now: the highways bill, which has been mired in gridlock and needs to pass by the end of the month to maintain funding for our nation’s roads and bridges. Passing a beefed-up version that ensures our highways get the long-term funding they need would be a good start, but much more needs to be done.

U.S. infrastructure doesn’t make the grade
The condition of infrastructure in the U.S. is very bad. There are over 240,000 water main breaks each year, and the cost of rail congestion is enormous. For example, Midwest farmers alone lost over $500 million in 2013 and 2014 due to rail delays. And anyone who has ridden on our potholed roads can attest firsthand that most of our major highways are in mediocre or poor condition.

Indeed, the overall quality of roads, bridges, schools and other basic national and local facilities in the U.S. received a grade of D+ from the American Society of Civil Engineers in 2013. Many commentators have highlighted this study, which is the most recent one, but nothing has happened since then.

Transportation spending as a percent of GDP has remained about the same in recent years. Some recent improvement in state and local spending in this area was offset by a decline at the federal level. With the average ages of bridges and roads exceeding 45 years and carrying more cars than ever before, it is easy to see problems ahead. In 1998, the last year for which data are available, the average elementary school buildingwas around 45 years old. It is doubtful that enough new facilities have been built to reduce our reliance on crumbling school structures. Many schools can scarcely find room for new students.

Infrastructure costs and benefits
While it is difficult to precisely measure gains from improvements in infrastructure, it should be obvious that improved roads and bridges as well as other forms of transport make businesses and workers more productive and save money. Our substandard roads, for example, cost urban motorists $700 to $1,000 per driver in repairs, wear and tear, and fuel. This doesn’t count the lost time involved in lower speeds and detours. And upgraded, modern school buildings are better equipped for today’s educational needs, which are far more reliant on technology than before.

Right now, the costs of investing in our infrastructure are as low as they have ever been. In fact, we would be paid back for making these investments in terms of increased economic activity and other benefits. So why wait any longer to make these necessary investments? On October 2, the U.S. Treasury was able to borrow for 10 years at an interest rate of roughly 2%. If we assume inflation is about 2% over the next several years, the “real rate” of interest on this borrowing, which subtracts inflation from the nominal rate, would be essentially zero.

The benefits of improved infrastructure spending on economic growth, however, would be considerably higher, so the actual cost to taxpayers is nothing, even if rates go up a little, as is expected once the Federal Reserve begins the return to normal. Most businesses would jump at the chance for a tiny real interest rate to support investments with a substantial positive return. Thus, “business economics” says that this would be a wise decision.

Giving the recovery a boost
In addition, it would be a wise macroeconomic move. The U.S. economic recovery has been disappointingly slow for the past six years. The employment report for September as well as revisions to earlier data suggest the below-normal pace of economic growth will be sustained unless something is done to push growth faster.

The Federal Reserve policy rate is zero, and it holds a record volume of Treasury and mortgage-related securities. Further expansion of its efforts is neither desirable nor would it achieve much. Now that interest rates (adjusted for inflation) are close to zero for longer-term bonds and negative for very short-term notes, we cannot expect the central bank to provide more macroeconomic stimulus.

Sustained investment in U.S. infrastructure could add hundreds of thousands of jobs in the short term. Even a very modest program of $18 billion in annual investment in infrastructure, financed by debt, would yield, a $29 billion increase in GDP and a net addition of 216,000 jobs by the end of the first year, according to the Economic Policy Institute think tank. Our infrastructure needs, however, are substantially greater right now, possibly requiring well over $1 trillion, according to the American Society of Civil Engineers report. So the impact on employment of a fully implemented program could easily surpass one million jobs.

In addition to employing more labor, an improvement in roads, bridges and other heavily used infrastructure could entice business to expand plant and equipment in the U.S., as opposed to building in other nations where bridges, trains, airports and the like are newer and shorten travel times. (Instead of building a wall at one of our borders to keep people out, building decent roads, bridges, waterways and other basic infrastructure will better serve the economy.) Improving the quality of school buildings at all levels will raise educational productivity and make current students able to achieve more.

Now is the right time for a substantial program of greatly needed public infrastructure investment. One of the main objections to this kind of investment – the growth of the federal budget deficit that temporarily results from more spending on infrastructure – is not worrisome because of the gains in economic productivity and potential output. Indeed, it will pay for itself over time: if the real cost of financing the borrowing is close to zero and the return is well above zero, it is as if we are being paid to do this. Let’s not reject a “free lunch.”

It is hard to think of a timelier win-win proposal.

Sheila Tschinkel is visiting faculty in economics at Emory University and Marcelle Arak is a professor of finance emerita at the University of Colorado, Denver. This article originally appeared on The Conversation.