Childcare now costs more than rent. No wonder more women are opting out of the workforce 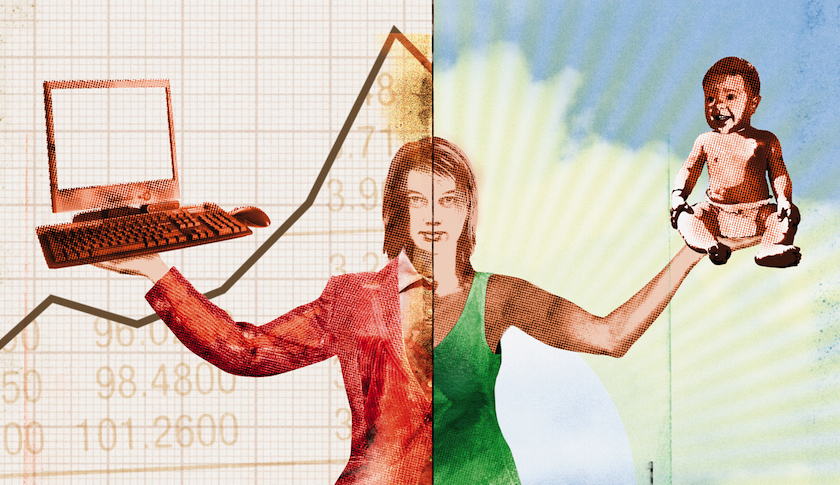 When did childcare become the biggest line item in a family’s budget?

A new research paper from the Economic Policy Institute (EPI), a worker advocacy group, finds that caretaking costs have become so exorbitant that in most parts of the U.S., families spend more on childcare than they do on rent (included in that number: babysitting, nannies, and out-of-home day care centers).

The U.S. Department of Health and Human Services says that in order to be considered affordable, childcare should account for no more than 10% of a family’s budget. In reality, though, these costs can eat up more than 30%. Much like rent, how much people spend on their kids’ care varies dramatically by location, as evidenced by EPI’s map below. Monthly childcare costs for a household with a 4-year-old are $344 in rural South Carolina and $1,472 in Washington, D.C. Infant care is even more expensive.

Annual child care costs for a 4-year-old as a share of full-time, full-year minimum-wage earnings, by state

These sky-high costs are a fairly recent phenomenon. Citing the Bureau of Labor Statistics, Bloomberg reports that the costs of both childcare and nursery school have risen 168% over the past quarter of a century. Meanwhile, consumer prices have increased 76%. In more practical terms, this means that the average cost of childcare is about $18,000 per year, based on a survey by Care.com of 700 parents across the country.

While this is troubling for all caregivers, the burden of childcare costs falls disproportionately on families in poverty. According to research by the Census Bureau, families below the poverty line spent 30% of their incomes on childcare in 2011—four times the percentage spend by wealthier families.

But even for parents higher on the income scale, paying for childcare is no small feat. Indeed, the EPI study notes that in 33 states, as well as in D.C., childcare costs more than sending a child to college—provided that the school is public and in-state.

“How are young parents supposed to be able to afford the equivalent of a college tuition?” asks Elise Gould, a senior economist at EPI, who spearheaded the research paper. “This is out of reach for many [higher-income] families.”

According to the Care.com survey, 69% of parents say that the cost of care has impacted their career decisions, and a quarter of parents have switched jobs for better family benefits. Some parents—women in particular—are leaving the workforce altogether. The share of mothers who stay at home has been rising over the past dozen or so years—a reversal of a long-term trend of women entering the workforce. According to the Pew Research Center, 29% of mothers did not work outside the home in 2012, compared to 23% in 1999.

“I absolutely think [the cost of childcare] plays a role in a woman’s decision to go to work,” says Gould. “It is taking a toll on labor force participation and therefore on the economy.”

Researchers have long linked this rise in the cost of care to the growing number of women who are choosing to stay at home rather than enter the workforce. In 2010, a paper by the U.S. Census Bureau stated that, “for mothers who have more than one child under 5, the cost of day care might be higher than she could support unless she has fairly high earnings.”

The situation has become so fraught that even the President has taken note. In his 2015 State of the Union address, President Obama cited child care affordability as a key to helping middle-class families feel more secure in a world of constant change.

It seems clear that childcare has grown unrealistically expensive. Now the question becomes: What to do about it?