Why Elizabeth Warren is going after this man 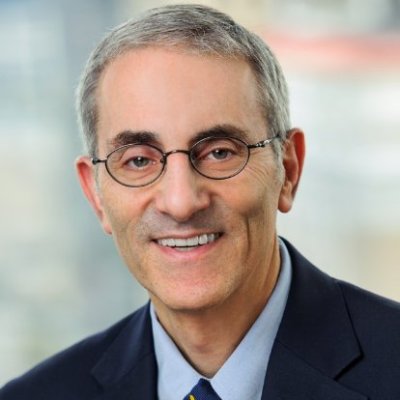 As regulatory battles go in Washington, the controversy over the Labor Department’s proposal to subject brokers and advisers selling IRA retirement accounts to new legal standards and regulation has turned out to be one of the hottest, which I know from personal experience.

On one side is the Obama Administration and most prominently in Congress, Sen. Elizabeth Warren (but not many other Congressional Democrats opposing the proposal), who argue that broker commissions on actively managed funds sold to those with IRAs chip away at retirement returns because brokers are incentivized to steer clients to funds that pay the largest commissions. A lot is involved, as these retirement accounts now include about $1 trillion in assets, a figure sure to rise as more boomers leave their employers and roll over their 401(k)’s to IRAs. The Obama Administration and Warren point to academic studies claiming to show that broker-sold funds under-perform index funds by about one percent (100 basis points) a year, especially hurting investors with modestly sized accounts (those well under the median account size of about $50,000).

The Department estimates that its new rules, especially one that subjects brokers to liability under class action lawsuits for not acting in the “best interest of their clients,” will save investors a little less than $4 billion a year, accounting for broker compliance costs (this number is well below the widely reported figure $17 billion estimated by the Council of Economic Advisers, which among other things, does not account for the fact that commissions are naturally falling and the phase-in of the proposed rule). According to the Department, the benefit attributable to the rule translates into about 25 basis points on the roughly annual asset base of $1.5 trillion in retirement assets over the next ten years.

On the other side of this contentious debate is a good portion of the mutual fund industry, and many thousands of brokers who argue that the new rules are not only unnecessary because they are already governed by “suitability” requirements that require them to tailor their investment advice to the personal financial situations and risk tolerances of their clients, but also counter-productive. Opponents argue that the costs and legal risks of the new rule will deprive potentially millions of smaller investors, the presumed main beneficiaries of the Labor proposal, of their brokers. Failing that, the brokers who still continue to serve the small investor will abandon their commissions in favor of a “wrap fee,” typically about 1% of assets invested each year, imposing much higher costs on investors.

In late spring, one of largest mutual fund managers, the Capital Group, asked me, along with economist Hal Singer, to conduct a cost-benefit analysis of the rule, and to consider alternatives to it. We published our study in July, and I later testified that month before a Senate Committee overseeing the Labor Department and its rulemaking. I made clear in my testimony, as I did in the report, the source of the financial support for the study. But I also stated that the testimony represented my own views (as I have done for sponsored research throughout my long career, only accepting consulting assignments where I agree with the sponsors).

Sen. Warren clearly disagrees with our study, but rather than address its reasoning and facts, she claimed my disclosure was vague (which it was not) and that I was misusing my non-resident perch at Brookings by identifying that position in a footnote (a newly established Brookings rule of which I was unaware but promised Brookings I would not run afoul of again), though I never mentioned my Brookings affiliation at the hearing. The media has widely reported that I subsequently resigned my prior unpaid position at the Brookings Institution, with which I have been affiliated, off and on, for over 40 years, most of them as a paid senior scholar, and once director of economic studies (Readers, if they are interested, can consult any number of media stories for the details).

I can only speculate why Sen. Warren has been so interested in our research, but I suspect it is because, even with its disclosed sponsor, the study exposed two major weaknesses in Labor’s proposal – which the Department may correct when it issues its final rule. But if it does not, these two points, at least in my view, make the rule susceptible to being overturned by a court as being arbitrary and capricious (or failing a benefit-cost test) if it is legally challenged.

First, we argued that Labor’s economic analysis was flawed because it did not estimate the benefits of broker advice, specifically urging clients not to “time the market” by selling stocks during market meltdowns, and then failing to buy back in even as stock prices rise, or rebalancing their portfolios as market conditions and their own situations change. We conservatively estimated the value of this advice to be 44 basis points, an amount exceeding the benefits of the proposed rule.

Second, contrary to claims that we ignored the conflicts built into the current broker compensation model or straw men implications that we support brokers “snookering clients,” we directly addressed conflicts by proposing a straightforward alternative to the Labor department’s long and complicated rule: simply require that mutual fund prospectuses contain a box on the front in big bold letters giving investors this information. Nonetheless, the agency ejected the idea of better disclosure – something the Consumer Financial Protection Bureau, the agency whose creation is attributed to Sen. Warren and which I publicly supported at the time it was proposed has successfully done with credit card and mortgage disclosures.

The only basis Labor gave for not following this less-restrictive remedy of better disclosure was a citation to a single theoretical study with no empirical data from the investment market, which we argued was not an adequate basis for rejecting our suggestion. The Labor department has since supplemented the record on this issue with an additional study that reviewed the efficacy of disclosure in the medical field and in experimental settings, which we showed in another submission on September 24 failed to rebut our claims that the Labor department should at least try better disclosure first before a potentially costly new mandate.

Most commentary about our report and my testimony has focused on the financing of the study, but two authors, to their credit, have focused their critiques in part on its substance: Dylan Matthews in VOX and Barbara Roper in the Huffington Post. Although both authors repeatedly couched their critiques in personal pejorative terms, neither challenged the two central critiques we advanced: that the Labor department failed to account for the benefits of broker advice, and the agency had no empirical or logical basis for rejecting a simple disclosure modification.

Limited space does not permit a rebuttal of the rest of charges Roper and Matthews leveled against our study, but I’ll address two items here:

· Roper says brokers can continue to collect commissions under a special “best interest contract exemption” so they won’t leave small investors, but this ignores the multiple restrictions brokers must adhere to qualify. Congress and DOL have heard from many brokers that as a result they won’t choose the exemption.

· Roper and Matthews implausibly suggest that brokers provide no value, and criticize us for relying on Vanguard’s estimates of brokers’ value. We picked Vanguard because it is the leader in index funds, which supporters of the rule have championed as the solution for small investors. Index funds do belong in any investor’s portfolio, but even Vanguard highlights the value of broker assistance. Roper and Matthews fail to note we cut the Vanguard estimates in half (conceding that brokers may not “in the aggregate” provide market-timing benefits on the sell decision, a point urged by Matthews, which does not prove no brokers provide any benefits), and still found them to substantially exceed the benefits of the proposed rule.

· Matthews also cites a 2009 academic paper for the proposition that brokers do not offer superior timing advice to clients when it comes to buying new funds, which says nothing about brokers’ value with regard to selling decisions. Matthews also cites a another academic paper by Burke and Hung (one of the many commissioned by the Department) for the proposition that higher savings is correlated but not caused by brokers, and that controlling for the “selection problem” (wealthier clients tend to select brokers) shows no benefits from broker advice. But the authors acknowledge that even after controlling for the selection problem, the literature finds that “meeting with a financial adviser is associated with setting long-term goals, calculating retirement needs, retirement account diversification, use of supplemental retirement accounts, retirement confidence, and higher levels of savings in emergency funds.”

For the sake of the small investor, I hope that the Labor department takes account of the full benefits and costs of its final rule, or at least does what should be obvious: improve disclosure. And for the sake of civil discourse in the future, I hope that future policy debates will avoid ad hominem attacks and focus on the substance of the arguments, as long as the source of funding (if any) is disclosed (as it was here).

For the latest political coverage, watch this Fortune video:

Robert Litan has directed economic research at the Brookings Institution, the Kauffman Foundation and Bloomberg Government. His latest book is Trillion Dollar Economists.