Why aren’t you drinking Spanish wine? 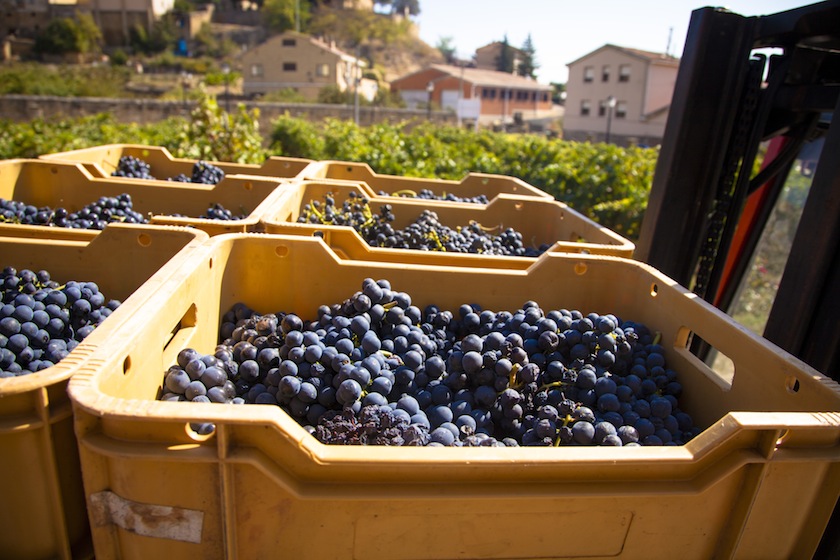 For the genteel world of fine wine, it almost qualified as a barroom brawl.

It was a few weeks ago at a tasting of the top vintages from seven wineries based around the train station of the Spanish town of Haro, in the Rioja wine region. There, the “Master of Wine” who was leading the tasting, Tim Atkin, said that for Spanish winemakers to really get ahead, they had to label and promote their wines on the basis of the exact physical birthplace—the terroir—of the grapes found in them.

“The future is in the vineyards,” he said.

Later that night, at the tasting’s closing dinner, María Urrutia, the marketing director of one of the seven Haro wineries, CVNE, politely disagreed.

“First you have to put Spain on a map, then Rioja on a map, and we’re arguing about putting a small village [on the label],” said Urrutia, a member of the fifth generation of CVNE’s founding family. “It’s a way to make noise, but really, what sense does it make if a label doesn’t say Rioja and it says Logroño [the capital city of the region]? Who from Norway will know where Logroño is? You’ll be lucky if they know where Spain is.”

This may seem like a small difference of opinion, but it gets to the heart of the argument over how wine—and many other luxury products—are best marketed. How do you sell a product whose value is not defined by supply and demand, as with commodities, but rather wrapped up in its story?

The Spanish wine industry’s exporting issues, which have long been a source of concern, have come to the fore in recent years. Spanish wine exports have tripled since 1995, And last year, exports grew 22.4% to 2.3 billion liters, according to the Spanish Observatory of Wine Markets (OEMV), helping the country pass Italy as the world’s biggest wine exporter by volume.

The problem is that exports have been dominated by low-price/low-profit bulk wine, which accounted for 55% of Spain’s export volume last year.

Spain’s biggest market in 2014 was France, which bought 518 million liters of Spanish wine—for only €0.47 per liter (about $0.53). Much of that bulk wine shipped to France was then bottled, marked up, and resold as a French product.

“That’s why I bang my head,” says Urrutia. “We have the best olive oil in the world and it’s sent to Italy and sold as Italian. We send our wine to France and it’s sold as French. Why aren’t we able to do that?”

France has long been able to sell wine at good prices—including plenty of abysmal plonk—simply because it’s French. And in recent years Italy has developed the same skill. According to the OEMV, Italy has doubled the value of its wine exports since 2000, to €5.1 billion, and raised its average price per liter from €1.41 to €2.50, largely by replacing bulk exports with bottled ones.

“The real question,” says Rick Castaldi, a San Francisco State University emeritus professor of management who has studied the wine business, “is why has Spain failed in branding their wines in global markets despite having an excellent product?”

For many, the blame falls on the conservative regulatory bodies (Consejo Regulador de la Denominación de Origen, or DO Control Board) that oversee each of the country’s many wine regions.

These boards define the way winemakers can grow, make, blend, and market their grapes, often prohibiting the publication on the label of the precise origin—the terroir—of the grapes used. The Spanish wine industry is run by winery heads, not vineyard owners, which helps explain this peculiar prohibition, says wine industry consultant and “Master of Wine” Pedro Ballesteros. “The resistance to valuing terroir is because those in power don’t own vineyards,” he says. “They want to put the value on their blends.”

While being granted DO status is meant to show a wine’s high quality (as DO Rioja does), critics say that limiting terroir information denies modern wine consumers the information they now demand.

One solution is to follow what some Italian winemakers in Tuscany did and break free from the regulators. Tired of the restrictions placed on the making of Chianti wines, they downgraded their classification to the level below DO. This freed them to create new blends and label them differently, leading to the creation of “Super Tuscans,” which became immensely popular—and expensive.

Some in Spain are already breaking the rules. One is top Rioja winemaker Juan Carlos López de Lacalle, who, against DO Rioja regulations, puts his wine’s provenance on the label (Laguardia, Álava, España).

Of course, not everyone agrees that a lack of vineyard information is the problem. For Urrutia at CVNE, wineries need to get people on the ground in export markets and sell Spain’s great wine with confidence. A decade ago, the CVNE export manager didn’t speak English, she says. Now the company has representatives around the world and sells 30% of the over 6 million bottles it produces annually to overseas markets, up from under 20% a decade ago. “You have to go there and be there, pushing and selling. Because there are a lot of wines,” Urrutia says.

With 20,000 wine brands in Spain alone, she has a point. High quality alone does not sell wine; uniqueness, dependability, positive associations, and a good story do.

In that sense, Urrutia and those rebelling against DO rules are not so different: they are both searching for the best way to tell their wine’s story in a way that grabs the luxury consumer in what is a very crowded market.

Spain’s wine industry may simply need more storytellers. And in the same way that thousands of pasta joints around the world act as Italian wine ambassadors, purveyors of Spanish food is leading the way: The increase in tapas bars and restaurants around the world, Castaldi notes, may be the push that finally gives Spain its big wine break.