No, e-book sales are not falling, despite what publishers say 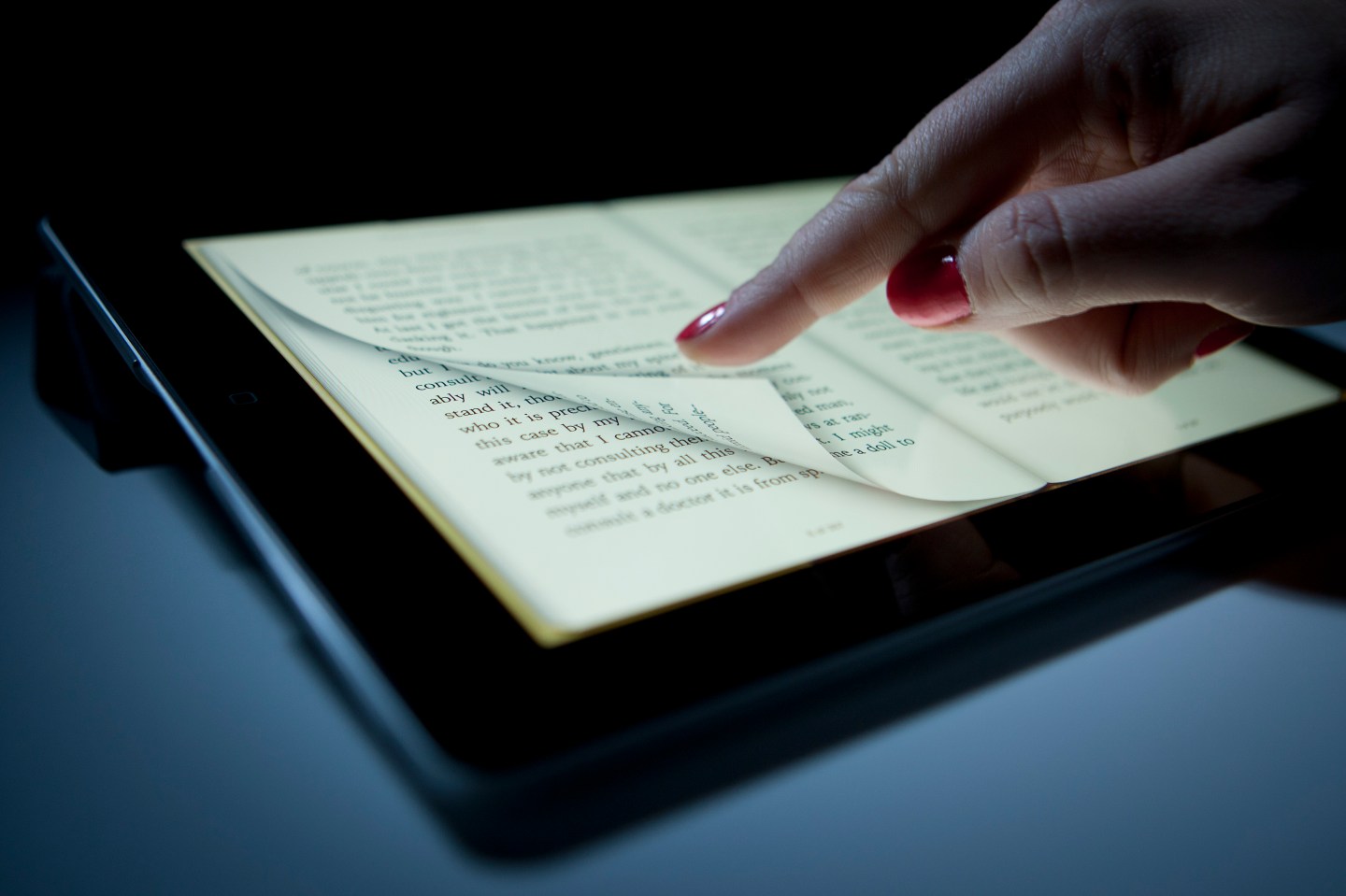 A recent piece in the New York Times about a decline in e-book sales had more than a whiff of anti-digital Schadenfreude about it. The story, which was based on sales figures from the Association of American Publishers, implied that much of the hype around e-books had evaporated — with sales falling by 10% in the first half of this year — while good old printed books were doing better than everyone expected.

This was celebrated by many as evidence that e-books aren’t all they are cracked up to be, and that consumers are swinging back to printed books. But is that an accurate reflection of what’s actually taking place in the book-publishing or book-buying market? Not really, as it turns out.

When I first saw the story, I thought it raised two important questions, neither of which was really answered conclusively in the piece (although the second was hinted at). Namely: 1) Are e-book sales as a whole dropping, or just the sales of the publishers who are members of the AAP? And 2) Isn’t a drop in sales just a natural outcome of the publishers’ move to keep e-book prices high?

You reap what you sow

Data from the site Author Earnings, which tracks a broad spectrum of information related to digital publishing, suggests that both of those things are true. In other words, a decline in market share on the part of established publishers is being taken as evidence of a drop in e-book sales overall, and at least some of the falloff in market share that publishers have seen is likely the result of high e-book prices. As the site describes it in a post:

“In nearly all media coverage of the AAP’s declining ebook revenue, their sales — the sales of just 1,200 traditional publishers — are being conflated with the overall sales of the entire US ebook market. The substitution is so automatic, that most of the journalists breathlessly repeating stories about a ‘shrinking US ebook market’ are completely oblivious to the difference.”

Some of the e-book slump amounts to chickens coming home to roost for traditional publishers. They have been fighting to keep e-book prices high — to the point where they engaged in industry-wide collusion with Apple in an attempt to do so — and they eventually managed to convince Amazon (AMZN) to let them set prices. Is it really such a surprise that higher prices lead to people buying fewer e-books?

But that’s only half the story. According to the figures from Author Earnings — which are based in part on regular samples of Amazon sales data — what’s really been happening is that the market share of established publishers has been declining, while sales of independently published e-books have been growing. In particular, sales of books that don’t even have industry standard ISBN numbers have increased.

Tech analyst Ben Thompson says in a post on this topic at Stratechery that the overall size of the e-book market appears to be holding more or less steady, growing at perhaps 1% or so per year. So it’s not so much that the market itself is growing or shrinking by large amounts, it’s more that some within that market are winning while others are losing. That’s a very different picture than the one the New York Times story painted.

Missing the forest for the trees

As my Fortune colleague Andrew Nusca noted in a recent post, whatever the short-term market fluctuations might show, the overall trend in book publishing remains clear: Digital sales are going to increase, and print is likely to become a niche market over time, just as it is becoming in the newspaper and magazine industries.

In a sense, Thompson says, publishers and others in the industry who are celebrating the New York Times story are missing the forest for the trees. They are cheering the fact that print is holding up when overall book sales are either flat or declining (in part because of high prices) even as other forms of digital content are growing.

“The implication of ebook sales falling while remaining 20% of the industry is that the industry itself is in decline. Ultimately, in the grand competition that is the market for consumer attention, the fact that books aren’t really improving while everything else is getting better means the publishers may in the end be celebrating the most pyrrhic of victories.”

The Author Earnings numbers also tend to support Thompson’s broader point, based on what he calls “aggregation theory,” which is that digital platforms from companies like Amazon are ultimately dis-intermediating existing industries like book publishing, by allowing content creators to do an end-run around incumbents and sell directly to consumers. And that is almost certainly a good thing for readers — although perhaps not so good if you are a mainstream publisher.