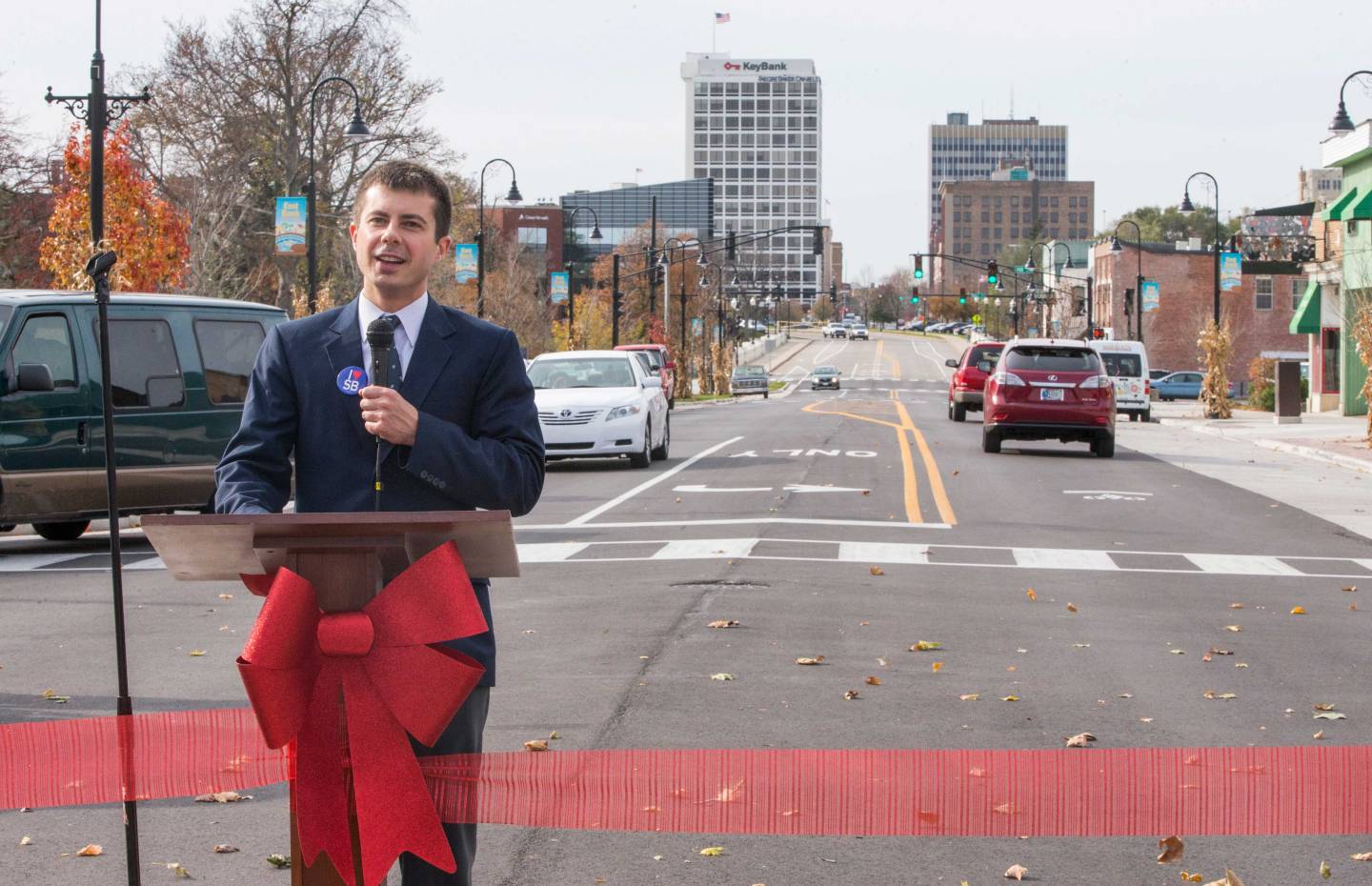 On Monday, the Obama administration announced a $160 million, multi-department initiative to fund smart cities research nationwide, with the goal of using sensors and data networks to tackle problems from crime to traffic to environmental cleanup.

The initiative, announced in conjunction with a White House forum on smart cities, includes $35 million in new grants through the National Science Foundation, $42 million for connected vehicle research from the Department of Transportation, and $50 million for the Department of Homeland Security to develop integrated information technology for emergency responders. The initiative also establishes the MetroLab Network, 20 partnerships between cities and nearby universities and industry, to pursue connected solutions to real-world problems.

One of the partnerships is between Notre Dame University and South Bend, Ind., whose mayor, Pete Buttigieg, was at the White House on Monday. South Bend seems like an unlikely candidate for smart cities development—it’s small, barely over 100,000 people, and since the 1960s has lost tens of thousands of jobs and residents. But Buttigieg sees South Bend’s resurgence tied up in connected solutions, and his plans have global implications.

He himself embodies a lot of the optimism and change that the smart cities initiatives are trying to harness. When he was elected in 2012, Buttigieg—now 33—was the youngest mayor in the country of a city of over 100,000 people. He puts his technological ambitions in distinctly millennial terms.

“The dream is to actually have a real life version of Sim City at my fingertips, so that we can see and manage [everything] in real time,” says Buttigieg.

Buttigieg says figuring out how to make that dream a reality is a lot easier in a small city, pointing to South Bend’s new smart sewer system, which avoided about $100 million in system expansion by installing $6 million worth of sensors and controls for dynamic load management.

“It’s a lot easier to take a shot at this when the system is our size, rather than as big as L.A.,” he says.

Skipping infrastructure expansion in favor of making better use of existing systems is a pillar of the smart cities philosophy. Once they’re proven, ideas like South Bend’s smart sewer can be more easily deployed in larger cities and systems—like Chicago and Atlanta, also members of the MetroLab network.

Buttigieg has also led a charge for leveraging remnants of the industrial past into a data-driven future—a challenge facing many cities across the Rust Belt. When the fiber-optic backbone of the Internet was first being laid, many of the major trunk lines followed existing right of ways—including, says Buttigieg, the railroads that ran directly through South Bend. That means it has some of the fastest Internet infrastructure in the country, which—along with the area’s cold weather—has attracted large-scale data centers into buildings like the former Union Station, and a crumbling Studebaker facility currently being revamped.

“I was always afraid we’d have to blow it up one day,” he says.

Some aspects of the industrial past are still problems, rather than assets—but connected technology can help solve them. One project under the Notre Dame partnership will be the cleanup of Bowman Creek, a tributary choked by decades of industrial pollution, which will get a new real-time water quality monitoring system.

South Bend shares another Midwest plague in the form of thousands of abandoned homes left by industrial hollowing out. Buttigieg stays sunny when envisioning high-tech solutions.

“Can I use a combination of data on utility shutoffs . . . and code violations, as an early warning system on when the next house is going to be vacant?” he asks.

The fact that Buttigieg is tackling these problems at all speaks to the change in attitudes about cities, and their politics, that the administration is taking advantage of. A former Rhodes Scholar and seasoned Washington insider, Buttigieg says he has passed up a congressional run in favor of running South Bend, where he felt he could have a greater impact. He’s also been able to attract an enviably seasoned staff.

“What NASA was in the 1960s and Silicon Valley was in the 1990s, cities are now. People with talent are increasingly drawn to the city level,” says Buttigieg.