Looking at Apple’s event from outside the reality distortion field 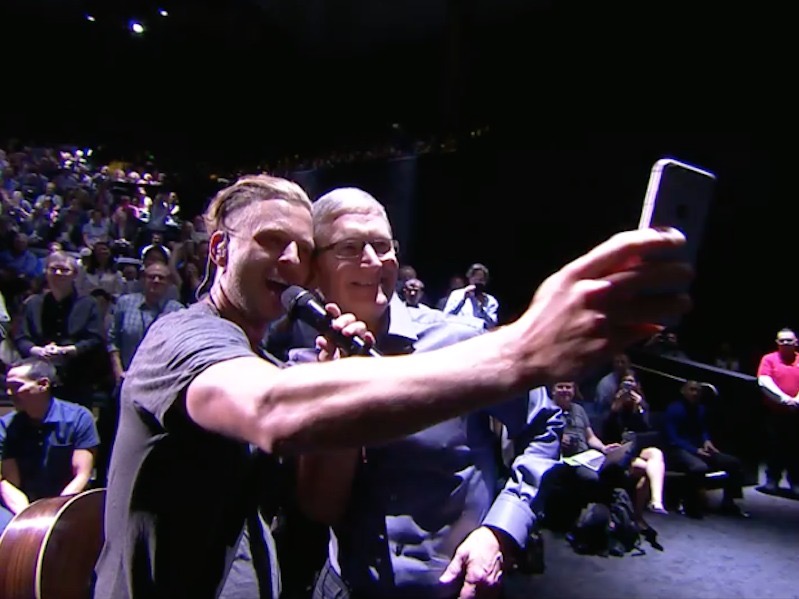 I was amused over the weekend to read accounts of Apple’s Sept. 9 event by a pair of self-proclaimed Android enthusiasts: Joshua Topolsky, recently canned by Michael Bloomberg, writing this week for the New Yorker; and Holly Brockwell, a Twitter phenom and editor of Gadgette, a website for women.

In the excerpts below, each is responding to his or her impression that most of the innovations Apple unveiled last week—90% by Topolsky’s estimate—had already been deployed by Apple’s competitors. By Samsung. By Google. By Microsoft. By Amazon, Hulu, Netflix, Roku and Sony.

“After [One Republic’s Ryan Tedder] took an awkward selfie with Tim Cook, the stream ended, leaving me with a gaping sense of disappointment that a) there was nothing original and b) no one else seemed to realise there was nothing original. For me, watching Apple announcements feels like being the shortest person at a gig—everyone else is watching something amazing and I just can’t see it. I want to, but I can’t. All I can see is a bunch of sweaty nerds clapping and whooping like sea lions, eagerly snapping up the stale fish Apple throw.”

Topolsky, however, has been around the block before. He knows that Apple has a knack for making ideas you’ve seen and heard before “seem like things that have just sprung, fully formed, from the elastic mind of Jony Ive.”

“And that’s part of the reason why Apple’s ‘me too’s end up feeling like ‘me-first’s. In the digital age, execution is staggeringly important, and there isn’t a single company in existence that can pull off polish and simplicity like Apple. While other companies struggle just to get all of their devices and services talking to one another, Tim Cook and friends are worrying over the details that actually make consumers pay attention. The products don’t just work the way they should; they feel the way they should. Reducing friction, even a single click, can change the way a user perceives an entire product.”