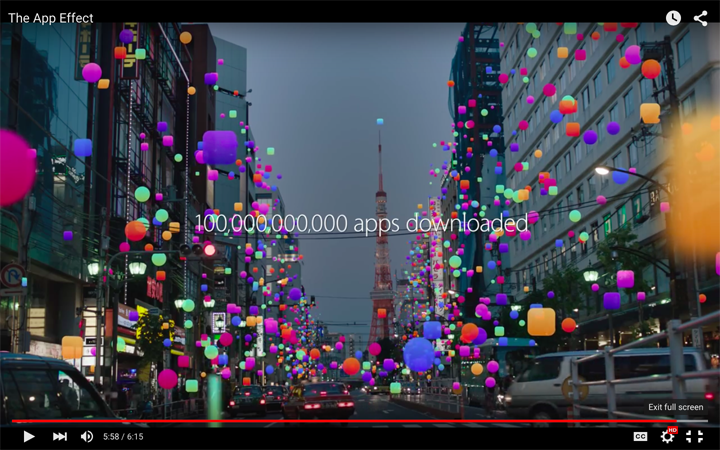 “After seeing Apple unveil watchOS and tvOS,” wrote Above Avalon‘s Neil Cybart in a note to subscribers Monday, “the significance of the ‘The App Effect’ video takes on a whole new meaning.”

He’s referring to a six-minute promotional movie that Apple screened one time, in June, at the company’s annual World Wide Developers Conference, before relegating it to YouTube.

I just re-watched “The App Effect.” Cybart is right.

“While the video was focused on iPhone apps, it is reasonable to one day replace ‘iPhone’ with ‘Apple Watch,’ ‘Home,’ and even ‘Car.’ Apple looks at apps as the path to accomplishing its long term goals.”