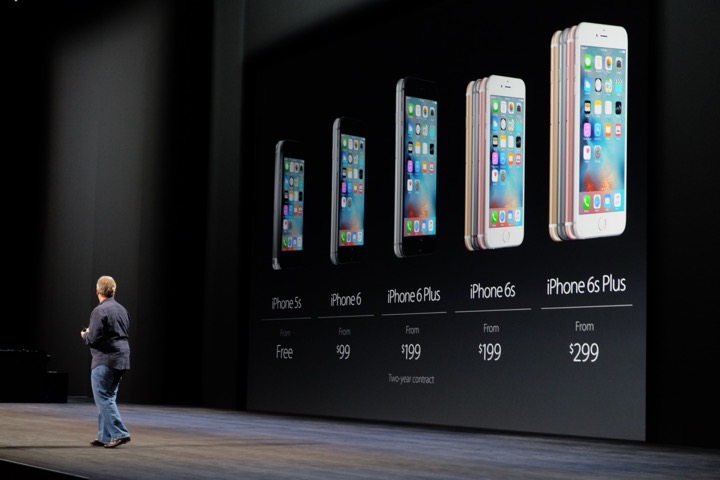 Pre-orders for the new Apple iPhones began today and if history is any guide, millions of first-time buyers—trusting Apple not to sell them a lemon—will opt for the least expensive model, the one that comes with 16 gigabytes of storage.

But a 16-gigabyte iPhone 6S is a lemon—a $649 smartphone that will almost certainly run out storage before its contract runs out.

“Don’t buy a 16GB iPhone!” warns Gizmodo’s Kate Knibbs, calling it “the hand job” of iPhones—a product that works but does not satisfy.

The official explanation for not killing the 16GB model, offered by its senior VP of marketing Phil Schiller in June, is that it makes a superior smartphone more affordable for more people. As services move to the cloud, he says, price-conscious consumers may not need “gobs of storage.”

But the new phones do need gobs of storage. An estimate 4GB or 5GB just for the operating system. 1.5GB for a 200-song playlist. 75 megabytes for Angry Birds. 275MB for Monument Valley. 300MB for each minute of 4K video.

How much would it cost Apple to bump 16GB to 32GB? At today’s prices, according to IHS, roughly $6.72 per smartphone.

“Killing the 16GB phone and replacing it with a 32GB model at the low end,” he writes, “would obtain things money can’t buy—satisfied customers, positive press coverage, goodwill, a reputation for true commitment to excellence, and a demonstrated focus on the long term.”