What’s the Apple Watch good for? Report from 2,000 users. 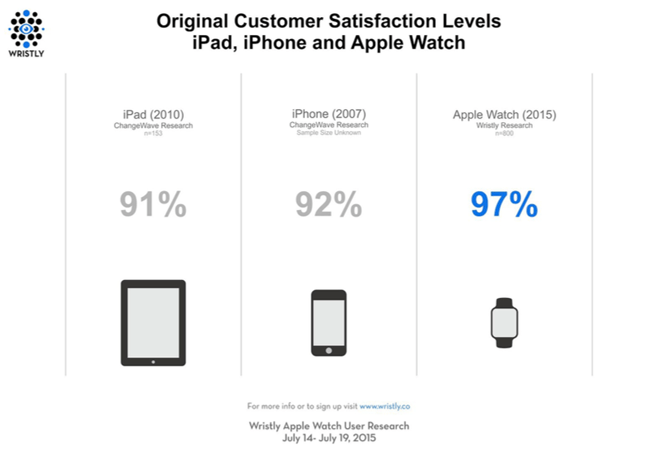 There’s a ton of information in Wristly’s State of the Apple Watch report, which for reasons known only to itself the survey firm chose to release on the eve of an Apple event that’s not about the Watch.

The 97% satisfaction rating should be taken with a grain of salt, given the inherent pro-Apple bias in the self-selected sample.

But the chart below, which compares a couple thousand owners’ expectations for the Watch with their actual use of the device, is the real deal.

Remember, Apple pitched the Watch as three things in one:

Time and fitness? Check. New ways to stay in touch? Not so much.

LINK: The State of the Apple Watch