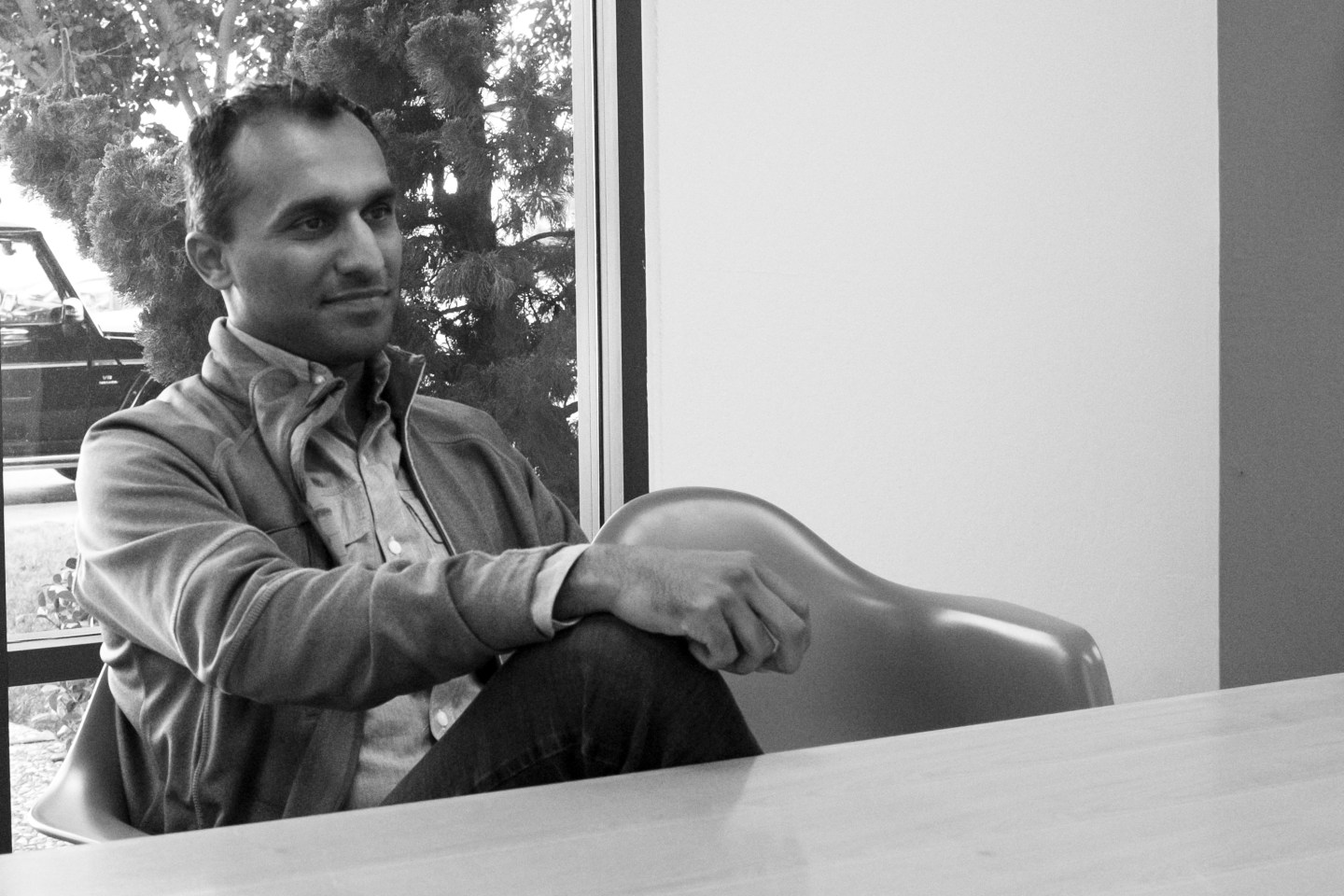 To appreciate the rapid growth at Silicon Valley incubator Y Combinator, consider this: In 2009, it shepherded 42 startups through its boot camp. This year, it will graduate 222.

Indeed, Y Combinator, a spawning ground for emerging tech giants Dropbox, Airbnb, and Stripe, has had to race to keep up with its ambitions. Once a mom and pop operation, it has has evolved into a quasi startup factory, university, and venture capital fund rolled into one.

“I never thought in a million years that we would have over 900 startups who have graduated Y Combinator,” said co-founder Jessica Livingston.

The rapid growth is why the incubator announced the appointment of a new chief operating officer Wednesday, Qasar Younis. Younis, the new second in command, will manage all Y Combinator events, operations, finance and legal functions, as well as advise startups.

Younis, similar to his boss, Sam Altman, Y Combinator’s president, was a startup founder who graduated from Y Combinator. But Younis’ background makes him unique in a world filled with Stanford and MIT computer science degrees.

Younis, 33, was born on a farm in Pakistan. He emigrated to the U.S. in 1988, where his parents found work as blue collar workers in the auto industry in Detroit. Immersed in a region dominated by Ford, Chrysler and General Motors, Younis didn’t dream of developing the next hot mobile app. Rather, his goal was to be an engineer at an automobile company. Younis ended up attending Kettering University, in Flint, Mich., which let students work at General Motors while completing their engineering education.

But when Younis graduated from college, one of his mentors at school told him that he should get out of the auto industry. The writing was on the wall for the auto industry to implode, he advised Younis, and he should look to other industries for his future career.

After graduating from Harvard Business School, Younis had a brief stint at a Sears Holdings before deciding he wanted to move to San Francisco. He packed a car, arranged for a few couches to crash on, and drove to San Francisco in 2010. As part of the plan, he along with a few friends, decided to apply for Y Combinator with an idea to build a new way for people to give small and medium sized businesses feedback called TalkBin. Younis and his team ended up being accepted into Y Combinator’s 2011 class.

As the company went through Y Combinator, Younis started fundraising and was able to find commitments of $7 million dollars for a seed round (even though the company only planned to raise $1.3 million). TalkBin was a few days away from signing a term sheet in March of 2011 when they took a meeting Y Combinator had arranged with Google. Within a few hours of the meeting, Google showed interest in acquiring TalkBin, and within days, the search giant had made a formal offer.

Younis ended up joining the Google Maps team, which worked with local businesses to onboard them onto Google, and stayed at the company for three and a half years. But his heart was always at Y Combinator, where he was a part-time partner, advising the incubator’s startups, and sharing ideas with Y Combinator co-founder Paul Graham (who is Livingston’s husband). He eventually left Google in 2014 to join Y Combinator as a full time partner.

“Y Combinator is a rare institution,” Younis said in an interview with Fortune. “It sits between a university and a venture fund.”

These days, however, it’s hard not to think of Y Combinator as a venture fund. Beyond backing the startups accepted into the program with seed funding, the organization just launched a separate fund, called the Continuity Fund, to back its alumni in future fundraising rounds.

But Younis, Livingston and Altman maintain that they don’t think of Y Combinator as a venture capital firm.

“We are a company that helps startups—yes, we help them with capital but that’s just one of the ways we are helping build companies,” says Altman.

Livingston echoes Altman’s thoughts: “We never saw ourselves as a venture capital firm—funding was a means to help people with their startups. If anything, we wanted to be more of a distributed version of Google one day and wanted to be able to allow innovation to happen without it being under one particular company.”

Younis explains that Y Combinator has grown into more than just a traditional incubator, and needs some structure and leadership around operations, hence his promotion to COO.

Each class graduates over 100 startups (a number both Younis and Altman says will grow over time), and the classes are divided into four groups, similar to the segmentation that takes place in MBA classes. Two to three of Y Combinator’s partners are assigned to manage each group, and ensure they are meeting deadlines. Y Combinator partners also give advice to the hundreds of alumni companies that can still ask partners for help in fundraising, product, and business development.

The current value of the companies that have graduated from the program is $65 billion, according to Y Combinator. There are currently 40 alum companies worth $100 million and more than 8 companies worth at least $1 billion.

To handle the growing duties, Y Combinator’s headquarters are in Mountain View, but like many VCs these days, it has also opened an office in San Francisco.

Beyond the logistics of the startup incubator, the organization has its own proprietary software built specifically for its companies to use. For example, Y Combinator operates an internal social network for current and alumni companies to connect called Book Face. Y Combinator also has an internal question and answer forum for companies to use to get advice from each other and a database holding information on every technology investor. Altman says that Y Combinator will continue to develop new in-house software.

In addition to the traditional demo days where startups present their ideas to investors, Y Combinator now holds multiple events in Silicon Valley, across the country and overseas; at colleges and universities in the U.S.; and in other countries (and recently hired events coordinator Susan Hobbs from tech news site TechCrunch to help manage and organize events). Earlier this year, it announced a lighter version of its incubator program, YC Fellowship, which gives early stage startups and founders a small grant and limited access to some of Y Combinator’s partners and events.

And then there’s the application reviewing for the two classes accepted each year. When Altman went to Y Combinator as a startup founder in 2005, there were 60 applicants for eight openings. For this past session, 7,000 startups applied for approximately 106 spots, with a 1.5% acceptance rate. For comparison, Stanford had a 5.1% student acceptance rate in 2014; Harvard’s 2014 acceptance rate was 5.9%.

Of course, there’s the argument that frequently becomes chatter amongst venture capitalists that as Y Combinator accepts bigger classes, it reduces the overall quality of the participating startups. The Dropboxes and the Airbnbs were created when Y Combinator was small and nimble.

“We’ve debated this every year, and here’s the thing—the startups across the board have gotten better every year, and Y Combinator has grown in prominence year over year,” said Altman.

For Younis and Altman, the challenge will be managing and continuing the scale and the quality of Y Combinator both in terms of the startups, and the services and advice that the organization provides.

The other challenge is making sure that each company receives the individualized, hand holding treatment Y Combinator is known for. On several nights before Y Combinator’s demo day last week, Younis was coaching startups on their investor pitches until 4 am. The night before Demo Day, a startup received a term sheet, and Younis was on the phone with a founder at midnight advising him on specific terms.

But Younis, Altman and Livingston say that if there ever comes a time where the personalized attention becomes compromised, then that’s the time to cut back. For now though, startups are receiving the same treatment as earlier classes.

“Our guiding star is that every founder should leave Y Combinator thinking that unequivocally, this time changed the trajectory of the company,” said Younis.