How a Newark school went from ‘Baghdad’ to ‘Possibility High’ 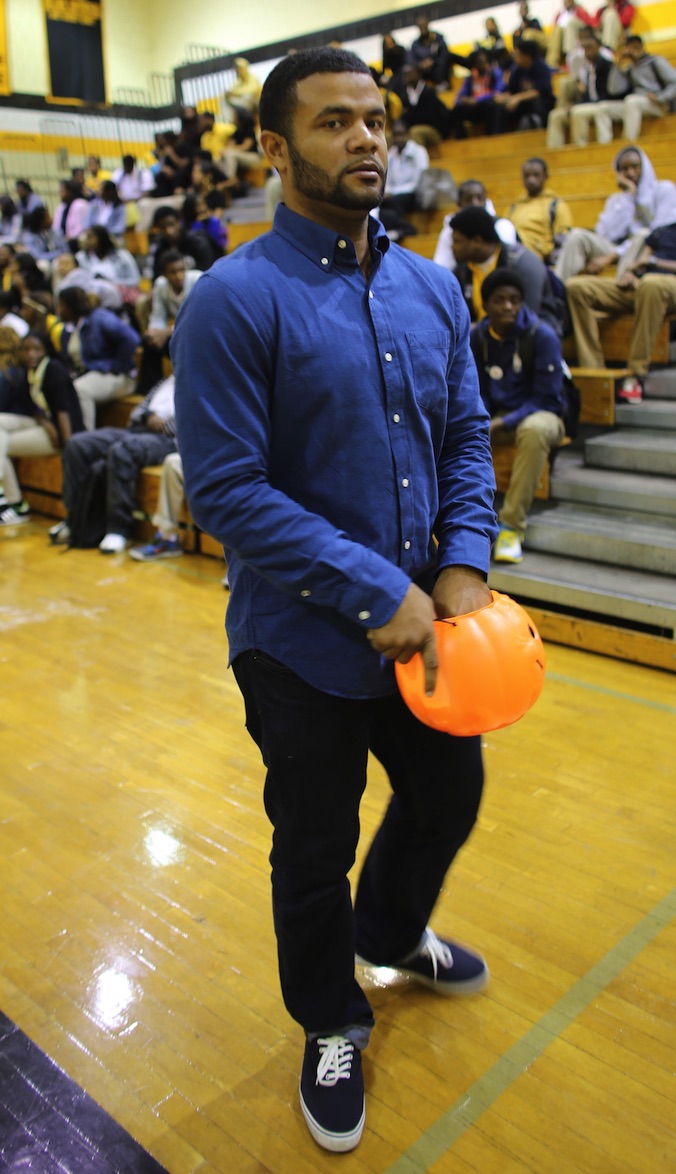 According to education expert Tony Wagner and venture capitalist Ted Dintersmith, the U.S. school system was engineered a century ago to produce a work force for a world that no longer exists. In this excerpt from their new book, Most Likely to Succeed: Preparing Our Kids for the Innovation Era, they look at a New Jersey high school that’s using innovative new ways to prepare students for today’s economy.

The minute you set foot in Malcolm X Shabazz High School in Newark, New Jersey, you notice something different. In a school that for years held a spot on the list of our country’s most troubled high schools, kids walk down halls with confident smiles and a sense of purpose. In the past couple of years, attendance rates have jumped dramatically. Kids now come to school on snow days. And during lunch, groups of kids take their lunch trays to sessions tutoring them on things like writing skills.

The Newark school system has long been viewed as Ground Zero for education reformers. Several, including Bill Gates, Mark Zuckerberg, the Waltons, and Eli Broad, set out to transform Newark schools and make them a national model. Zuckerberg announced a $100 million gift to Newark education on the Oprah Winfrey show, timed to coincide with the documentary Waiting for Superman. But, as the New Yorker reported, this heavily funded reform initiative accomplished nothing other than lining the pockets of consultants. In a telling line from Vivian Cox Fraser, the president of the Urban League of Essex County, “Everybody’s getting paid, but Raheem still can’t read.”

Gemar Mills, the principal of Shabazz, explains, “When I took over as principal in 2011-2012, I was the fourth principal over the course of four years, the state had recommended the district close the school, and the media dubbed the school ‘Baghdad.’ I couldn’t begin to count the problems at this school. Nothing was working.” So what’s different now about Malcolm X Shabazz, if reform policies had no impact? Principal Mills teamed up with The Future Project, which hired an extraordinary visionary named Divine Bradley. Bradley is the head Dream Director at Shabazz, and part of the audacious nonprofit called The Future Project. He walks the halls of Shabazz, gets to know the students, and engages them on the question of “What’s something big and bold you’d like to do with your life to make your world better? I’m here to help you.” Most students have never been asked about life goals before. As a result of this kind of engagement, students at Shabazz rise to challenges, take on ambitious projects, and approach education and life with newfound purpose.

In the 2013-2014 school year, the Shabazz girls’ basketball team hadn’t lost a home game in thirty years and was ranked number two in the nation by USA Today. Though most players had never been on an airplane before, the team dreamed of playing in the national tournament in California, in which they had been invited to compete for two consecutive years. They approached their Dream Director for support, who responded, “I’m here to help, but you need to lead this effort, figure out your plan, and make it happen.” Well, they did research and learned that former NBA star Shaquille O’Neal was born in Newark. They found a time he’d be in town. They worked with Bradley and Principal Mills to figure out a way to convince Shaq to come to their school and help them paint a mural. In advance, they prepared their pitch asking him to support their trip, complete with well-written backup. When he was at Shabazz, the team made their case, and O’Neal committed the funds to make the team’s dream a reality. Principal Mills explains, “The impact on these girls, and on the rest of the school, was transformational. Under different circumstances, many would have dropped out of high school. However, this team served as an example of what could happen when you dream big and work hard. Of the five seniors on the team, all five graduated from Shabazz with diplomas—three with high honors. Moreover, all five seniors received scholarships to top colleges throughout the country. We now call our school Possibility High.”

This school year, The Future Project launched an initiative called FutureU, as it expanded to high schools all over the country. Students spend time during lunch hours, before school, after school, or on Saturdays learning the skills required to accomplish their dreams: effective communication skills, how to manage projects, how to collaborate, and how to critique and exchange feedback. FutureU makes other school classes more compelling for the students and more effective for the teachers, since the link between a class and life is more apparent. Principal Mills reports that The Future Project doesn’t just transform his students. He notes, “Our teachers and our staff all have dreams of their own, and Divine and his team help them achieve what they strive for. I knew just how special this program is when one of our security guards put up a huge picture of himself, alongside other students’, which said his dream is to be a Newark policeman.”

Not yet three years old, The Future Project is one of the fastest-growing and most successful nonprofit start-ups since the founding of Teach For America in 1990. Possibility High? That’s the point of The Future Project. If the top priority of our education system were engaging and inspiring kids—not testing and measuring them—all sorts of things would be possible.