Why almost 1,000 flights were grounded this weekend 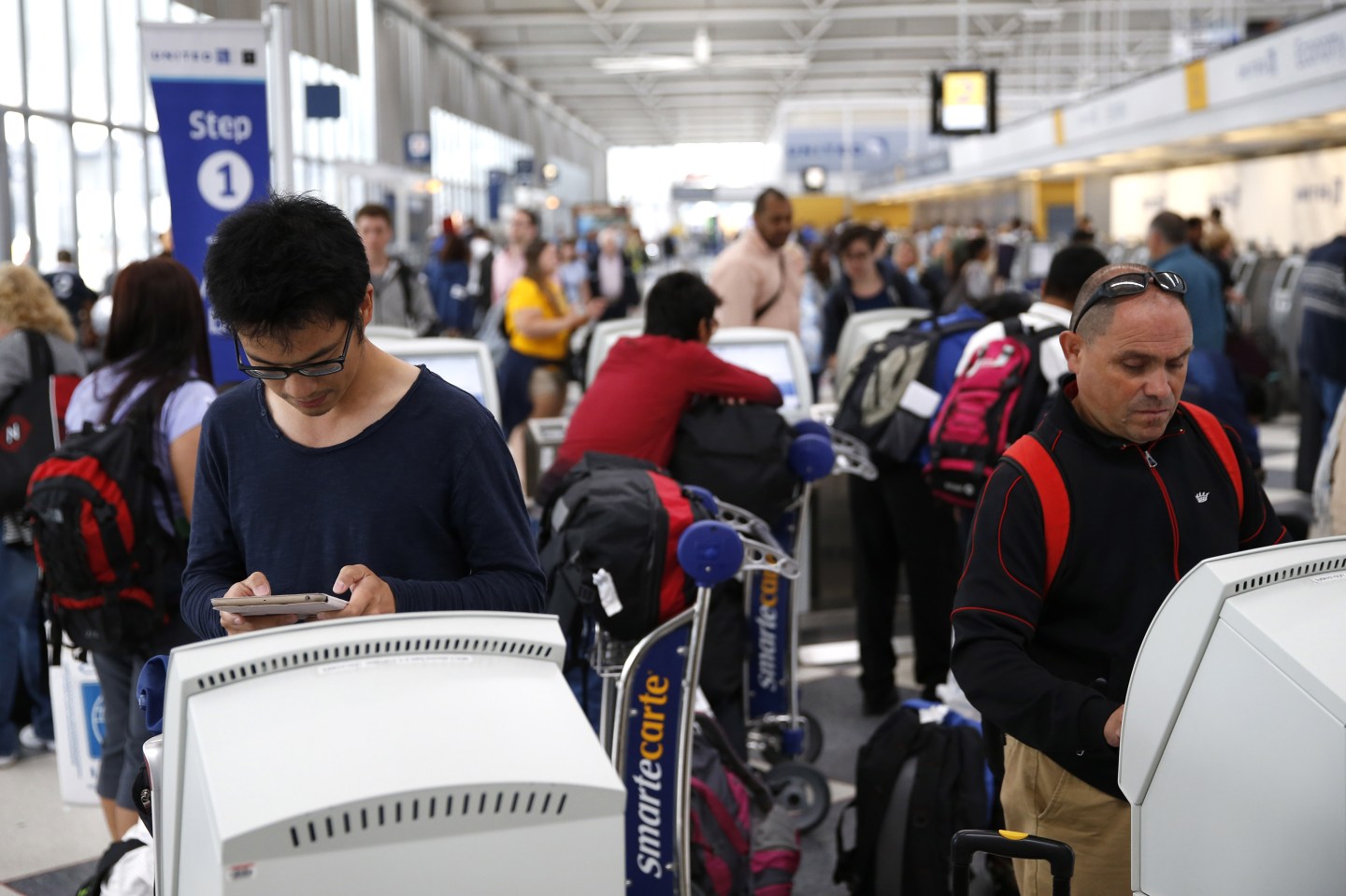 08 Jul 2015, Chicago, Illinois, USA --- July 8, 2015 - Chicago, IL, USA - United Airlines passengers use the kiosk machines at the economy check-in area of O'Hare International Airport as flights were delayed due to a stoppage on Wednesday, July 8, 2015. United grounded all U.S. flights because of ''automation issues.'' Planes at O'Hare were not leaving the gates, and some passengers said they were unable to book flights. (Credit Image: © Jose M. Osorio/TNS/ZUMA Wire) --- Image by © Jose M. Osorio/ZUMA Press/Corbis
Photograph by Jose M. Osorio — ZUMA Press/Corbis

The upgrade was performed on the En Route Automation Modernization (ERAM) satellite-based computer system for air traffic management, a new computer system implemented by the FAA in March of this year.

The administration posted a statement on Facebook saying that the update was meant to provide air traffic controllers with additional tools. They have assured consumers that they disabled the new features while they assess the issues.