Carly Fiorina as a boss: The disappointing truth 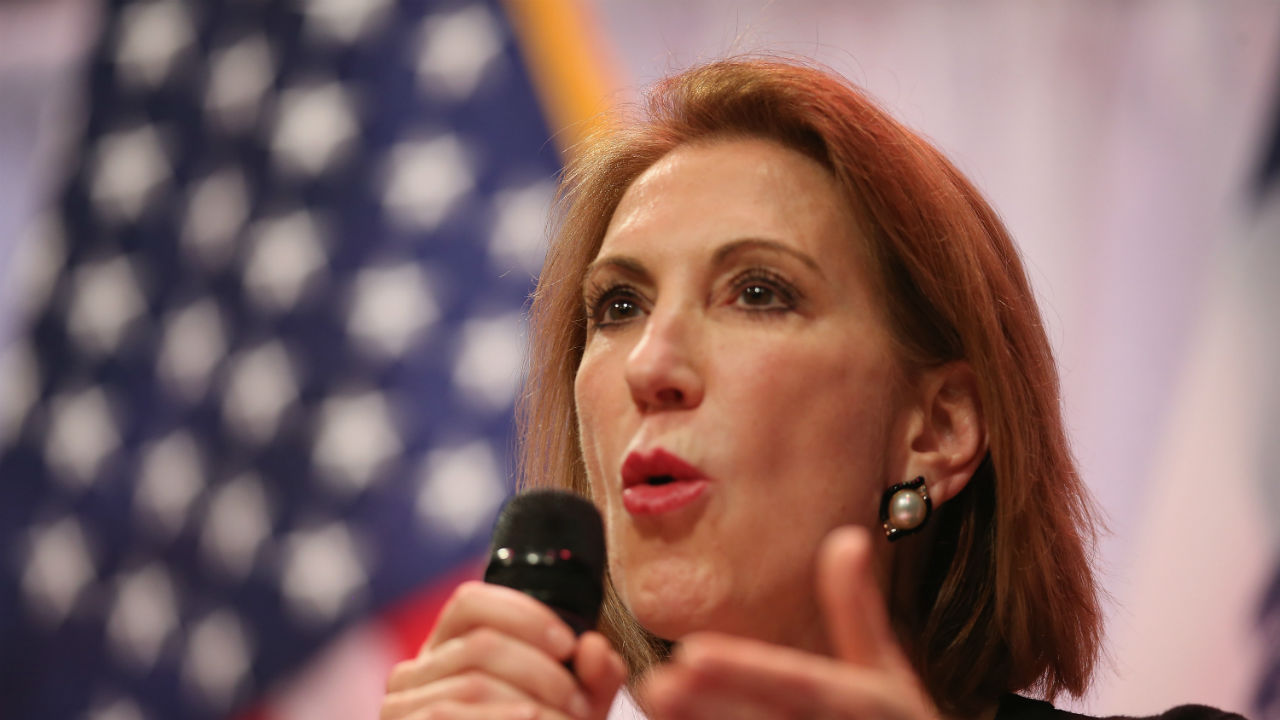 It is time to take her candidacy seriously and examine her leadership record. Having never held elected office, she has staked her reputation on her business career.

Fiorina is eager to be seen as the answer to Democratic slogans of a Republican war on women. She’s often been erroneously referred to as the first woman to lead a Fortune 500 firm, Hewlett-Packard (HPQ). That title actually belongs to The Washington Post Company’s Katharine Graham. Then there are the many other trailblazing women leaders preceding Fiorina, including Beechcraft’s Olive Ann Beech, Mattel’s Ruth Handler, Beatrice Food’s Loida Nicolas-Lewis, the Body Shop’s Anita Roddick, Martha Stewart, and Oprah Winfrey.

Still, with a scant 5% of Fortune 500 firms employing women CEOs, her leadership of a huge global enterprise in the macho field of IT is impressive. But how did she do?

The answer in short is: Pretty badly.

In 1999, a dysfunctional HP board committee, filled with its own poisoned politics, hired her with no CEO experience, nor interviews with the full board. Fired in 2005, after six years in office, several leading publications titled her one of the worst technology CEOs of all time. In fact, the stock popped 10% on the news of her firing and closed the day up 7%.

Arianna Packard, the granddaughter of HP’s founder, commented when discouraging voters from supporting Fiorina in her 2010 senatorial run, “I know a little bit about Carly Fiorina, having watched her almost destroy the company my grandfather founded.”

However, before Conservative Political Action Caucus in February, Fiorina proclaimed that under her HP command, “We would double its revenues to $90 billion, triple its rate of innovation to 11 patents a day, and go from a laggard to a leader in every product category and every market segment in which we competed.”

Sure, she doubled revenues—through a massive, ill-conceived, controversial acquisition of Compaq Computer in 2002—but Fiorina did nothing to increase profits over her five-year term, with the S&P 500 showing net income across enterprises concomitantly up 70%. Furthermore, shareholder wealth at HP was sliced 52% under her reign against the S&P, which was down only 15% in that bearish period. She modeled the old joke of “making it up in the volume.”

Fiorina rammed the Compaq deal through despite intense opposition by analysts, employees, and shareholders. When it appeared that she would lose the proxy vote, the balance was tipped back the other way using hardball tactics that would make Donald Trump wince.

In proxy voting, Deutsche Bank originally voted against the transaction with the massive HP shares it held in various fiduciary accounts—representing the interests of its investment clients. Enraged, Fiorina threatened in a recorded voicemail, “we may have to do something extraordinary” to bring Deutsche Bank over the line. In a conference call with Deutsche Bank commercial bankers eager to do business with HP, she stated “This is obviously of great importance to us as a company. It is of great importance to our ongoing relationship.”

After such coercion, Deutsche Bank’s commercial bankers intervened; apparently fearing lost business then, supposedly independent Deutsche Bank fund managers reversed their vote. This was immediately challenged in Delaware Chancery Court. The court saw the danger of such alleged vote-buying, but ultimately it allowed the deal.

In the 10 years since Fiorina’s ousting from HP, most of the acquired obsolete Compaq device businesses have been shuttered with the remainders divested this year. This Compaq “heavy metal” strategy was not even her expressed plan just months before the acquisition. Her stated goal was not to build up hardware but just the opposite, to emulate the revival of competitor IBM ramping up HP’s service revenues.

In 2000, Fiorina failed to close a deal with Pricewaterhouse Coopers consulting business worth $18 billion. A few months later, PwC happily sold the business for $3.5 billion to IBM (IBM). Interestingly, this deal was skillfully executed by IBM’s current CEO Ginni Rometty. To add to the irony, Fiorina’s doubling down into the device business took HP into the exact opposite direction of IBM. IBM was exiting this commoditized space, selling its laptops and ThinkPads to Lenovo.

The lost shareholder wealth and lost strategic direction at HP are only part of Fiorina’s legacy. Also lost during her reign were 30,000 U.S. tech jobs, the company’s revered employee morale, and the egalitarian, humble HP way culture. A new defensive, finger-pointing style of leadership led to waves of firing. Dissent was equated with disloyalty as discovered by Walter Hewlett, a board member and son of HP’s co-founder, when he questioned Fiorina’s misguided Compaq acquisition strategy and refused to be bullied into a board statement of unanimous consent, suffering legal and personal threats.

Despite such carnage, Fiorina pocketed over $100 million in compensation for her short reign—including a $65 million signing bonus and a $21 million severance. I have studied comebacks from adversity, but she’s not shown the required contrition nor earned the needed exoneration, and she’s not served as a CEO since. Upon leaving Taiwan Semiconductor’s board, the firm disclosed she only attended 17% of the board meetings. Under Meg Whitman’s brilliant leadership, HP’s character and performance have recovered, but we have not seen Fiorina’s parallel resilience just yet.

Jeffrey Sonnenfeld is Senior Associate Dean for Leadership Studies at the Yale School of Management and Lester Crown Professor of Management Practice and co-author of FIRING BACK (Harvard Business School Press).