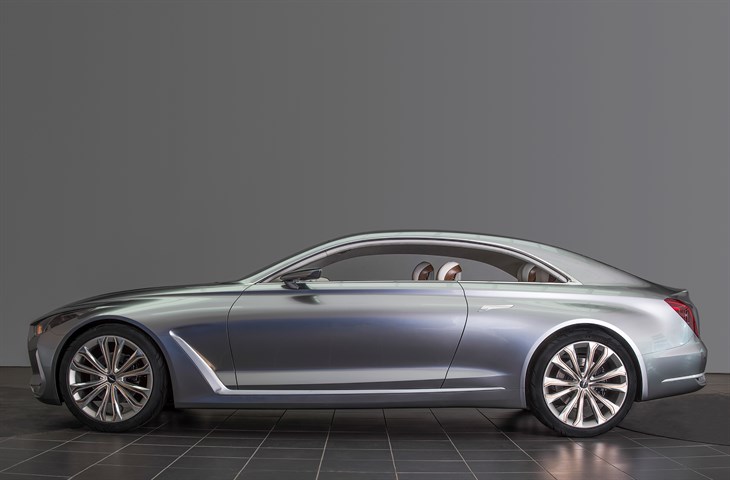 Hyundai has revealed a new and elegant concept car: the “Vision G”— a classy, yet audaciously modern, car that appears to signal the intended direction Hyundai wishes to take with its next generation of luxury cars.

The design team, led by Christopher Chapman, sought to find elegance in simplicity, designing the car with “chivalry” in mind, according to Hyundai news. A sleek, narrow concept with a longer hood and marked by grooves flowing from front to back underscore its intended subtly. Its “slingshot appearance” exhibits a design that “appears dynamic and in constant motion,” Chapman said.

The Vision G’s door handles, too, display a kind of gentility, automatically opening when pressed. They are designed, as USA Today reports, “with the idea that hotel doormen or parking valets won’t have to pull open the door. Rather, they push the handle and the door swings out on its own.”

The core of this stunning concept follows suit with an engine sporting not just elegance, but power. “The award-winning 5.0-liter Tau V8 engine produces 420 horsepower at 6,000 rpm and 383 lb. ft. of torque at 5,000 rpm,” reported Hyundai news.

According to USA Today: “Though the Vision G is badged as a Genesis, Hyundai’s midsize luxury sedan and sports coupe, Chapman and Hyundai brand President Peter Schreyer clearly indicated that his team has bigger things in mind, talking about its “flagship” direction.”