Apple may be bringing fighter-jet technology to car windshields 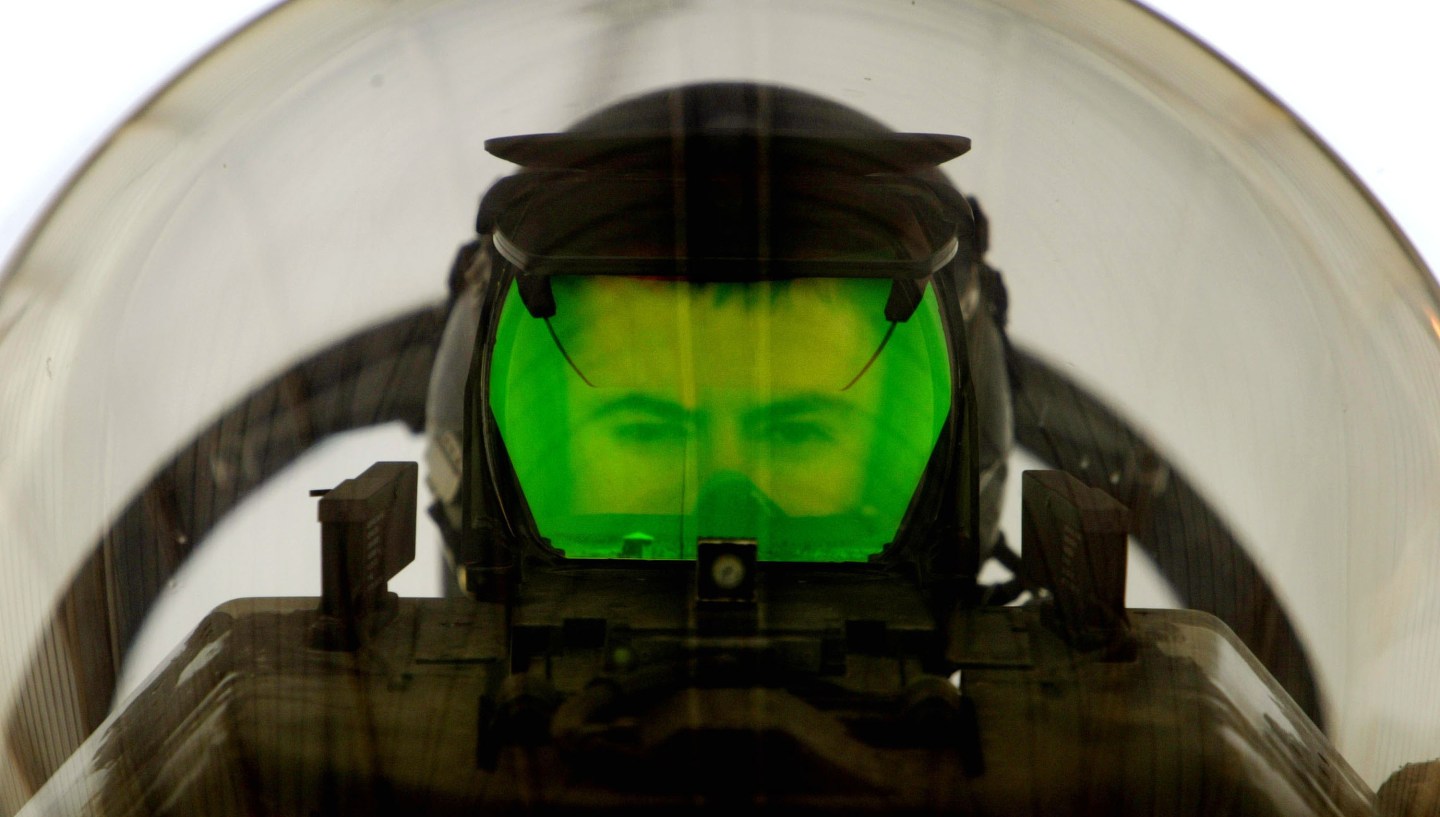 UNSPECIFIED - APRIL 2: A U.S. Air Force pilot looks through the Heads Up Display (HUD) of his F-16 "Fighting Falcon" as he prepares to deploy on a mission April 2, 2003 at an air base near the Iraqi border. The air force has shifted its attacks from strategic targets to troop positions. (Photo by Ian Waldie/Getty Images)
Photograph by Ian Waldie — Getty Images

One Apple analyst says that it’s “very likely” the company is working on a head-up display (HUD) for car windshields. The technology, which is currently used in jets, would project icons and information onto the windshield, according to the Washington Post.

Global Equities Research analyst Trip Chowdhry said that the launch of the device is “not imminent,” and he seems to be the only analyst predicting Apple’s entry into the head-up display space. Plus, Chowdhry has frequently read Apple’s tea leaves inaccurately.

Disclaimers aside, it’s not entirely unlikely that Apple is developing a high-tech answer to the distracting nature of a car dashboard. Apple does seem to be developing an all-electric minivan that may be self-driving under the codename “Project Titan,” according to reports by the Wall Street Journal. And since HUDs on windshields are already being touted by the auto industry as the next big thing, it’s reasonable Apple would want the technology in its potential car.

According to the Post report, BMW, Hyundai and Volvo have all shown interest in advanced HUD technology. Jaguar Land Rover has already announced it was working on one that would deliver directions through a “ghost car” that the driver can tail. So, even if Apple isn’t working on the innovation for its secret car project, drivers will probably get to experience it through more mainstream future cars.