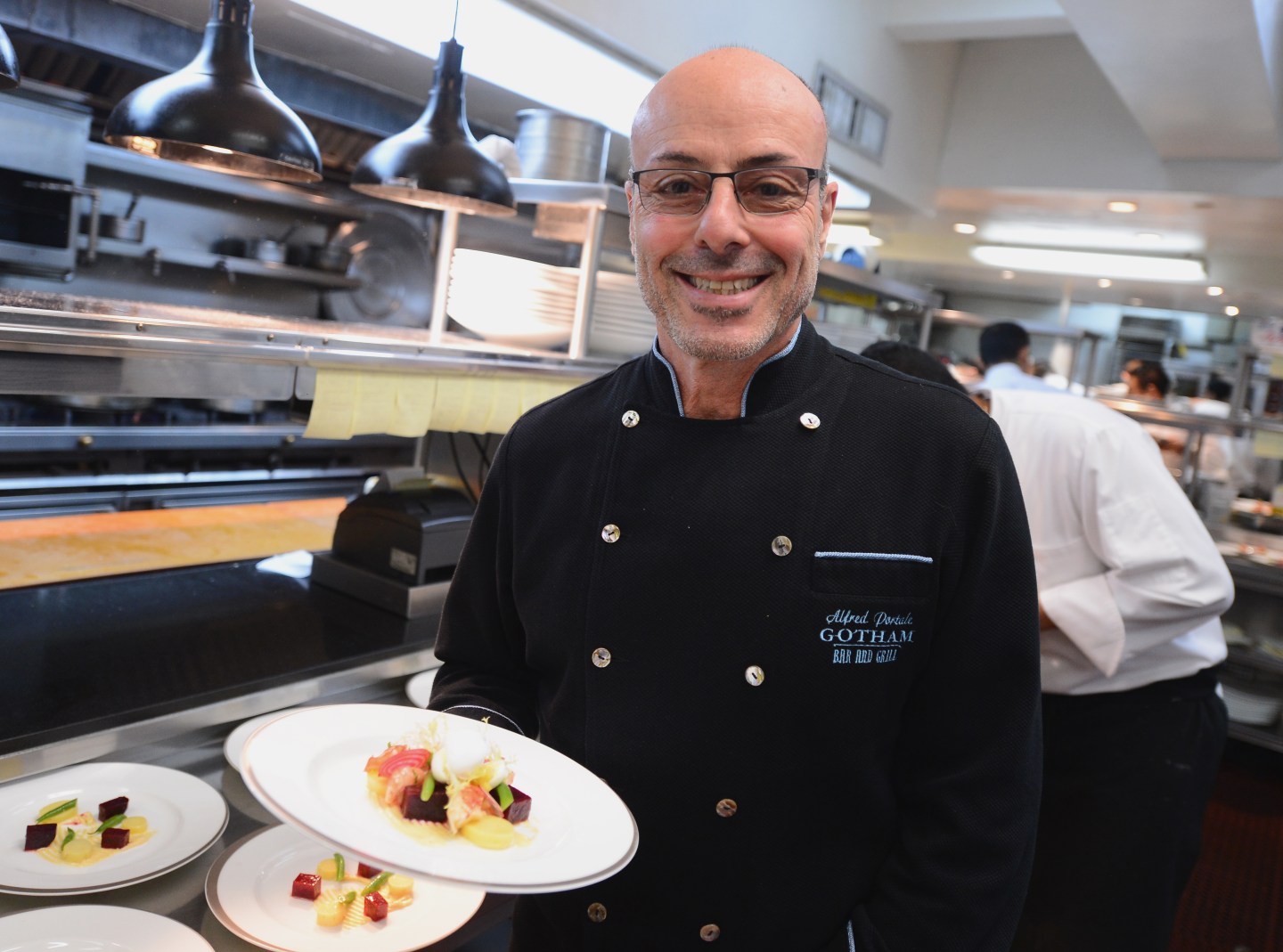 Gotham Bar and Grill is a top-rated New York City restaurant with a coveted Michelin star. Not that long ago, it would have been a dream destination for those aspiring to a culinary career. But there’s no waiting line of figures in kitchen whites today.

“If I had a position open in the kitchen, I might have 12 resumes, call in 3 or 4 to [try out] in the kitchen, and make a decision [a few years ago],” co-owner and chef Alfred Portale told Fortune. “Now it’s the other way around; there’s one cook and 12 restaurants” chasing that candidate.

Chefs from all say that getting kitchen talent is tougher than baking a soufflé during an earthquake, and it’s painful for those who are working in kitchens. “All the salary guys are working unforgivable hours, 70 hours [a week]” to make up for the lack, southern California chef and restaurateur Brian Malarkey told Fortune.

The employee drought has multiple causes.

Restaurant ownership is a bucket list item for many, and the improved economy has meant many more new restaurants. In the greater Denver area, ten new fine dining restaurants would open in a normal year. “Last year, there were something like 50,” said Eric Skokan, chef and owner of Black Cat Bistro and Bramble & Hare restaurants in downtown Boulder. “There aren’t enough qualified cooks … or unqualified cooks.”

People used to start at the bottom and work their way up. No longer. “Younger people are looking for the quick buck instead of investing in their future,” said Kevin Templeton, executive chef of barleymash in San Diego. Susan Robbins, president of the Careers through Culinary Arts Program, or C-CAP, which works to prepare underserved students for culinary careers, noted an “impatient culture” that expects instant success.

TV is one reason. “They all want to be Anthony Bourdain,” said Chris Coombs, chef/owner of Boston Urban Hospitality, which operates three restaurants. “The television era has warped the perception of how much work it takes to get from where they are to where [Bourdain] is.”

Culinary school is expensive and starting wages are low. “You’ll be on salary ranging from $22,000 to $35,000 [a year],” said Sam McDermott who, up until he left restaurant work earlier this year, was executive chef at Chicago’s Juno restaurant.

At the Culinary Institute of America, tuition, supplies, room and board in New York tops $31,000 a year. Grads can have major student loans to pay off, and that’s without living costs. “That is yet another challenge, paying a starting salary for a line cook and having them be able to survive [in an expensive city],” Portale said. Many students turn to large chains, resorts, and other big facilities that can offer more.

How restaurants are trying to adapt

Restaurants have upped their rates. “We now pay our staff probably $3 to $5 an hour more than we did when we first opened [three years ago],” Chef/owner Will Gilson from Puritan & Company in Cambridge, Massachusetts said. Chef salaries, even in a small restaurant, have gone from $50,000 to $70,000 a year, according to Paul Turano, owner and executive chef of both Tryst and Cook in the greater Boston area. But rising pay also fuels culinary mercenaries who may not even be that good and yet ready to leave for the next best offer.

Coombs and his business partners are paying employees’ school loans up to $1,000 a month. Newport Restaurant Group CEO Paul O’Reilly said that his Rhode Island company uses employee stock ownership to give staff a vested interest. Cathy Whims, chef/owner of three Portland, Oregon restaurants, relies on an “externship program, as it’s easier to raise a cook in our kitchen.” Some restaurants work with C-CAP to develop talent.

But ultimately the answer may be that things will remain tight until restaurant ownership becomes unfashionable and would-be chefs go back to learning their craft at a good restaurant and pass over hefty culinary school tuition.