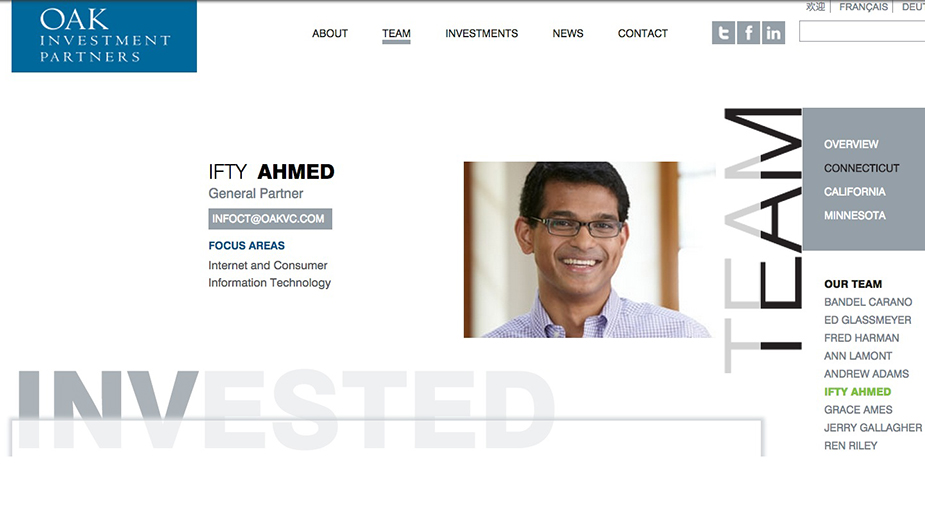 Ifty Ahmed, the Connecticut venture capitalist accused of insider trading and defrauding his former firm, spent all of June and much of July in an India prison, according to new court documents.

Ahmed had been a general partner with longtime venture capital firm Oak Investment Partners until this past April, when he was arrested for insider trading that was unrelated to his work with Oak. The firm then launched a review of Ahmed’s venture capital work, and uncovered information that led to subsequent charges of fraud and self-dealing.

Facing both criminal and civil complaints, Ahmed in May appeared to have fled the country, leaving behind his wife and three minor children. His original attorneys at Willkie Farr & Gallagher and Foley Hoag would later drop Ahmed as a client, saying that Ahmed had “ceased all communication” with them. The SEC, in its court filings, did not seem to know exactly where he was.

But documents filed by Ahmed’s new attorneys at Brown Rudnick say that the former VC was arrested and detained by India’s immigration service on May 22 and held in prison until being released on bond on July 23. Moreover, Ahmed’s Indian passport was confiscated by local authorities and he is unable to leave India without permission of the Indian court. Details of his alleged offense in India are not disclosed.

Two days after being released, Ahmed reached out to Brown Rudnick for representation in the U.S. cases. He likely would need to return to the U.S. to be tried on the criminal charges, but possibly could remain in India while the civil charges are adjudicated. Ahmed’s wife is being represented by separate attorneys.

The filings in which this information was disclosed pertain to Ahmed having some of his $100 million-plus in assets unfrozen, in order to pay legal bills. A judge has not yet ruled on the motion.

It also may be worth noting that a partial transcript of a deposition with Ahmed’s wife shows that Ifty was diagnosed with cancer in early 2013, for which he had surgery that involved a difficult recovery. This was raised in explaining why Ahmed had transferred ownership of certain assets over to his wife, and possibly could serve as motive for his alleged transgressions.