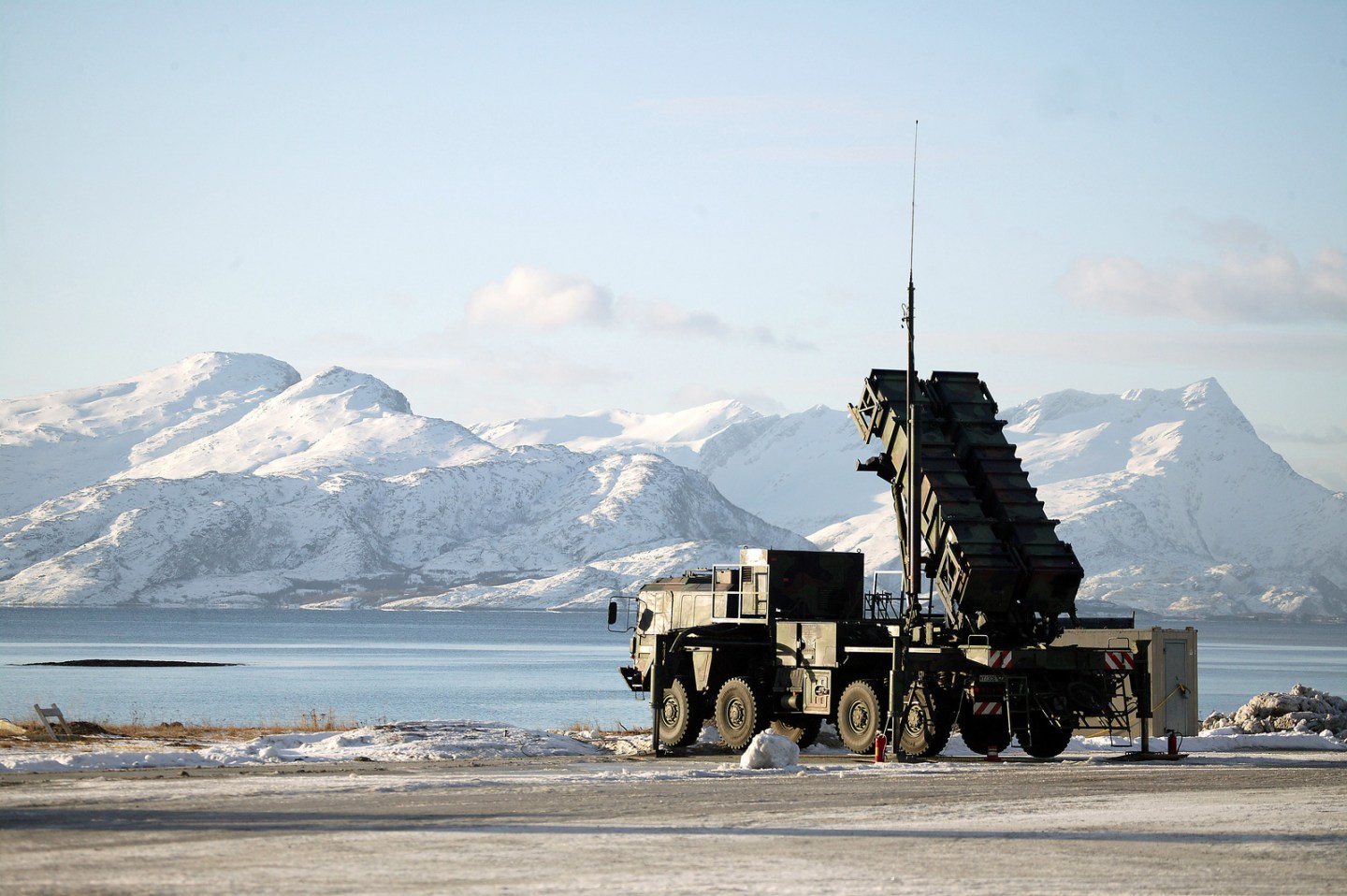 Saudi Arabia is having a tough summer; all while Lockheed Martin (LMT) has a banner year. The latest confluence of these trends came Wednesday as the U.S. State Department approved a $5.4 billion sale of 600 Lockheed-made PAC-3 missiles to Saudi Arabia, alongside an additional half billion dollars in ammunition for various smaller weapons. The deals still have to be approved by Congress, but such deals typically are.

“The proposed sale will modernize and replenish Saudi Arabia’s current Patriot missile stockpile, which is becoming obsolete and difficult to sustain due to age and limited availability of repair parts,” the Pentagon said in it’s written notification to Congress of the pending deal. “The purchase of the PAC-3 missiles will support current and future defense missions and promote stability within the region.”

The sale of so many PAC-3 missiles—the most advanced missile for the Patriot missile launcher and built by Raytheon (RTN)—is the latest in a string of high-priced, high-profile arms deals between the U.S., Israel, Saudi Arabia, and other Gulf Cooperation Council allies in the region. It marks the first major arms deal since the Iran nuclear deal struck earlier this month raised the prospect of reduced sanctions against the state. The deal would lift Iran’s conventional arms embargo within five years and leave the country free to pursue long-range missile technologies within eight.

That could be bad for regional security, but it’s a boon for defense contractors who have already cut deals with Middle Eastern states worth roughly $6 billion in the months leading up to the historic nuclear accord. U.S. defense companies like Boeing (BA), Northrop Grumman (NOC), and General Dynamics (GD) are all poised to reap the benefits of a Middle East arms race. Given the threat, (or at least the perceived threat) posed by Iran’s collection of ballistic missiles, Raytheon and Lockheed Martin look to have a busy year ahead.

“I think we saw quite clearly at Camp David when President Obama met with several of the Gulf partners back in May that missile defense cooperation would be a prime area of investment going forward as a way to bolster partner defense,” says Melissa Dalton, a Middle East defense and security expert at the Center for Strategic and International Studies. While Saudi Arabia already has Patriot missiles in its arsenal, this deal—and ones that are likely to follow it—provides a needed upgrade for Saudi Arabia’s missile defense technology. It also sends an unambiguous signal to other allies and adversaries in the region that the U.S. is standing by its commitment to its Gulf allies.

Ballistic missiles, like those in Iran’s arsenal, arc upwards through the atmosphere to very high altitudes before returning to Earth at extremely high speeds. Lockheed’s PAC-3 is designed to intercept incoming ballistic missiles as they descend rapidly toward their intended targets. Each missile packs a sophisticated Ka-band millimeter wave sensor, which is a complicated way of saying it possesses all the high-tech gear it needs to track and intercept incoming ballistic or cruise missiles mid-flight.

At least four of the GCC member states—Kuwait, Bahrain, the United Arab Emirates, and Saudi Arabia—field Patriot missile launch systems, and last year Qatar also announced that it would buy Patriots. Earlier this year Saudi Arabia purchased $2 billion worth of Patriot missiles, and just last week the U.S. Department of Defense announced that it would buy $1.5 billion more for allies including Taiwan and South Korea but also the UAE, Kuwait, Qatar, and—wait for it—Saudi Arabia.

It’s a good time to be selling Patriot missiles, but that’s not all Middle Eastern states are buying in the wake of the Iran deal. A separate arms transfer valued at $500 million approved by the State Department this week would provide Saudi Arabia with ammunition for a number of weapons fielded by the Royal Saudi Land Forces. That includes everything from explosive anti-tank rounds for 105-millimeter cannons to Claymore mines to fragmentation grenades.

A third potential sale announced yesterday would provide the UAE with $335 million worth of AN/AAQ 24(V) Directional Infrared Countermeasures (DIRCM) Systems and associated parts and systems (the deal will mostly benefit Northrop Grumman). These are sensors and infrared jammers rather than conventional weapons, designed to spoof or disable the infrared tracking technology on a variety of shoulder-launched anti-aircraft missiles.

The UAE wants such systems installed on all of its “Head of State aircraft,” representing the other side of the Iranian threat that will likely buoy defense sales outside of ballistic missile defense and conventional arms. Long hamstrung by an international arms embargo, Iran has grown deft at hectoring its neighbors through militant proxy groups, many of which are considered terrorist organizations by the U.S. The threat of Iranian-funded terrorist activities is further fueling feelings of distrust and insecurity in the region, and could push sales of systems designed to counter such asymmetric threats.

But the spiking demand for newer and better arms isn’t all about Iran, Dalton says. “It’s interesting to note that even beyond the Iran deal there are other challenges in the region that the Saudi acquisition will be helpful for,” she says. “I think while the Iran threat is the overriding concern, they have other challenges to contend with as well.”

Case in point: The ongoing Houthi rebellion taking place just across Saudi Arabia’s southern border in Yemen, which Saudi Arabia’s air force has intervened. It’s one of several conflicts simmering across the region in places like Syria, Libya, and elsewhere that have toppled governments, disbanded militaries, and circulated a whole lot of weaponry and unrest around the entire Middle East. In June, Houthi rebels in Yemen seized Yemeni government stores of Scud missiles and launched at least one into Saudi Arabia in response to Saudi air strikes. Saudi Arabia shot down that Scud with a Patriot missile.