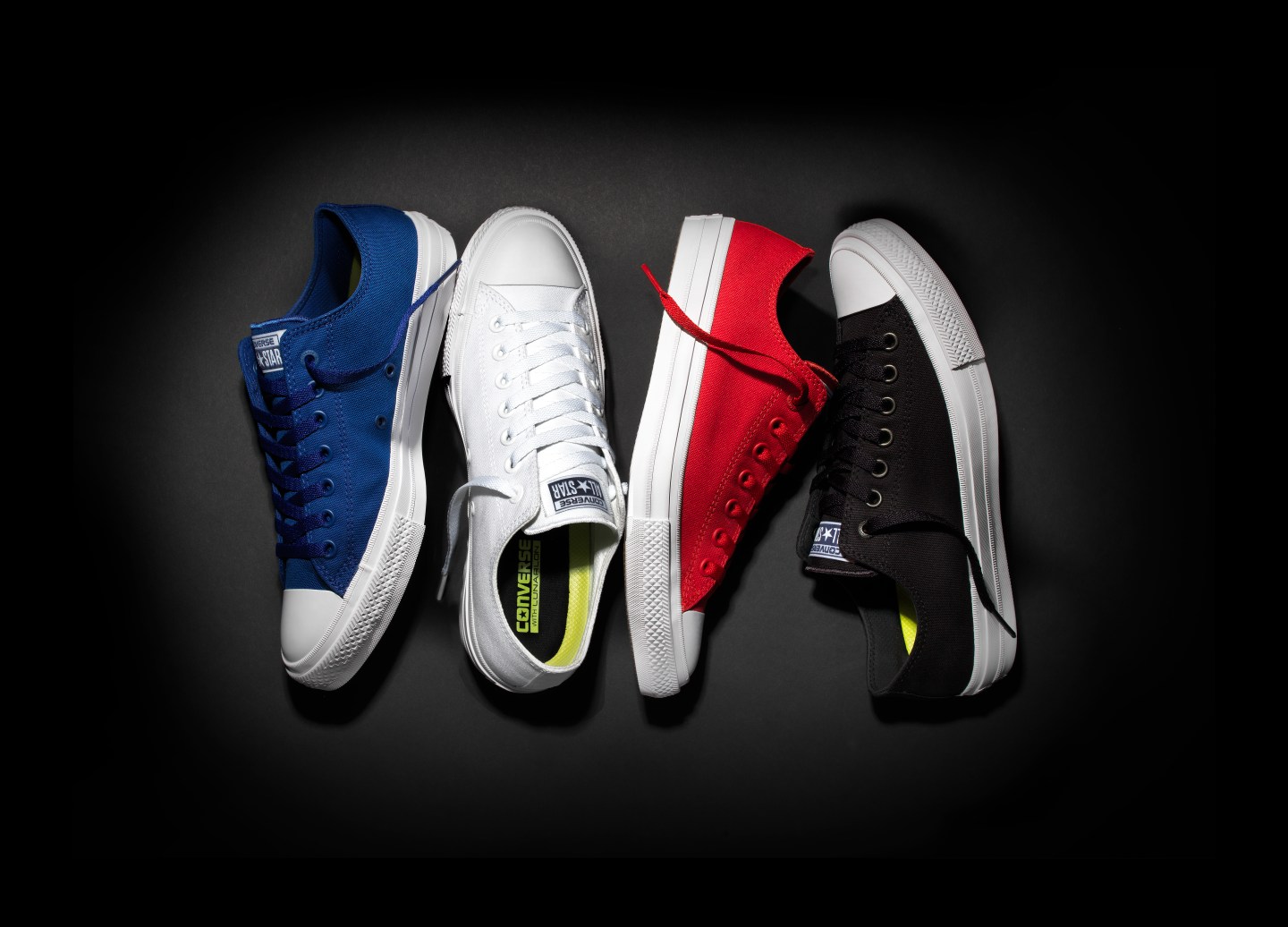 Converse All-Stars, the iconic canvas-and-rubber sneaker, debuted in 1917; and until the early 1990s, it was the epitome of “cool”– worn by pro and college basketball players during the 20s through the 70s, and then adopted by cutting edge artists, musicians and actors from James Dean to Kurt Cobain.

After stumbling into bankruptcy in the 1990s, Converse was bought by Nike in 2003. And today, Chucks are selling at a rate of two pairs per second of every day. It would be hard to come up with another product that so readily generates goodwill.

So, that raises the question: why would this sportswear and lifestyle brand — owned by Nike — fix something that clearly wasn’t broke? Fortune sat down with Converse CEO Jim Calhoun, who explained the iconic sneaker’s unique position in culture and why they retooled it.

“Even at the height of your game, you always need to be asking and answering the questions–what can we do better, how do we get there faster, how do we get bigger?” said Calhoun, CEO since 2011. “As a brand with our history, [as] people who knew what it was to be at the height of your game and knew what it was to be bankrupt, I think we have a healthy sense of just never being complacent. Another adage is you fix your roof when the sun is shining.”

Converse took two years to ask thousands of people who own Converse — as well as those who don’t — what they liked and didn’t like about Chuck Taylors. The answers boiled down to innovation, technology, and comfort. “The expectations of kids is that things will be broken in, ready to use, super comfortable, super functional from the minute it leaves the store,” he says. “It’s a good lesson for a company like us to say, hey, if that’s their expectation, we can fight that, or we can understand that and go with that.”

It’s a risky prospect, as Converse All Stars enjoy a very rare status. “What on this planet that is popular with young people has changed so little over such a long period of time?” asked Calhoun. “It’s the true definition of timeless, because our consumers are young kids, and the surest way to get young kids to think something is uncool is tell them that their mom, dad, grandparents and great grandparents all wore these.”

When the demographic of Converse began to change in the 70s, it was because subcultures (like surfers, then skaters) were adopting the Chuck Taylor All-Star, yet today the shoes are both mainstream while still keeping that association with creative and alternative cultures.

“I think the idea and the need to be authentic and to celebrate the unique and individual you has actually become mainstream. We see it around the world, I think we see it in gay rights, this idea of hey—being different is something to celebrate, not hide,” he says, adding, “I’d love to sit here and tell you that we knew that saw that or planned that. It’s been fortuitous. But I think it’s now at the center of what we do and what we hold very precious.”

So it wasn’t by design, but the Chuck Taylor both resonates as a timeless classic and appeals to self-expression–sort of a blank canvas made of canvas. But that doesn’t mean it has to be spare. The Chuck Taylor All Star has finally gone electric. “Nike’s a great partner in that sense–using all of their R&D dollars and their learning as well as our own. They don’t have to be mutually exclusive.”

Anytime a big brand retools a classic product, it raises the specter of the disastrous revamp New Coke. What if the Chuck II tanks? “You can’t be afraid to fail,” Calhoun said, noting, though, that Chuck 1 isn’t going anywhere. “Both products will also be in the marketplace at the same time, and I’m going to be really fascinated to see how the consumer votes.”