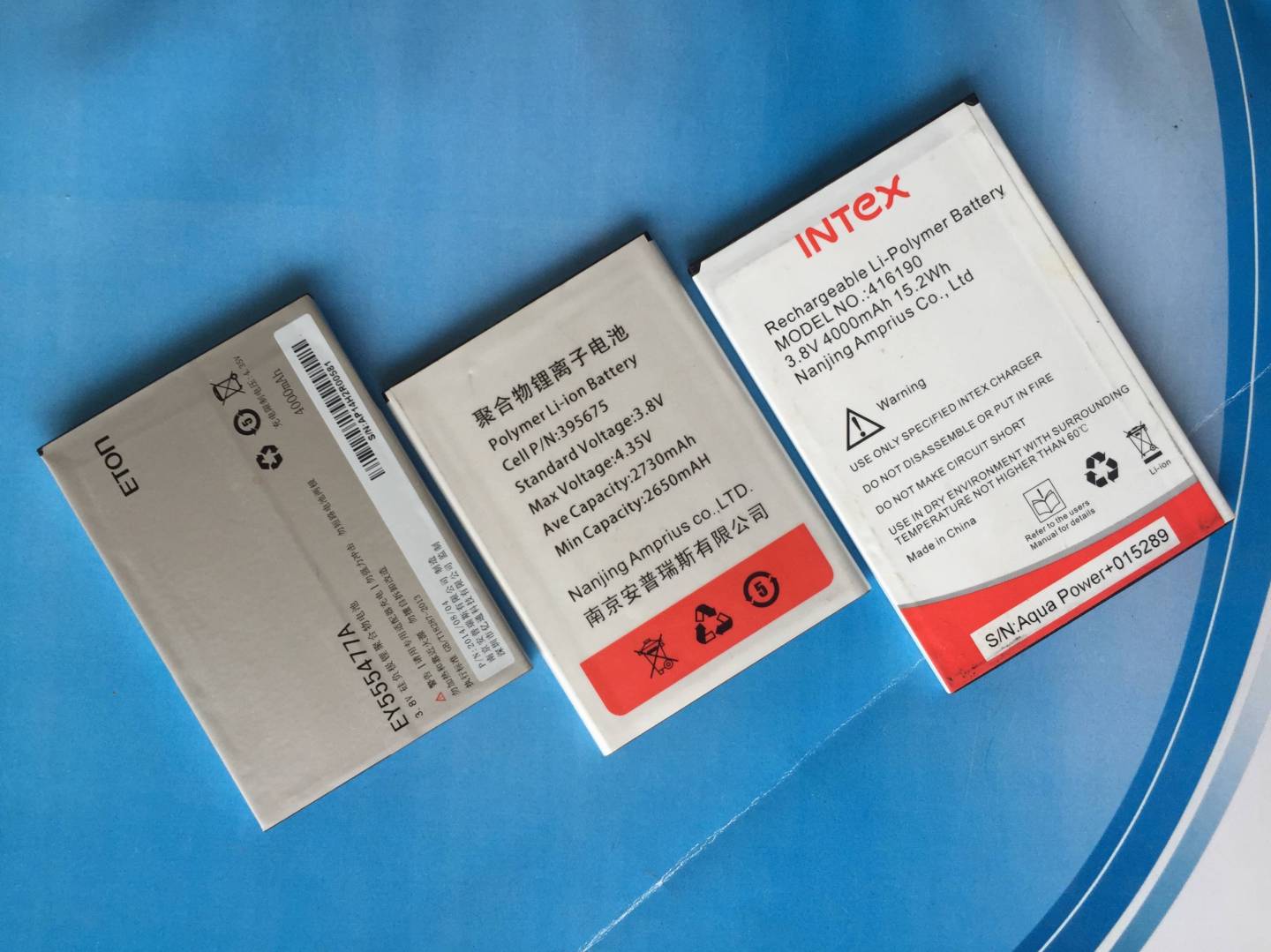 Leave it to Tesla to make something geeky like lithium-ion batteries produced with bits of silicon seem cool. But that new secret sauce, revealed by Tesla CEO Elon Musk last week, belies an important point.

For over a year, a little known startup, Amprius, has been selling its own version for cell phones, tablets and drones. Backed by Silicon Valley investors, like Google executive chairman Eric Schmidt, the company is hoping to perfect an innovative idea that could make batteries last significantly longer.

Researchers and battery giants have spent decades working on adding silicon to lithium-ion batteries to increase the energy they can store. Eventually, most people in the industry think it will become standard.

But making the silicon work is a difficult challenge because it swells and can crack the battery. Despite all the attention, manufacturers have been slow to bring these batteries to market.

If Amprius can figure out how to mass produce its batteries at a lower cost, it could be an important break through. Not only could the company make cell phones and gadgets function longer on a single charge, but it might also one day be able to expand into the electric vehicle market and increase car driving ranges.

But Amprius won’t be building a U.S. factory to churn out its batteries, at least not initially. In an interview with Fortune, Amprius CEO Kang Sun says that late last year the company partnered with the Chinese city, Wuxi, on a joint venture that includes a plan to build a large factory in the city. Wuxi’s development group invested $40 million into the company, Sun says, and the city will also fund Amprius’ planned battery production line that is expected to be completed next year.

Amprius isn’t the first battery startup, or energy startup for that matter, to head to China. The country is both bullish on electric cars and eager to spend money developing domestic industries. And with a lack of funding recently for energy startups from both Silicon Valley venture capitalists and the U.S. government, it certainly won’t be the last to head to Asia.

To understand what Amprius is trying to do, let’s look at the building blocks of a battery. A battery is made up of two electrodes—a positive cathode and a negative anode—and a medium through which the electric charge flows. Lithium ions move back and forth between the two electrodes when a lithium-ion battery charges and discharges.

Many battery companies plan to add small amounts of silicon to the negative anode graphite mixture, on the order of 1% to 5%. Tesla’s Musk said that the company (presumably through Panasonic) is still using mostly graphite but over time would increase the amount of silicon.

Silicon helps batteries store more energy because its chemical structure can hold more lithium atoms during charging. Lawrence Berkeley National Lab Scientist Gao Liu, who leads a team that has developed silicon battery materials, explained the issue to me with a metaphor involving a bag. Say the battery’s negative electrode is a bag that holds the lithium, or the energy source, when the battery charges. Silicon provides a much bigger bag than graphite does, and it can hold much more lithium and thus more energy.

But one of the major problems with silicon is that it swells, and can shatter the negative anode during charging. It’s like if a bag is filled with sand and each grain of sand quadruples in size during charging, causing the bag to split open. Scientists like Liu are creating binding materials that can hold the silicon particles together even as they expand.

One of Amprius’ core innovations is to use nanotechnology to create a silicon structure that can be blended with graphite. The design, which is less than 10% silicon, according to Sun, doubles the amount of energy the negative electrode can hold.

The company first started selling this technology to Asian smart phone makers in late 2013, making it one of the first times silicon was used commercially, albeit in small volumes, in a lithium-ion battery’s negative electrode. Tesla’s news appears to be the first time it’s being used more widely for an electric vehicle.

Amprius has been selling its battery tech to makers of consumer drones, gadgets, military applications, and to NASA. Customers for whom longer charges are important have been willing to pay higher prices for the batteries. For example a high end drone maker would be willing to pay extra for batteries that let people fly their drones 25% longer.

Amprius also has been developing a more advanced negative electrode made from silicon nanowires, which are tiny tubes of silicon. The structure of those micro wires make them more resistant to the swelling effect during charging and discharging.

That technology, in theory, could rely on silicon for most, or even all, of the negative electrode, and could have six times the energy density (the amount of energy that can be stored for its size). While Amprius has yet to commercialize this idea, Sun says the company will produce a test run of it later this year.

For years, Amprius had other companies make its batteries. But soon the company will make its own through its China joint venture.

Sun says through this higher volume manufacturing, Amprius will be able to reduce the cost of its batteries so that they’re more competitive with standard lithium-ion batteries. Pilot production in Wuxi will start in November and then ramp up in 2016, he says.

In a sign of what may come next, Sun says the company is in discussions with another investor that could help the company eventually get into using its battery tech for electric vehicles. But battery factories typically take much longer and cost more money than companies expect.

If Amprius’ plan to make its batteries in China sounds simple enough, it’s anything but. Sun explains that the company has been split into three. One arm called Nanjing Amprius is making the battery materials. Then there’s Amprius Wuxi, which will make the batteries. And finally Amprius Technology Inc. will continue researching and developing the company’s silicon nanowire technology.

Funding for new batteries from young startups like Amprius has dried up in the U.S. Venture capitalists have shied away after big investments years ago in cleantech startups failed to live up to the early hype. And the U.S. government mostly will only provide small grants for basic research and development these days.

For example, Lawrence Berkeley National Laboratory probably won’t commercialize Liu’s innovation through a startup nor raise funding to build a factory. Instead the team is planning to get the technology out by licensing it to large battery makers.

A number of other startups are working on using silicon for lithium ion batteries, too, and it’s unclear how these technologies will be commercialized or which one will have the biggest impact. Among them are Nexeon, SiNode Systems, and Sila Nanotechnologies plus many big companies like Hitachi, Samsung, and Panasonic.

Stanford professor Yi Cui came up with the original technology for Amprius, which has since been tweaked and refined. In addition to Google’s Schmidt, the company has received funding from Silicon Valley heavyweight Kleiner Perkins, the venture capital firm behind early Internet giants like Amazon and AOL. The company also claims former Department of Energy Secretary Steven Chu, a Nobel laureate, on its board.

But if a battery startup wants to find enough money to build a factory, odds are it’s going to end up in China, or somewhere else in Asia. For example, battery startup Boston Power, founded in 2005 in Massachusetts, headed to China years ago to raise money and build batteries.

China is the world’s biggest market for automobiles. But partly because of its major air pollution problem, the country is trying to pushing electric cars, electric scooters and electric buses in some regions.

Cities like Wuxi are encouraging the shift by providing low cost financing for the technology’s development. Energy tech startups LanzaTech and EcoMotors are also following this strategy of partnering with a Chinese company to fund a factory.

Amprius’ future is still far from certain. But that Chinese investors, because of their willingness to fund cleantech cleantech manufacturing, could mean that China could emerge as a major leader of battery technology.

In the U.S., Tesla’s massive battery factory, under construction outside of Reno, will be the most important move for U.S. battery manufacturing in years. Amprius’ Sun is bullish on Tesla’s use of silicon in batteries. He says it’s “very good news” and “an endorsement” of the technology’s bright future.