IBM continues to invest in the cloud as sales slide 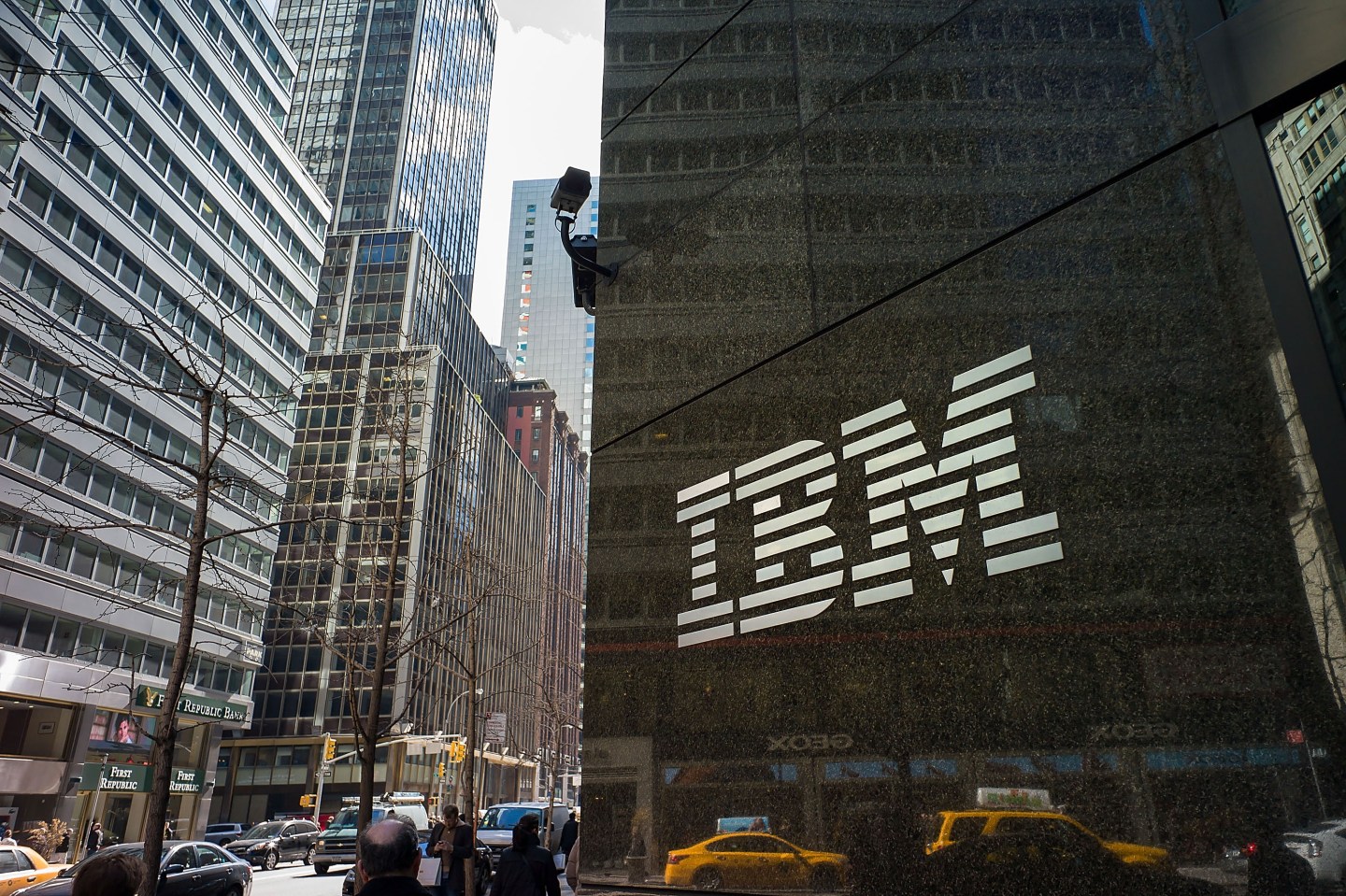 IBM continues to take the saying “you have to spend money to make money” close to heart.

The tech colossus on Monday reported its thirteenth straight decline in quarterly revenue while executives continued to funnel money into IBM’s “strategic imperatives,” which includes its cloud computing and data analytics business.

For the three months ending June 30, IBM (IBM) logged $20.8 billion in revenue, a 13.5% decline from the $24 billion it brought in the same time period a year earlier.

The company’s software business was responsible for a big part of the drop. Revenue in that division fell to $5.8 billion from $6.5 billion the previous year. IBM’s global technology services group saw quarterly revenue decline 10.5% to $8.1 billion from the $9 billion it raked in the year-ago period.

IBM CFO Martin Schroeter did his best to reassure investors on a call that IBM is on the right track as it invests into areas that the company feels will one day generate high returns. Schroeter didn’t give any concrete details on how IBM’s “strategic imperatives” are currently contributing to the company’s bottom line.

He reiterated the fact that cloud computing, big data, security, and other areas falling into the “strategic imperatives” category brought in $25 billion and represented 27% of IBM’s total revenue in 2014. By 2018, he said IBM is on track for these initiatives to generate $40 billion and account for 40% of sales by 2018, he said.

Revenue from IBM’s cloud business rose 70% in the quarter while revenue from analytics gained 20% for the same time period, Schroeter explained. But because the company doesn’t breakdown the specifics behind those percentage increases, it’s hard to tell whether they offset the declines in the company’s traditional services.

That thought was not lost on some investors, who expressed concern that IBM’s focus on new growth areas isn’t enough. One analyst seemed uneasy with company’s consulting business, which took a hit this quarter. The company’s Global Business Services generated $4.3 billion dollars for the quarter compared to the $4.9 billion it took in the previous year.

Schroeter acknowledged the revenue loss, but explained that IBM’s push into newer areas like cloud computing and data analytics will eventually help lift its consulting business and offset losses. It’s just going to take some more time, he said.

“While we engineered that shift, we will see declines in that business,” Schroeter said.

Schroeter acknowledged that notion by saying “While they come in at slightly lower margins than traditional on-premise [software], they are highly crucial to IBM.” But that won’t be enough to stop IBM’s journey to the cloud, with Schroeter saying that the company is “building new revenue streams in spaces where we aren’t today.”

And IBM’s continued investment in cloud computing and analytics will not be slowing down any time soon. Schroeter pointed to the $700 million IBM has spent so far this year on acquisitions meant to grow those areas like its June purchase of the cloud company Bluebox and April acquisition of healthcare data company Explorys.

But don’t worry about the cost, Schroeter said. IBM is on the right track, he insisted, saying, “We will get returns on the investments in time.”