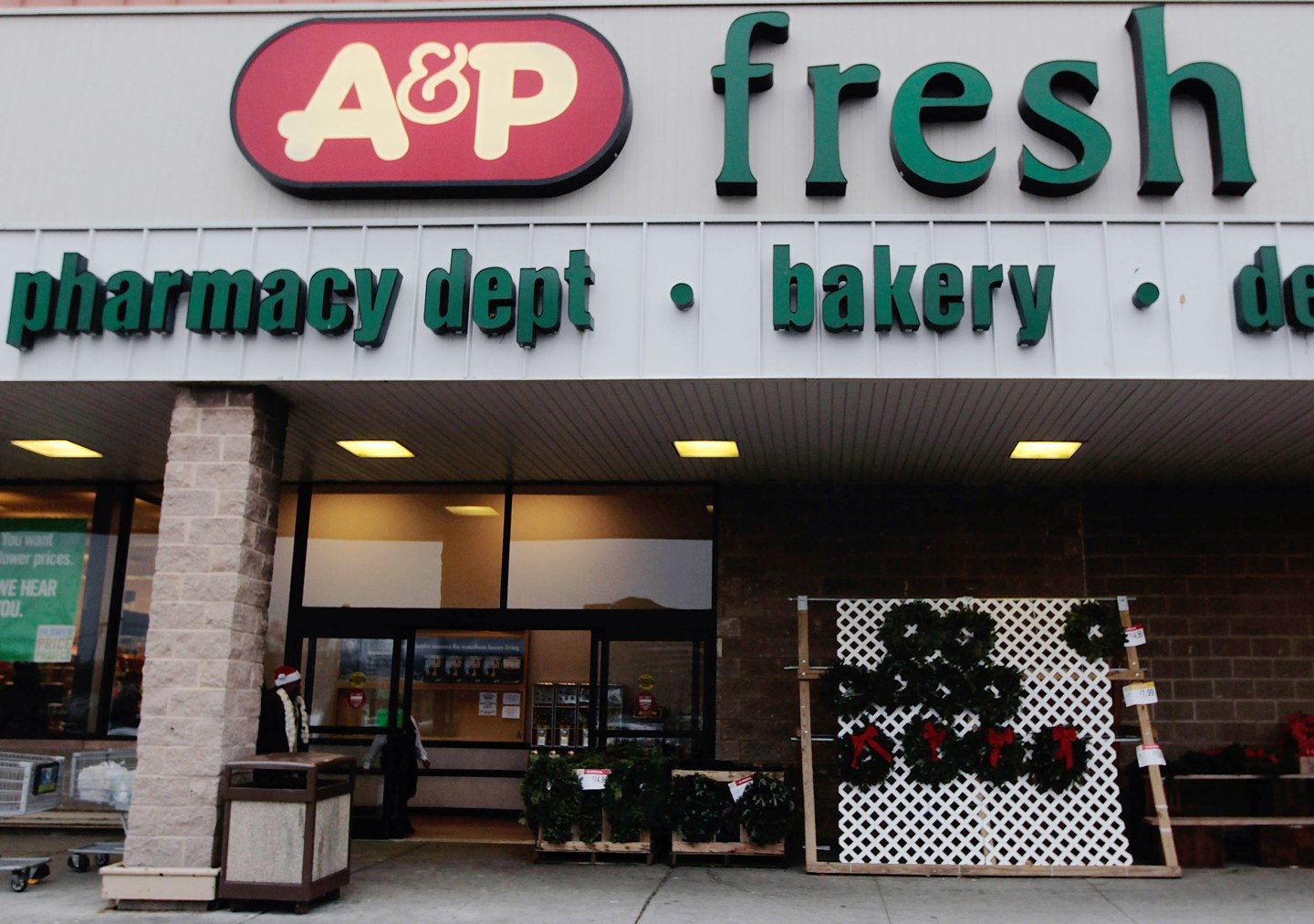 Storied supermarket chain Great Atlantic & Pacific Tea Co Inc, better known as A&P, filed for Chapter 11 bankruptcy protection for the second time in five years and said it was in discussions with buyers for some of its stores.

The 156-year-old company has hired Evercore Partners, an investment bank that specializes in selling assets. A&P listed assets and liabilities each of more than $1 billion in its bankruptcy filing late Sunday.

A&P has lined up buyers for 120 of its 296 stores with total expected proceeds of about $600 million, The Wall Street Journal reported, citing a person familiar with the matter.

The company, which also owns Best Cellars, Pathmark and Superfresh stores, has been unable to stand up to behemoths such as Wal-Mart Stores (WMT) and Costco Wholesale (COST) who entice customers with big discounts.

At the same time, wealthier shoppers have been lured away by higher-end stores such as Whole Foods Market Inc.

A&P, which in its heyday in the early 20th century operated over 15,000 stores, first filed for bankruptcy protection in 2010, re-emerging two years later as a private company after obtaining financing from investors including Goldman Sachs and an affiliate of billionaire Ron Burkle.

The company was founded as a mail order business in 1859 by tea and spice merchants George Huntington Hartford and George Gilman. In the same year, it opened its first store-warehouse operation in New York City, according to A&P’s website.