Europe’s troubles go way beyond Greece: Next up, Italy 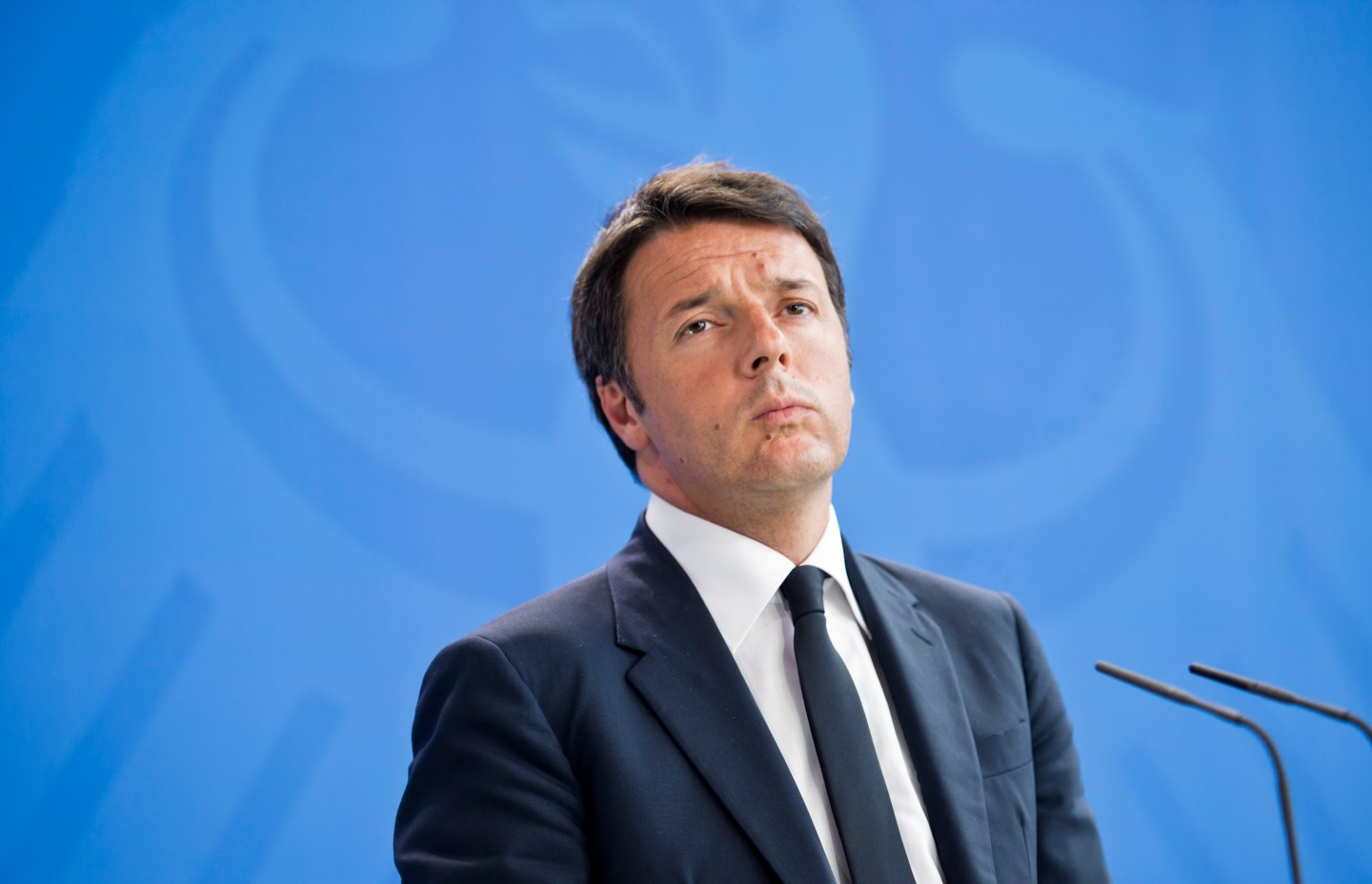 After weeks of drama, it looks like Greece will stay in the eurozone, at least for now.

That’s despite the fact that Greece’s prime minister has said that he “doesn’t believe” in the austerity measures he pushed through parliament, which helped stave off his country’s ouster from the eurozone. And despite the fact that German Finance Minister Wolfgang Schäuble suggested once again on Thursday that he thinks that the Euro and Greece would be better off if Greece left the currency union.

These developments, along with the fact that the IMF has reiterated that Greece won’t be able to make good on its debts without restructuring, shouldn’t give anyone confidence that Greece is long for the Euro.

That said, the conventional wisdom is that the Euro would at least survive a Grexit, even if it might be a disaster for the Greek people. But pro-Grexit Germans like Schäuble are ignoring the precedent that Greece’s exit would set for other troubled European economies, like Italy.

Italy is the eurozone’s third largest economy, and its debt-to-GDP ratio of 133% is the second largest in the currency union, after Greece. The country has been dogged by weak productivity growth and nearly non-existent economic growth. The size of the Italian economy is still smaller than what it was in 2008, and is roughly where it was in the early 2000s. The IMF and European Commission both estimate that Italy’s debt-to-GDP ratio will begin to fall in 2016, but other analysts argue that these estimates are based on overly optimistic growth projections.

Meanwhile, Italy’s population continues to age and shrink. The unrelenting rise of Japan’s debt-to-GDP ratio as its population grows older should be a warning to those predicting that Italy can somehow work off its debt load.

Moreover, Italy’s export sector has struggled consistently since 2010, bogged down by the nation’s high labor costs and by the fact that it uses the relatively expensive euro. Unlike Greece, Italy has a large manufacturing base, long known as Europe’s second largest after Germany.

Italy’s inability to devalue its currency and its inability to reform its labor laws have decimated its exports sector. While some hope that Prime Minister Matteo Renzi will be able to push through controversial reforms and replicate the success Germany achieved a decade ago in boosting its competitiveness, there’s a reason that Germany has been the only large European economy to pull of this trick. Germany, which enacted its labor reforms more than a decade ago, when economic growth in the rich world was much stronger than it is now, is home to an organized labor culture that is less combative than in places like Italy or France.

And given Germany’s unwillingness to take the most basic measures, like boosting government spending or encouraging domestic wage increases, that would help iron out some of the imbalances in the European economy, the situation in Greece will likely only force Italians to wonder why it is tethering itself to such an uncooperative partner. Indeed, there is already significant support within Italy to leave the euro. The second largest party in the Italian parliament, the Five Start Movement, openly advocates for holding a referendum on whether Italy should stay in the currency union.

If Greece does end up leaving the euro, its example could end up paving the way for a country like Italy to do the same. Surely, an exit from the eurozone and a subsequent currency devaluation would be traumatic for both countries, likely leading to a deep recession. But Italy’s current debt load is quite high, and the country’s leaders surely won’t relish the opportunity of going into the next recession as the weakest and most indebted in the eurozone. Sure, the ECB eventually came around and said it would do “whatever it takes” to preserve the euro, but when push came to shove, it refused to continue lending to Greek banks after bailout negotiations between Greece and the EU failed.

Italy is now running a primary budget surplus with a stock of debt that, according to Ugo Panizza of the Graduate Institute of International and Development Studies, could easily be restructured:

Italian debt is even easier to restructure than Greek debt. A large share of Italian debt issued under domestic legislation does not have any contract terms and is regulated by an Italian law that gives the Italian Treasury ample latitude to restructure the debt . . . The composition of Italian public, however, is changing rapidly because in January 2013, Eurozone members started issuing bonds with standardized contract terms.

Changes within Italy’s public debt will make such a move more difficult. Given that the Italian economy would benefit in the long run from a devaluation, and given Germany’s stubbornness during the Greek drama, it might be wise for Italian politicians to start preparing for their own exit soon.