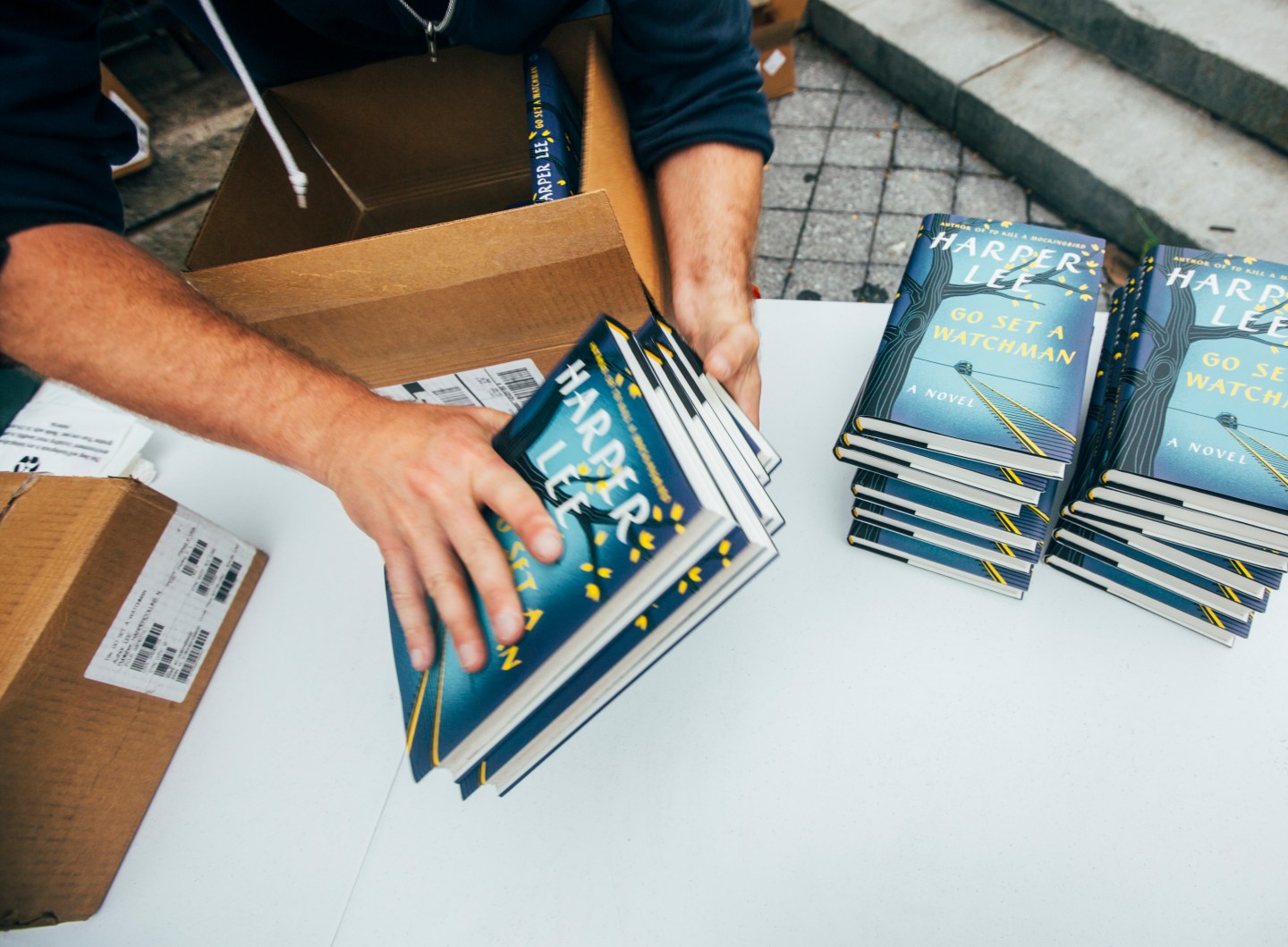 The book has generated outsized attention for a novel as it is the first from Lee since 1960’s ‘To Kill a Mockingbird,’ a Pulitzer Prize winning novel that is considered a classic piece of American literature. But Lee didn’t publish another novel until the six-decade-old manuscript for “Watchman” was discovered by Lee’s attorney. Publisher HarperCollins earlier this year announced plans to publish the book in North America.

“‘Go Set a Watchman’ has proven to be one of the most exciting publishing events in our history,” said Mary Amicucci, vice president of adult trade and children’s book at Barnes & Noble (BKS). The bookseller has already projected the novel will be its bestselling book in 2015.

Barnes & Noble on Wednesday said the first-day sales of “Watchman” outpaced all other adult fiction books in the company’s history, toppling a record that had been held since 2009 by Dan Brown’s “The Lost Symbol.”

The interest in “Watchman” has also driven up sales for “To Kill a Mockingbird.” They hold the top two spots on Amazon.com’s (AMZN) website, which also generates a ton of book sales. An Amazon spokeswoman said the novel was the most pre-ordered print title since the 2007 release of J.K. Rowling’s “Harry Potter and the Deathly Hallows.”

“Mockingbird” sales have seen a jolt since February, when the news of the second novel based on characters that were featured in that original work was first announced.

Hits in the book aisle of this magnitude are rare these days. But when they occur, they can significantly bolster the fortunes of booksellers and publishers. Barnes & Noble, for example, saw a significant jump in sales when E.L. James’ trilogy “Fifty Shades of Grey” become a sensation. Sales results at children’s book publisher Scholastic (SCHL) have seesawed on the past successes of the “Harry Potter” and “Hunger Games” series.