BP to pay $18 billion to settle all federal, state claims over Gulf spill 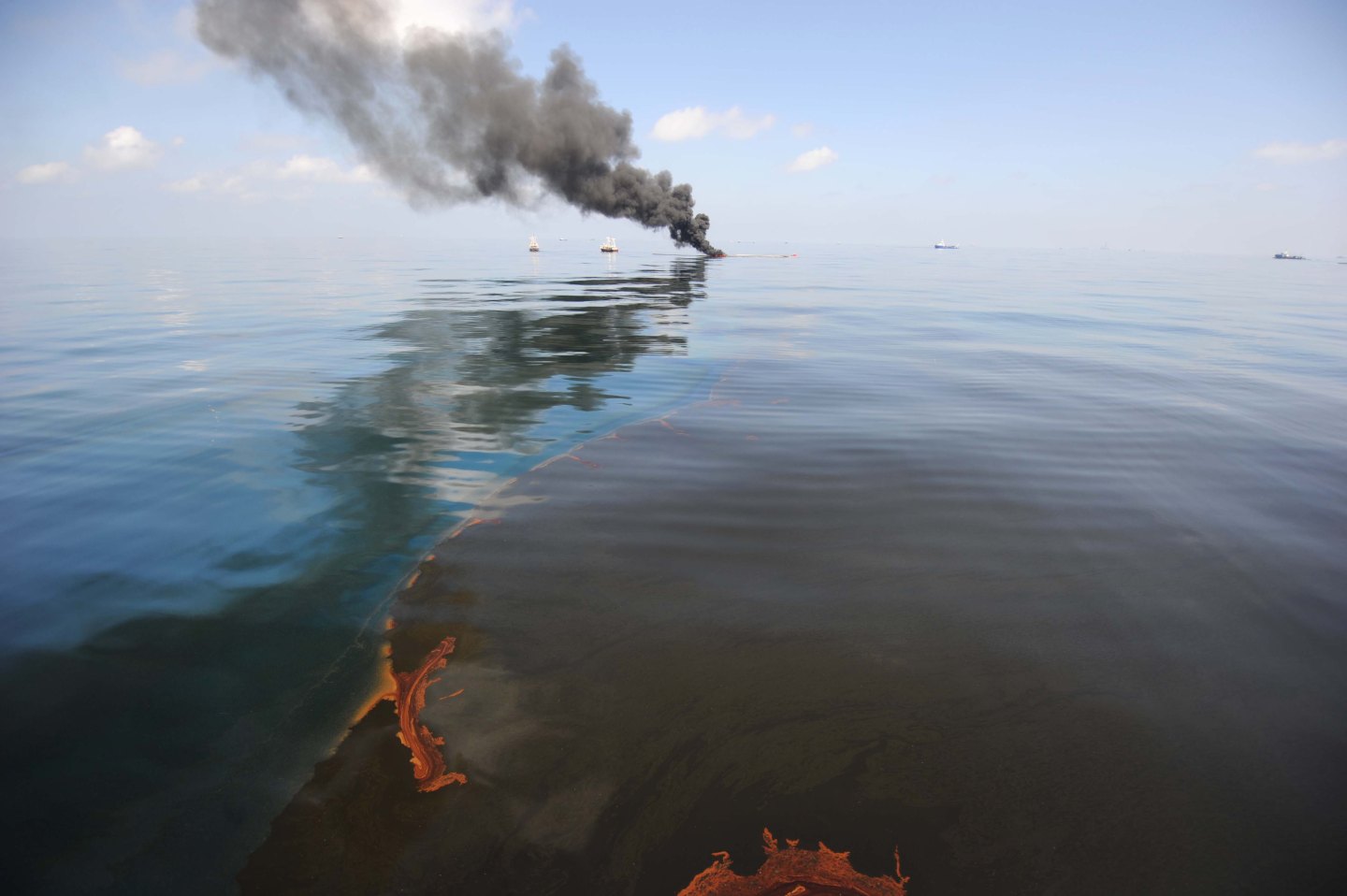 GULF OF MEXICO- MAY 6: Oil burns during a controlled fire May 6, 2010 in the Gulf of Mexico. The U.S. Coast Guard is overseeing oil burns after the sinking, and subsequent massive oil leak, from the sinking of the Deepwater Horizon oil platform off the coast of Louisiana. (Photo by Justin E. Stumberg/U.S. Navy via Getty Images)
Photograph by U.S. Navy/Getty Images

Five years on from the Deepwater Horizon accident, the worst environmental disaster ever caused by the oil industry, BP Plc (BP) has reached agreements in principle to settle all federal and state claims arising from the event.

The British company announced that its U.S. upstream subsidiary, BP Exploration and Production Inc (BPXP) has executed agreements with the federal government and five Gulf Coast states–Alabama, Florida, Louisiana, Mississippi and Texas–along with claims made by more than 400 local government entities.

The settlement includes a civil penalty of $5.5 billion under the Clean Water Act, to be paid between now and 2030.

The deal means that BP will have paid a total of $53.8 billion in respect of an explosion that claimed 11 lives and the ensuing spill that wrought havoc along the U.S.’s South Coast. The company said it also expects to book additional related charges in its second-quarter earnings.

Carl-Henric Svanberg, BP’s chairman, said in a statement: “Five years ago we committed to restore the Gulf economy and environment and we have worked ever since to deliver on that promise. We have made significant progress, and with this agreement we provide a path to closure for BP and the Gulf. It resolves the company’s largest remaining legal exposures, provides clarity on costs and creates certainty of payment for all parties involved.

“In deciding to follow this path, the Board has balanced the risks, timing and consequences associated with many years of litigation against its wish for the company to be able to set a clear course for the future.”

The company’s shares, which have lost one-third of their value as BP has sold assets and earmarked profits to meet its liabilities, reacted positively to the news, rising nearly 5% in London. Investors welcomed what appears to be an effective line under the most expensive chapter in the company’s history.

The cost of the Deepwater Horizon disaster have done what many would have thought unthinkable, making one of the world’s largest publicly-traded oil companies a possible takeover target in a sector struggling to adapt to an environment of lower prices.

The agreements do not cover the remaining costs of the 2012 class action settlements with the Plaintiffs’ Steering Committee for economic and property damage and medical claims. They also do not cover claims by individuals and businesses that opted out of the 2012 settlements and/or whose claims were excluded from them. BP said it will continue to defend those claims “vigorously”.