5 states with the most Fortune 500 companies 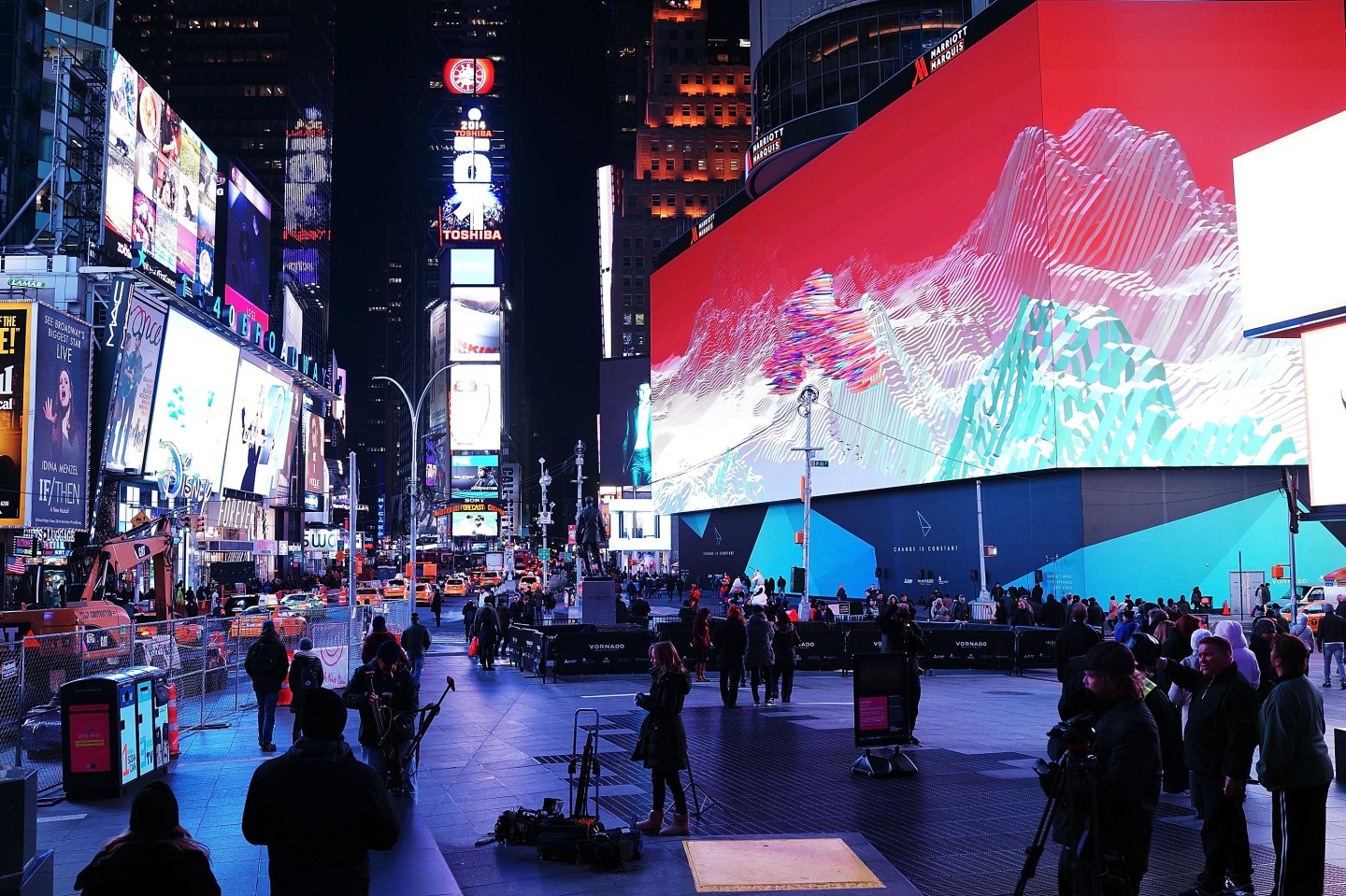 NEW YORK, NY - NOVEMBER 18: Billed as Times Square's largest and most expensive digital billboard, a new megascreen is debuted in front of the Marriott Marquis hotel on November 18, 2014 in New York City. The eight stories tall screen will be animated by Universal Everything studio collective until November 24, after which Google will take over as the advertiser.(Photo by Spencer Platt/Getty Images)
Spencer Platt — Getty Images

Go West. That’s one message of this year’s Fortune 500 when considered geographically. California is in third place when it comes to the number of Fortune 500 companies headquartered in the state (53), lagging behind New York (with 55) and Texas (with 54) – but the list’s center of gravity is decidedly western. California’s companies lead in market cap, sales, and job creation, thanks to booming tech and biotech sectors.

Another notable geographic shift: After Illinois, which again places fourth in how many Fortune 500 companies it hosts (34), Ohio replaces New Jersey at number five in revenue, thanks to list members including Procter & Gamble(PG), Corning Glass(GLW) and the state’s now-biggest company, Kroger(KR), a grocery chain that has grown through both acquisition and expansion. Experts say Ohio generally has diversified its economic base since the recession, adding to its advanced manufacturing more research and development, and attracting Chinese investment.

Another theme this year: Texas-based companies overall manage to sustain profitability despite the tribulations of falling oil prices amid a global oversupply. Cheap gas has cost the oil giants billions of dollars. Yet Texas’ petroleum-based Fortune 500 companies have retained their super-profitability often through layoffs, squeezing more from their workforces, and by cutting back some on major exploration and construction projects.

Mirroring the bull market, Fortune 500 companies’ market cap rose in the top five top states, buoyed by low interest rates and corporate stock buy-backs — especially in standout California. Market value climbed most in the Golden State – by 14% – thanks to tech and life sciences. The other top states’ Fortune 500 companies, together, posted single-digit gains: 9% in Ohio, 8% in Illinois, 4% in Texas, and 2% in New York. Value in New York, in aggregate, rose $50 million — a fraction of California’s $400 million in total gains. Fortune 500 company profits rose in Texas and California, pushed again by the tech and petroleum sectors; in New York, a gain in overall profitability was helped by recovering financial sector companies including JPMorgan Chase(JPYYL) and MetLife(MET).

Job growth was nearly nonexistent in most of the top five states’ Fortune 500 companies. In number one New York, jobs shrank 5% at Fortune 500 companies. Still, New York tops the list in aggregate number of jobs, at 2.86 million. (It has held that top spot for jobs the past decade.) Texas surprises as the jobs exception: Even with the volatility in its dominant oil sector, jobs at Texan Fortune 500 companies grew 4%. That growth was in line with the national trend (the Department of Labor counted 3 million jobs added the year to April 2015, a fourth straight year of solid, moderate gains).

Here are the largest companies in the top 5 states.

America’s largest gas and oil producer earns $407.6 billion in revenue and employs 83,700 people – a workforce down 1.3% the past year, as Exxon Mobil remains challenged by tumbling petroleum prices. Though it settled legal issues related to its 2010 Gulf of Mexico spill, Exxon Mobil’s profits fell 16.3%.

Yet Exxon Mobil was still the second most profitable company on the Fortune 500 this year, after Apple, helped in part by its chemical business. Though sales fell 6.1%, earnings per share were up 3.1%. Speculation has spread especially when Exxon Mobil raised $8 billion, that it was preparing for a major merger, possibly with BP, in pursuit of cost savings.

SAN FRANCISCO, CA - MAY 02: The Chevron logo is displayed on a gas pump at a Chevron gas station on May 2, 2014 in San Francisco, California. Chevron Corp. reported a 27 percent plunge in first quarter profits with earnings of $4.51 billion, or $2.36 a share, compare to $6.18 billion, or $3.18 a share, one year ago. (Photo by Justin Sullivan/Getty Images)

Chevron’s revenue of $220.4 billion and employees numbering 64,700 have maee it a dominant force in California  for more than a century and one of the country’s largest corporations. The San Ramon-based petroleum producer, founded in 1879, saw sales fall 7.5% the past year, and profits declined 10.2%. Like its competitors, the oil company confronts steeply fallen prices due to a global oil glut. It faces lower global demand, the rise of fuel economy regulations and alternative fuels. Chevron responded by recently announcing $15 billion in asset sales. It will sell oil and gas fields and other projects, and halt new investment and capital spending. Chevron remains one of the Fortune 500’s most profitable companies.

A United Airlines Boeing 787 Dreamliner pulls up to a gate at O'Hare International Airport.

The world’s largest aerospace and defense giant, headquartered in Chicago, has $86.6 billion in revenues and employs 165,000 employees. This year, Boeing rises three places higher on the Fortune 500 list. Boeing sales rose 4.8% with profits surging 18.8% thanks to by booming airlines’ pent-up demand for its aircraft. Quite simply, Boeing is selling more planes, including a $6.1 billion order from a Chinese carrier this spring, as more consumers want to fly. Boeing’s earnings per share soared in the past year by 23.8%. Adding to its luster, the company says it is building the first jet ever made largely of fuel-saving lightweight carbon composites.

The nation’s largest grocery chain, headquartered in Cincinnati, has been on a hiring spree, adding tens of thousands of new workers after acquiring the Harris Teeter supermarket chain last year for $2.4 billion and opening hundreds of new stores. Staffing is up 6.7%. Kroger employs 400,000 and had revenue of $98.3 billion last year, helping it rise to #20 from #24 on the Fortune 500 list. Kroger’s sales rose 10.3%, while profits surged 13.8%. The company, founded in 1883, may not have been among the list’s most profitable companies, but Kroger’s one-year total return was up a staggering 64.7 percent. Along with grocery stores, Kroger’s also runs convenience stores, jewelry stores, supermarket fuel centers and food processing plants in the U.S.