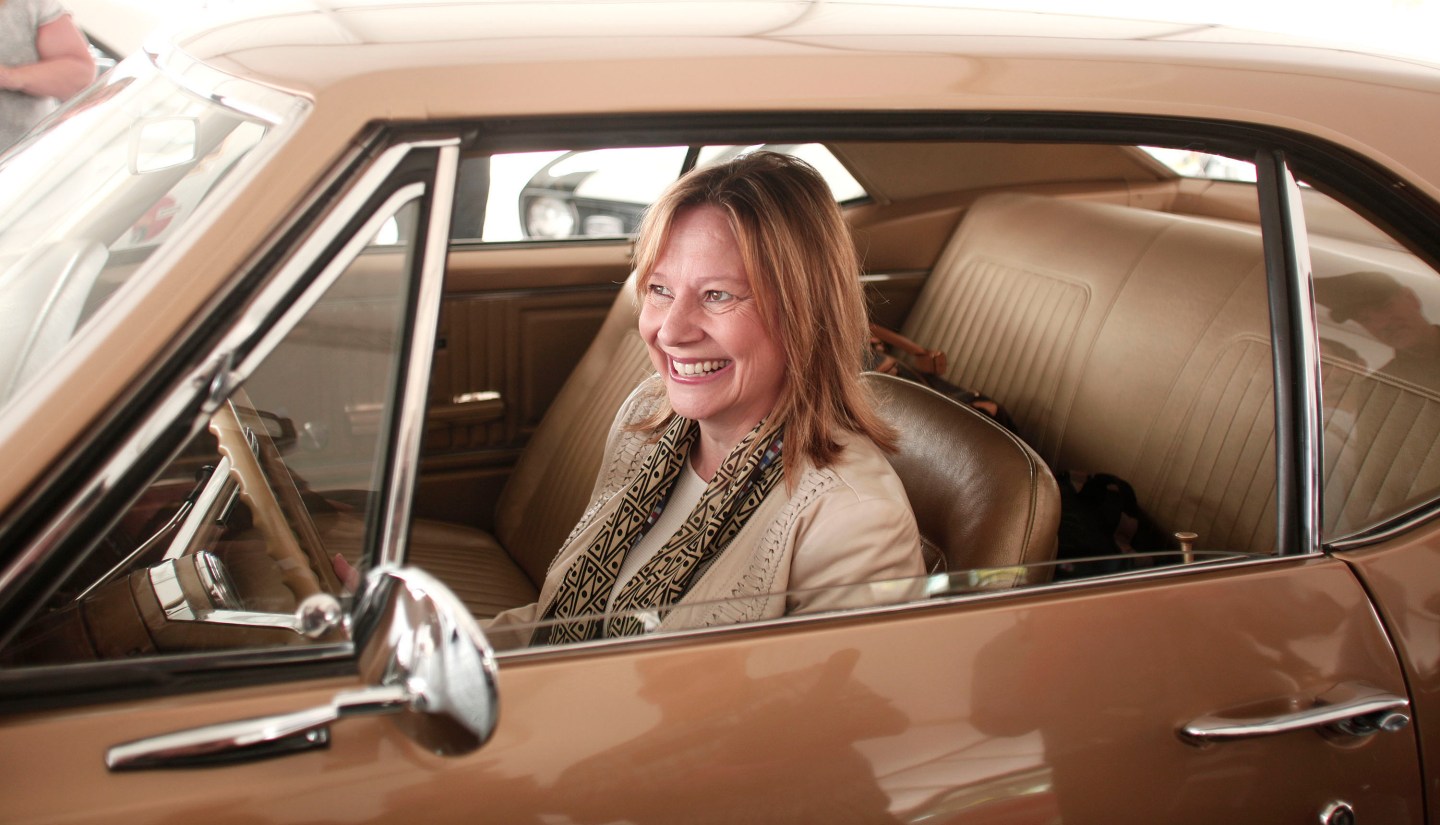 Are you an optimist or pessimist? The answer may determine what you think of this year’s crop of female Fortune 500 CEOs.

On one hand, General Motors (GM), led by CEO Mary Barra, rose to the No. 6 slot in the Fortune 500 (the ranking is determined by annual revenues). That is the highest a female-led company has ranked since 1998, when Fortune started tracking gender in the C-Suite. On the flip side, in a year when corporate diversity has arguably been a hotter topic than ever before, the number of female CEOs in the 500 dropped, going from 24 in 2014 to 23 today. What’s more, the cast of characters has stayed largely the same, with only two new women—Safra Catz, co-CEO of Oracle (OCLCF), and Lisa Su, CEO of Advanced Micro Devices (AMD)—joining this year’s list.

Barra’s achievement certainly deserves some credit. She had a tough year. GM recalled almost 27 million vehicles in 2014 and the death toll tied to a defective ignition switch used on older GM cars hit 100 this May. Nevertheless, the CEO has been widely praised for how she handled the crisis, and the company recently had its best quarter in North America since emerging from bankruptcy in 2009. Last year was Barra’s first on the Fortune 500 list.

Catz has the dubious honor of being the only female co-CEO on the list. She stepped into the role last September, along with former Hewlett-Packard (HPQ) CEO Mark Hurd. Catz, who was Oracle’s CFO for many years, is known as a master of financials and operations. While many were skeptical that the co-CEO setup would work, Catz and Hurd seem to be balancing things relatively well so far. Perhaps they’re more worried about successfully guiding Oracle through it’s transition from traditional software seller to cloud computing company than squabbling over who has the bigger office.

Interestingly, Catz is not the first female Fortune 500 CEO to share the big job. Marion O. Sandler was co-CEO of Golden West Financial with her husband, Herbert Sandler. Marion, who passed away in 2012, was a trailblazer and one of the first and longest-serving women to make the list.

Lisa Su, CEO of Advanced Micro Devices, is a trailblazer of a different sort. In October, Su became the first female leader of a major semiconductor company. Since she took the helm, Su has been trying to turn the money-losing chip maker around. While she hasn’t been able to get the company back to profitability just yet, she appears poised to do so in the second half of 2015. In an interview with Fortune earlier this year, Su referred to herself as a “technology geek” determined to give AMD a rep as a company known for bringing “cool applications to market.”

Bresch disappeared because Mylan relocated its company headquarters from the U.S. to the Netherlands last year, a process known as tax inversion, which allows it to skirt higher U.S. corporate taxes. Now that its technically a foreign company, Mylan no longer qualifies for the Fortune 500.

Woertz’s departure was a bit less dramatic. After eight years as CEO, she handed over the reigns to Juan Luciano at the beginning of 2015, and has stayed on as ADM’s chairman.

Martore only fell off the list on Monday, June 29 when TEGNA, the media company formerly known as Gannett, completed the spin off of its publishing business (which is adopting the name Gannett). Martore will continue as CEO of TEGNA, while Robert Dickey is now CEO of Gannett.

NOTE: This post has been updated to reflect TEGNA’s spin off of its Gannett publishing business.