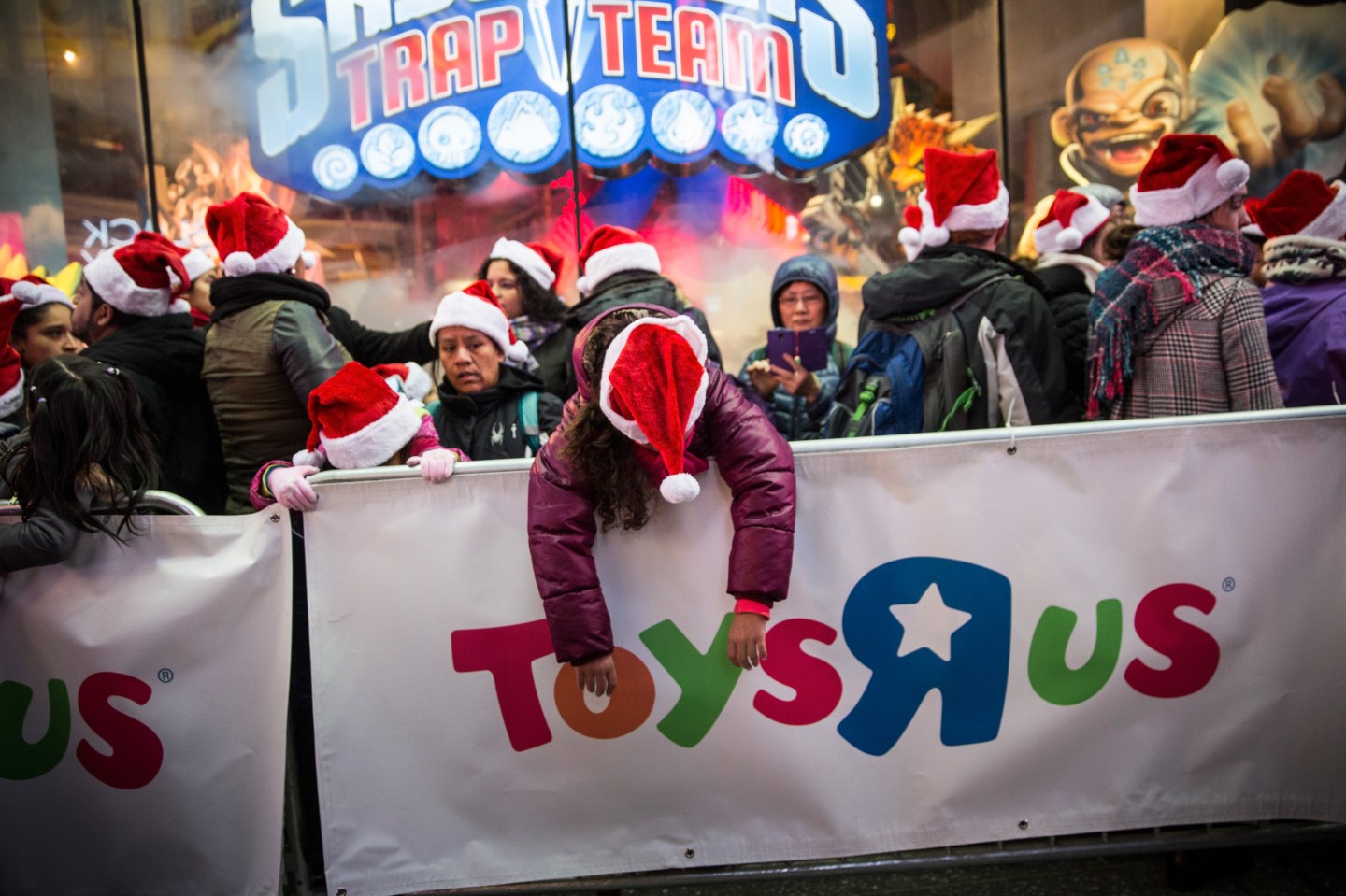 People wait in line to shop at the Toys "R" Us in Times Square on Black Friday in Nov. 2014. The megastore also features movie-themed installments and a Ferris wheel.
Andrew Burton Getty Images

Toys “R” Us is set to abandon its flagship megastore in the heart of New York City’s Times Square, as Gap (GPS) has signed the lease for the gigantic 110,000-square-foot space, the companies confirmed Friday.

The toy store’s tenancy at the 1514 Broadway location has been uncertain since the site’s realtor reportedly said in March that Toys “R” Us had not renewed its lease. At the time, Toys “R” Us told Fortune that it was still considering whether or not to stay, and that it would “gladly” remain “for a rent we believe is reasonable,” according to the company’s CEO, Antonio Urcelay.

A Toys “R” Us spokeswoman told Fortune Friday that it “recently decided not to exercise our option to renew the lease on our Times Square store,” and is looking for a new home for it, though it has yet to sign another lease. “We are hopeful we can remain in the Times Square area,” she added.

Asking rent for the space, located in the Bow Tie Building at the intersection of Broadway and Seventh Avenue, has reportedly doubled in the 15 years since the toy retailer originally signed for it, reaching as much as $2,500 per square foot on the street-level floor, the most expensive real estate in the three-story space.

Gap would not disclose how much it had agreed to pay for the lease, but said it planned to split the space into two, with separate flagship stores for its Gap and Old Navy brands at 31,000 square feet each. The company hopes to complete the construction of the stores by early 2017.

For Toys “R” Us, meanwhile, vacating the Times Square store would mark the company’s second exit of one of its major New York real estate properties this year. The historic toy store FAO Schwarz, which Toys “R” Us owns, recently announced it’s leaving its longstanding Fifth Avenue flagship location in July due to the increasingly steep Manhattan rent prices.

And another company may also be left out in the cold once Gap takes over the Times Square space: UPS (UPS), which currently operates a printing-and-shipping outlet on the lower level of the Toys “R” Us store. The owner of the building, Bow Tie Partners, did not immediately respond to a query on the future status of the UPS store there.