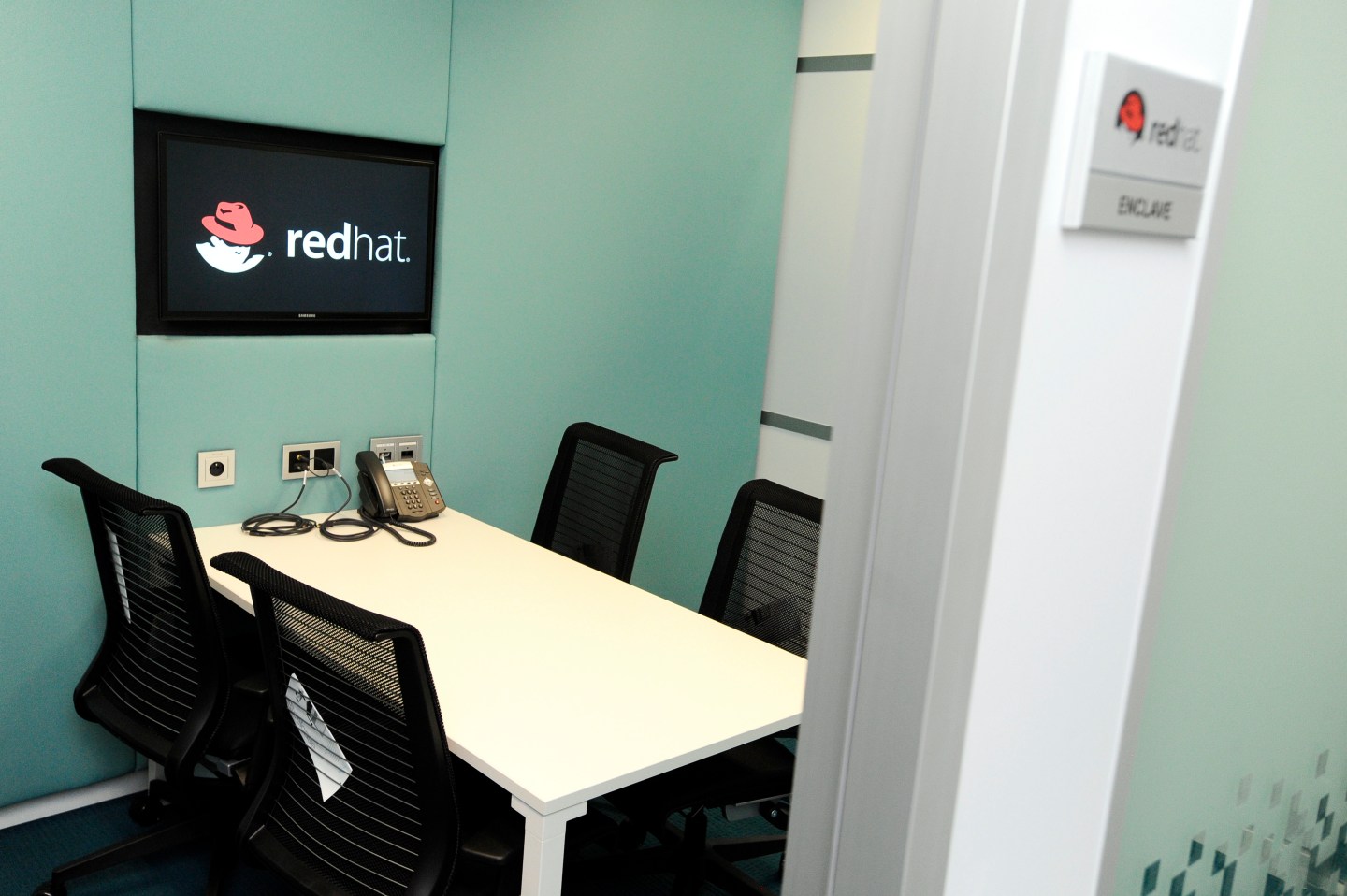 For the past few years, when big companies talk applications, they usually mean mobile applications, which is why Red Hat(RHT) and Samsung (SSNLF) just announced a collaboration aimed at bringing a stream of business-focused mobile software to the market.

The news comes about a year after Apple(AAPL) and IBM(IBM) launched a similar collaboration between a big enterprise tech company and a maker of popular handheld devices.

Under this pact, Samsung Electronics America will use the new Red Hat Mobile Application Platform, to build and run a stream of business applications for various industries. And they will encourage third-party developers to build, test and run their mobile apps, accessible to Samsung’s devices. The application development environment builds on Red Hat’s acquisition of FeedHenry last September.

Samsung has been talking to customers for years about their need for secure enterprise applications that can be deployed internally, but also reach their own customers and partners, said Robin Bienfait, executive vice president and chief enterprise innovation officer for Samsung Electronics America.

The company will show off five industry applications at the Red Hat Summit in Boston this week. You could argue that these companies are a tad late to the party. Amazon has been adding mobile development perks to its Amazon Web Services cloud for more than a year. Ditto Google and Microsoft.

What Red Hat brings to the table is its huge installed base of Red Hat Enterprise Linux (RHEL) users; and Samsung is a leader in smartphones.

The demand for capable, easy-to-use and secure mobile apps is huge. “Eighty percent of companies now want mobile first,” Craig Muzilla, senior vice president of Red Hat’s Application Platform Business told Fortune. Red Hat’s product gives developers a place to build the back end of their applications and integrate them with other corporate software as needed.