Ellen Pao’s appeal is now about the money 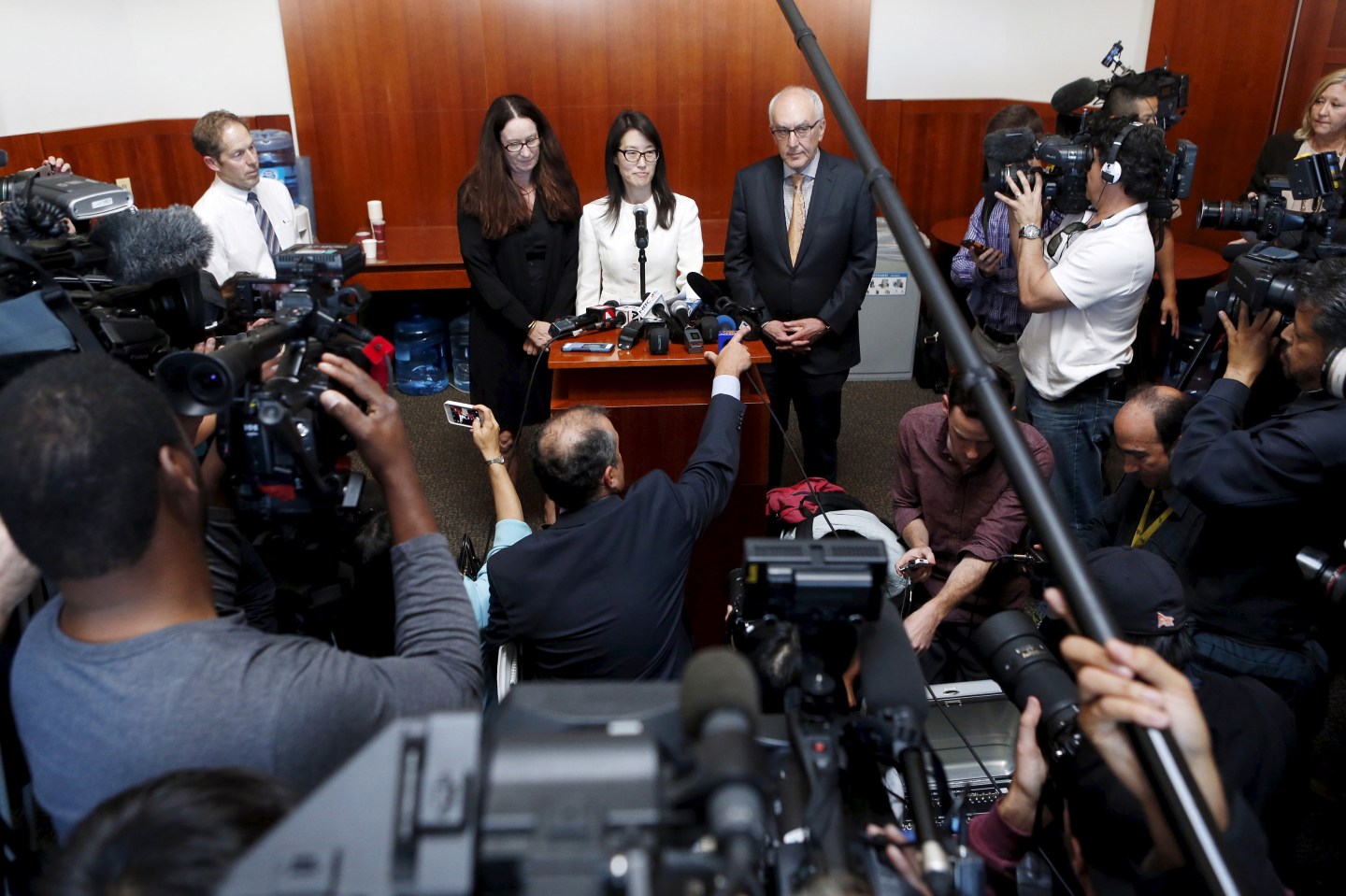 Ellen Pao’s gender discrimination and harassment case against venture capital firm Kleiner Perkins Caufield & Byers has been heralded as a seminal moment for Silicon Valley’s male-dominated technology and investment communities. It highlighted issues of inequity that went far beyond the litigants and, perhaps, will ultimately lead to actual change.

In the process, Pao herself became something of a poster child for gender equality. A lot of it had to do with statements she made during the trial about her motives for bringing the suit, which had a decidedly altruistic bent. A lot of it had to do with others who felt that they had experienced discrimination, and were inspired by a woman who was willing to so publicly take on not just an alleged perpetrator, but one that also was one of Silicon Valley’s most storied and powerful investment firms.

Today, I have to wonder if those folks are feeling disheartened.

Following a March jury verdict that found in favor of Kleiner Perkins, Pao said in multiple interviews that she had not yet decided on whether or not she would appeal. In response, Kleiner Perkins said that it would seek nearly $1 million in legal fees from Pao, but would drop the request if Pao waived her right to appeal (a move that was sound in law, but steeped in spite). That was followed by Pao, earlier this week, filing a notice to appeal. The move didn’t necessarily mean she would appeal—nor did it reveal grounds for appeal — but seemed to indicate that she had rejected Kleiner’s officer.

Today, however, it looks more like a negotiation tactic.

Kleiner Perkins this morning filed court paperwork claiming that Pao offered to waive her appeal rights if the venture capital firm agrees to pay her $2.7 million to cover her fees and costs. It also said, in a subsequent statement, that it has “no intention of accepting this unreasonable demand.”

None of this, of course, should be terribly surprising. Legal disputes related to employment often boil down to money. But this case was elevated to something much grander, due largely to Pao’s own statements. If Kleiner’s contention is true, she has either betrayed those words for the sake of financial expediency, or they were largely a ruse in the first place.

To be clear, neither side’s motive in this case should ever have mattered. Pao’s charges against Kleiner Perkins were quite serious on their face, and deserved the open hearing they received.

But for those who focused on the motive over the substance, it must be unsettling to learn about the $2.7 million request. It’s one thing to not appeal because your attorneys say that there is little viable pathway to victory, and that you’d be throwing good money after bad. It’s quite another to publicly keep your options open as a de facto way of saying the cause of gender equality was not well served by the jury, while privately asking for a payout to make the whole thing go away.

Sign up for Term Sheet, our daily newsletter on deals & deal-makers.