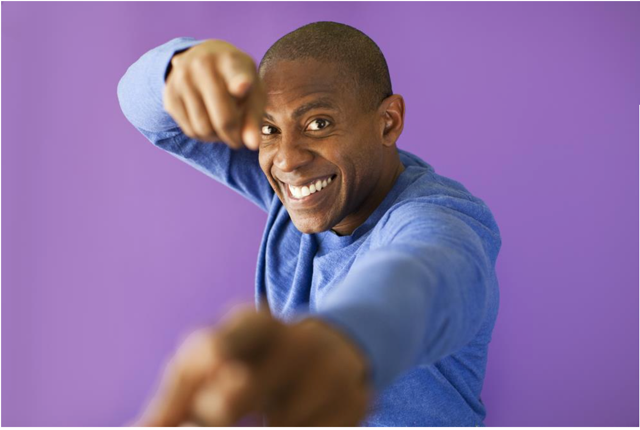 If there’s one target market every media outlet wants to own, it’s millennials, those twenty- and thirty-somethings who are going to be running the world soon and have all kinds of disposable income and fickle tastes. Companies like Vice Media, Fusion, Vocativ, and Mic all claim that they are the best route to this user base, which advertisers seem to covet—but newcomer OZY Media says that it plans to be the long-term winner in this market, and it is spending $1 million of its venture financing cash on an advertising campaign designed to shout that message from the rooftops.

It might seem odd that a site designed to appeal to advertisers as a venue for millennials would have to take out ads in the New York Times and other venues to prove its case, but that’s the kind of topsy-turvy media world we live in. OZY Media co-founder and editor-in-chief Carlos Watson—a former MSNBC news anchor who started the company 18 months ago—said in an interview that the advertising campaign is designed to help OZY cut through some of the noise in the hyper-competitive media landscape.

“We’re already two or three times ahead of where I thought we would be by now, even in my wildest dreams,” said Watson. “We’re passing places like Politico, the Economist, Quartz and so on in terms of traffic. And rather than go slow, we want to put our foot on the gas.”

Watson said that OZY is currently reaching over 10 million monthly unique users, and that number is growing quickly. And when the audience from partners like PBS and CNN—who syndicate Ozy’s content to their readers—is included, he said the site is reaching more than 20 million unique visitors a month. That means the young company is already ahead of places like The Economist, The New Yorker, MSNBC.com and Quartz, the business site that is part of Atlantic Media.

Reaching 20 million puts OZY in roughly the same neighborhood as Mic—formerly known as Policy Mic—which just closed a $17 million financing round and claims to have close to 30 million unique visitors. According to some reports, Mic was even the target of a recent acquisition attempt by Twitter. But even 20 or 30 million uniques pales in comparison to sites like BuzzFeed, Vice, and Gawker, which are in the hundreds of millions of visitors per month. So how does OZY plan to compete with these behemoths?

Watson said that he sees the current media landscape as being similar in many ways to earlier forms of new media. So Vice is well on its way to being the new Maxim magazine, he said—young and sexy and slightly dangerous in its approach—while BuzzFeed is “like the new MTV.” The OZY founder said he sees there being a market for a player that can do what Time magazine or similar outlets did in their early days: making sense of the news, and giving readers a way to look ahead, rather than just reading about whatever the current viral hit of the day is.

“We’re trying hard to be that place that vaults you ahead of the news — to show you things that are 12 or 15 months ahead, something that Wired magazine did really well back in the early days. We’re trying to tell you about the next Jon Stewart, the next Barack Obama, the next Johnny Football. The other thing is the depth of original reporting we’re doing. You’re not going to see any cat pictures on Ozy.”

Watson said he is convinced that readers, and particularly millennial readers, want in-depth and high-quality journalism, and that this will gradually win out over the cat photos and ephemeral entertainment that are the currently the focus of many news sites. But doesn’t he worry that OZY will be crushed by companies with much larger resources, like BuzzFeed with its $50-million financing and a staff of more than 1,000? Not at all, Watson says.

“I’m excited by that—it means more people are going to be searching for something different. We’re at a really magical moment in media right now, where for the first time in 30 to 35 years things are truly getting re-imagined from a content perspective. The birth of cable TV was probably the last time that happened, and now there’s so much happening with sites like Vice and BuzzFeed. But I think we have yet to see a really smart and sexy offering that has a hope of competing with some of the most iconic news brands, and that’s what I want Ozy Media to be.”

OZY has raised a total of $30 million from a range of financial backers, starting with some of Silicon Valley’s most respected investors—including Laurene Powell Jobs (the widow of Apple founder Steve Jobs), Ron Conway and Larry Sonsini. And the company also landed some funding last year from Axel Springer, the giant German media entity.

Watson said the name of the company came from one of his favorite poems—Shelley’s Ozymandias—which tells the story of an ancient king whose broken statue now sits forgotten in the desert. Some have taken the poem to mean that even mighty kings are eventually forgotten, but Watson said the lesson he takes from it is that you have to dream big. And there is no question OZY is dreaming big. Whether it can make those dreams reality remains to be seen. The current media market may have a lot of room for opportunity, but it has also seen more than its share of ambitious failures.

Update: A spokesperson for Ozy Media clarified that Watson interprets the poem Ozymandias to mean: “Think big, but be humble, lest you end up ‘two vast and trunkless legs in the desert.'”