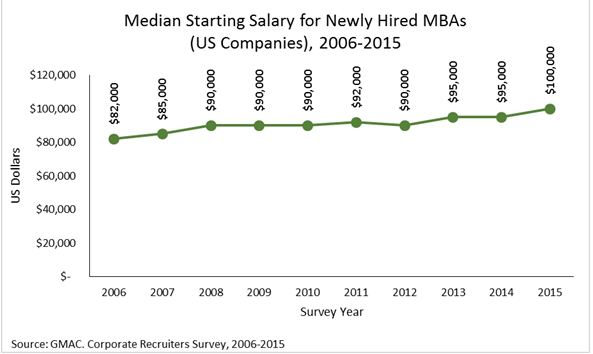 Graduation season is nearly over for university students. For those walking across the stage, all that pomp and circumstance is accompanied by a pressing, stress-inducing question: what kind of salary will this degree (and all this debt) earn me?

The Graduate Management Admission Council, the organization that administers the GMAT, has an answer for MBA graduates. They’ll make more this year than they did last year. That’s right, MBA grads are getting a raise.

There’s more good news for MBA grads. Their overall job prospects are the best they’ve been in more than a decade, with 84% of respondents saying they plan to hire MBA graduates this year, up from 74% last year.