Which gender is most likely to sacrifice for work-life balance? You may be surprised. 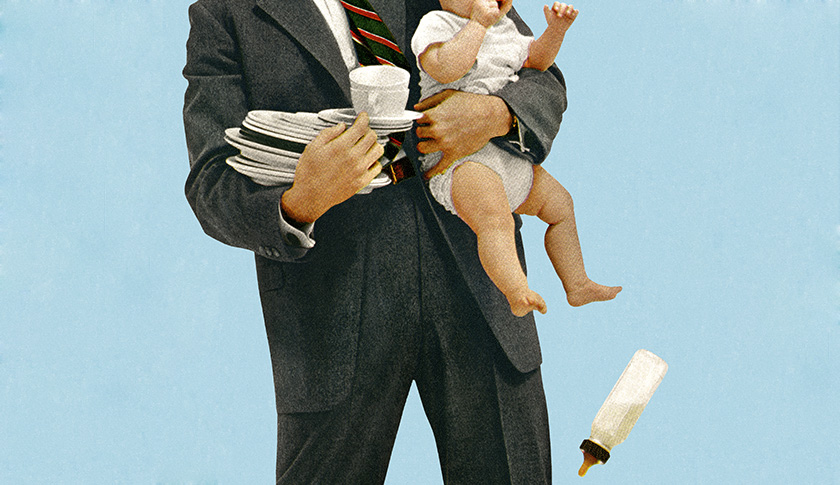 News flash: Achieving work-life balance is tough for everyone. But when it comes to making career sacrifices to achieve that balance, a new survey finds that women are the most likely to say “no way.”

The 2015 EY Global Generations survey found that one-third of full-time workers say that managing a day job and having a life has become tougher over the past five years, with women and parents of both genders (35% each) finding it a bit harder than men (32%) and people who don’t have children (31%). But, surprisingly, women drew a line in the sand when it came to making career sacrifices.

Career-obsessed women—or something else?

Karyn Twaronite, EY’s global diversity and inclusiveness officer, says that while these findings may be indicate shifting gender roles. They also reflect the ways that women are still battling for workplace equality. Sure, it’s great that more men are willing to make such sacrifices, she says, but they may also have less to lose in doing so. A man may be willing to turn down a promotion that would require him to relocate, while a woman may fear that, if she refuses the job, she’s feeding into the stereotype that women are less committed to their careers.

“We know that, because of glass ceiling issues, some women may feel that they can’t say ‘no’ because they may never be offered that opportunity again,” she says.

Tricia Molloy, a Marietta, GA-based work-life balance expert who consults with companies like GE, IBM and The Home Depot, is surprised by the findings of the EY study. In her experience, women more likely to make such sacrifices, even though nearly 40% of households with children have a breadwinner mom. Societal expectations and feelings of responsibility tend to play into those decisions, she says.

“Women are more likely to feel the pressure to make sacrifices and are more often expected to do so,” she says.

But workplace expert Anita Bruzzese, author of 45 Things You Do that Drive Your Boss Crazy—And How to Avoid Them, says this may be indicative of a shift in those expectations. Younger men, who watched their mothers try to balance everything, are often more willing to pitch in and make sacrifices to help their wives succeed.

“These young men watched their mothers work, take them to soccer practice, and stay up late with them doing homework. They’d never think about passing off a baby, saying ‘I can’t change this diaper.’ They have buy-in from the beginning,” she says.

As finding work-life balance becomes more difficult, the pressure to make such sacrifices is likely to increase. The EY research found that 40-hour work weeks are going the way of the dinosaur, as roughly half (46%) of managers are working 40-plus hour weeks and four in 10 (39%) say their hours have increased over the past five years.

Meanwhile, employers don’t get it. A February 2015 study from research and advisory membership portal WorkplaceTrends.com and career placement firm CareerArc found that 67% of HR professionals think their employees are doing great with balance, while 45% of employees don’t agree. One in five employees surveyed spent more than 20 hours of personal time each week working outside of the office.

Unfortunately, flex time may not be the answer. EY’s research found that nearly one in 10 employees (men and women) said they were penalized for taking advantage of flex-time options, and among Millennials, that number jumped to roughly one in six. Respondents said they lost a job, promotion or raise or were assigned to less interesting work because of flexible schedules.

Bruzzese has a measured opinion about those findings. She says that employers who offer flex time may find that employees are attracted to the job because of the flexibility and not because of their commitment to the role. She says that “unconscious bias” may also be a factor; If a manager sees that you’ve been out because of chronic illness or caretaking responsibility, he may develop a perception that you’re less effective.

She sees solutions in applying more data-driven measurement and decision-making to the workplace. As companies learn to better measure productivity, it will be easier to judge employees by production rather than hours worked. Ideally, that shift will lead to more objective decision-making, says Bruzzese, hopefully reducing the number of career sacrifices women are asked to make for the sake of balance.