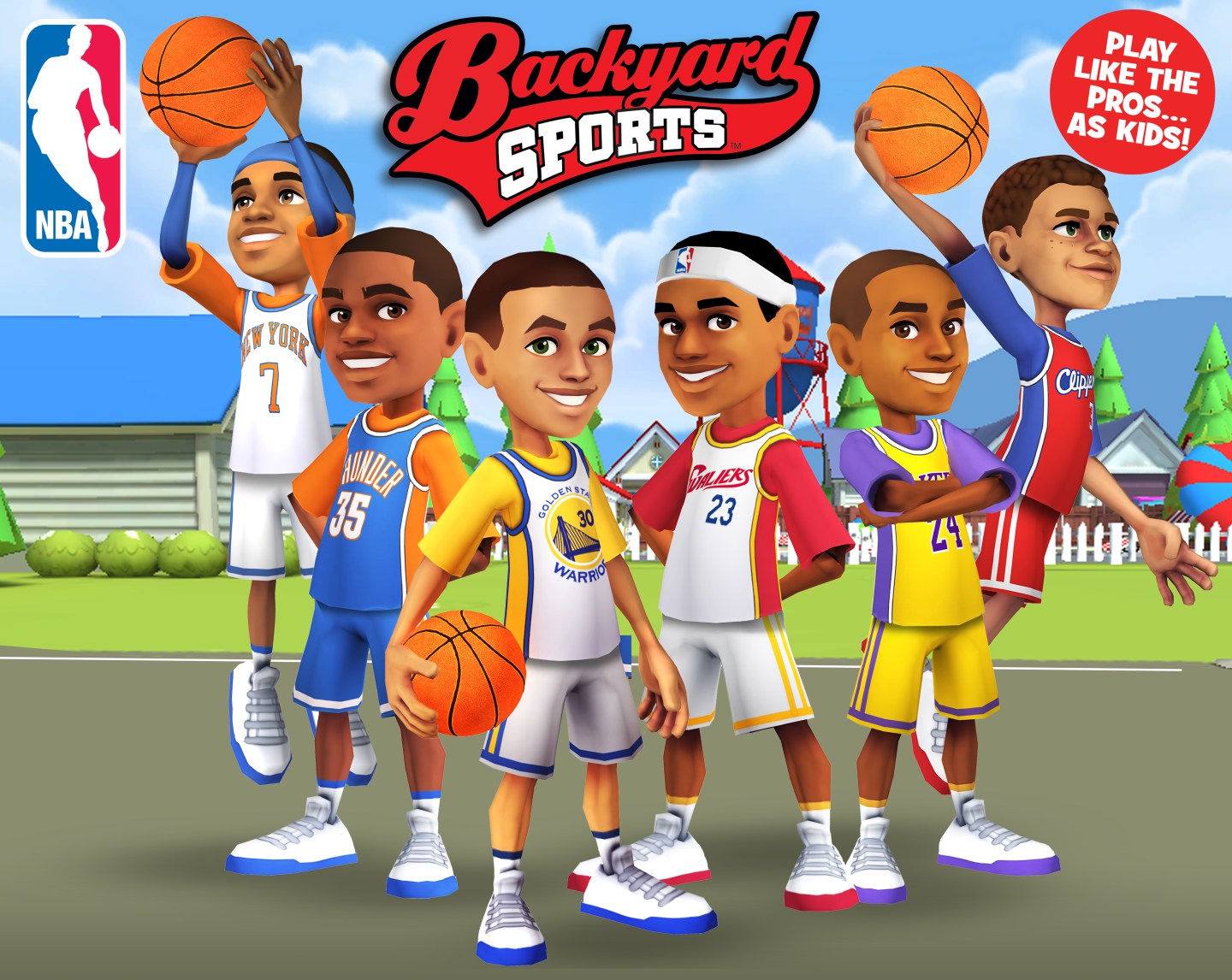 Day 6 is selling physical basketball hoops, mini basketballs, and baseball bats for Backyard Sports, as well as Mojo Bands, which will each unlock a particular player and key gameplay attributes in the virtual world.

Ronnie Frankowski, CMO at Day 6 Sports Group, explains that Activision’s Skylanders and Disney’s Infinity game/toy hybrid franchises have tapped into the nature of play and where it’s heading, and that Backyard Sports will do the same.

Ed Zhao, business analyst at EEDAR, believes the overwhelming success Nintendo has had with its Amiibos, coupled with the Activision and Disney successes with this popular new toy/game hybrid category could transfer to the mobile games market.

“Toys are going high tech, and they command premium prices, so I expect more of these types of crossover gaming products to be launched in 2015 and beyond,” Zhao says. “Everybody likes to buy their kids toys and it’s not yet clear just how much of an upside in the mobile space specifically exists—but it could eventually be a market worth billions of dollars worldwide.”

Nancy MacIntyre, CEO and co-founder of Fingerprint, believes Infinity, Skylanders, and Amiibos have connected with parents because it’s easier to give a gift to a child when there’s a physical product verses an all-digital item.

“Both the parent and child feel like they’ve made an investment in the toy that lives on top of the tablet,” MacIntyre says. “All the big toy companies are working on this concept. Ultimately, it comes down to whether the innovative play experience is attractive to the child.”

Although the NBA and MLB are the launch games for Backyard Sports, Jim Wagner, CEO of Day 6 Sports Group, says the company will expand its line-up into soccer, hockey, and football over time.

The mobile games industry has grown by releasing free-to-play games and encouraging users to pay for virtual microtransactions. With mobile consumers already used to paying for in-game boosts and gamers more accustomed to hybrid toy/game experiences, Day 6 has the potential to tap into two successful trends in gaming.