Why U.S. olympic swimming is so dominant 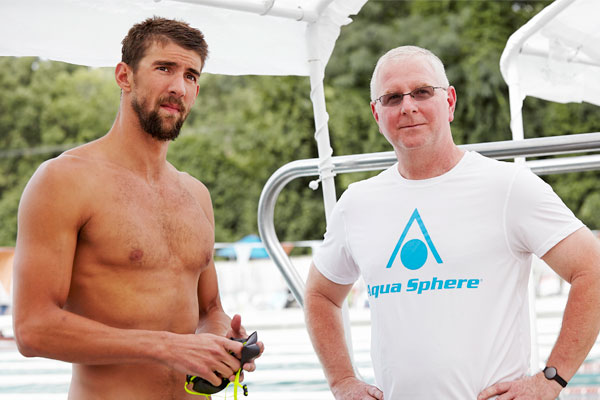 Michael Phelps is back in the pool this week for the Arena Pro Swim Series in Arizona. It’s his first time in competition after a six-month ban from a drunk-driving charge last year.

With 22 medals, Phelps is the most decorated Olympian of all time. But he also happens to compete for the country that absolutely owns the sport. USA Swimming, with its 520 total Olympic medals (220 of them gold), is first among all countries—and it isn’t close. Australia, in second place, has only 171. Swimming has been among the most successful Olympic sports for the U.S. for more than 25 years. So: how is America so good at swimming?

You might be tempted to think the answer is as simple as “Michael Phelps.” But the U.S. has been dominant in the sport since long before Phelps’s first Olympics. And now the organization has produced a study that it believes explains why: management. The “excellence study,” which USA Swimming shared exclusively with Fortune, closely examines the leadership and structure of America’s swim program and concludes that it is the school (so to speak), and not any individual teacher or student, that drives the success.

For a sporting body to basically say “we win the most because we’re the best run” might sound unsurprising, and perhaps silly. But Chuck Wielgus, executive director of USA Swimming, is dead serious about the study and its findings. “We wanted to know,” he says, “what is USA Swimming doing so right?”

To answer that question, the U.S. Olympic Committee tapped Finbarr Kirwan, its high performance director. Kirwan is something of an Olympic defector: previously, he worked as director of high performance for the Irish Sport Council, where he oversaw strategic direction of Ireland’s sports squads for Athens 2004, Beijing 2008, and London 2012. During his tenure, Ireland’s Olympic and Paralympic medal count went from four medals in 2004 to 21 in 2012. He began his study for the U.S. in 2013.

The study rests on the premise that consistency in structure has served American Olympic swimmers better than any one part of the program. USA Swimming’s motto is, “Build the base, promote the sport, achieve competitive success.” Kirwan presents that as a Venn triangle where each tenet (build, promote, and achieve) overlaps and feeds the others. The “achieve” pillar includes: trusting in the individual; pairing swimmers with individual subject-matter experts; and imbuing them with a service mentality. “Build” includes a strong talent pipeline and the establishment of a team environment. “Promote” means giving support to swimmers in their swimming career and also their career outside the pool, as well as mentoring young athletes and making the swimmers adaptable to change.

Lest all of this begin to sound like squishy, hand-holding campfire talk, at the very center of Kirwan’s diagram is “bottom-line results focus.” That means winning, and U.S. Olympic swimmers do that consistently.

You would assume all countries have the same rigid management map for their Olympic teams. But Kirwan says that’s not the case. In Ireland, he says, “people would often say that some of the athletes were succeeding despite the program, not because of it.” And it isn’t that young American amateur swimmers have more raw talent than young swimmers in other countries, either. Their talent is shaped more effectively: “The problem we had in Ireland was we couldn’t properly manage the talent,” says Kirwan. “The structured environment we have here just wasn’t in place.”

Clear definition of roles is another key to the program, and provides something of a corporate management lesson. Wielgus uses his own job as an example. He is executive director, and the coaches and athletes all know him, but he is careful to keep his sights on the business (“We’re a not-for-profit with a bottom-line orientation,” he says) and let the trainers and coaches fulfill their roles unfettered. “Performance by committee is a major mistake,” he says. “So coaches run their show, directors do their part, and it’s a separation of state.” There is also an entrepreneurial spirit among the staff. David Marsh, for example, is a Team USA coach who also serves as director of coaching at SwimMAC Carolina, a club team.

Of course, beyond good coaching, there are individual stars whose influence can be profound. At the 2012 Summer Olympics in London, the U.S. took home 31 swimming medals. Phelps won six of those. Would swimming be as popular as it is among American viewers without Michael Phelps? “The answer I have to give is yes,” says Wielgus, “but the truth is that Michael has been responsible for enormous growth in our sport. The media attention and social interest—that’s Michael Phelps.” Still, he says it would be shortsighted to put it all one one star: “Consistency is underrated. If you have consistency across your culture, you will always at least be in the top 80 percent. Then, from time to time, you might have a huge star pop up [like Phelps], but even if you don’t, you’ll still have your 80 percent.”

Phelps, a true product of the USA Swimming program, might even be a personal example of just how strong the program builds its family environment. He left swimming after London 2012, but was reportedly “bored in retirement.” Stories have indicated that without the structure of his swimming career, he felt aimless. He has appeared relieved to be back in the swing of competitive swimming. When asked about Phelps’s troubles with substance abuse, Wielgus would only say, “Michael is better in a team environment than alone on his own.” Just this week, Phelps announced he hopes to compete at the 2016 Olympics in Rio de Janeiro.

Lately, Ryan Lochte has taken up Phelp’s mantle. He says Phelps mentored him, just as the program dictates. “We have each other’s backs,” he tells Fortune. “So many times, people say, ‘Don’t you want to beat Michael Phelps?’ And yeah, I want to beat him. But when we go out there, we push each other, we want to go 1 and 2. That’s why we have such a great rivalry—because, win or lose, we’re still teammates. We’re not going to hold grudges. Holding a grudge, or feeling jealous, that negative energy is contagious, so we don’t mess with that.”

Lochte also says the program’s management structure is no lip service. “It all starts at the top, with Chuck,” he says. “We have a system. If you go to other countries, they’re going to say the same, but when it comes down to it, Team USA is just the best. And I think it’s because we have something in our system that we don’t break.”

Next up, Kirwan is presenting his study to other Olympic governing bodies. Don’t be surprised if other U.S. squads soon clamor for the same granular analysis of their practices.