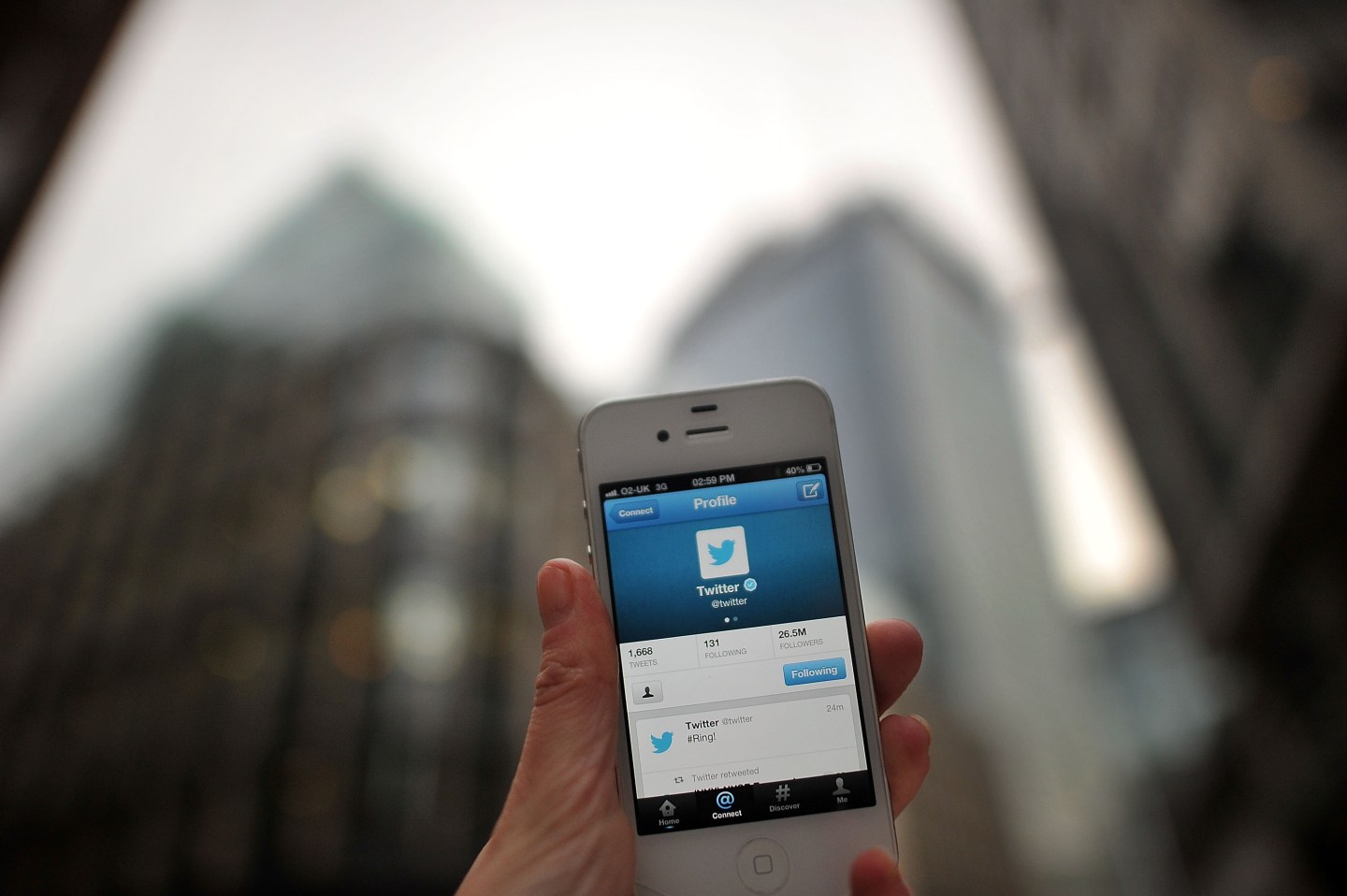 LONDON, ENGLAND - NOVEMBER 07: In this photo illustration, communications from Twitter are displayed on a mobile device announcing the company's initial public offering and debut on the New York Stock Exchange on November 7, 2013 in London, England. Twitter went public on the NYSE opening at USD 26 per share, valuing the company's worth at an estimated USD 18 billion. (Photo by Bethany Clarke/Getty Images)
Photograph by Bethany Clarke — Getty Images

Twitter’s legal department has been busy filing trademark applications including one for the term “tweetstorm.”

Popularized by famed tech investor Marc Andreessen, a tweetstorm is the posting of a series of tweets, usually numbered, about one thought or idea. Because Twitter limits posts to only 140 characters, tweetstorms are a way of extending the conversation into a public soliloquy.

Andreessen, Netscape’s co-founder and currently a venture capitalist, does this regularly about Silicon Valley topics like the digital currency Bitcoin, economics and various technology topics. In some cases, his storms are more than 10 tweets long, the equivalent of War and Peace in Twitter’s fast-twitch universe.

While it’s entertaining to see Twitter use its legal muscle to trademark that term, it’s also not surprising because it contains the word “tweet” — meaning, a post on Twitter — in it. Trademark law requires companies to aggressively protect words and phrases they deem important to their business or risk losing control of them.

Two other trademark applications, first noticed by tech blog VentureBeat, hint at what Twitter (TWTR) might be planning for the future. Whether the products will ever materialize is an open question.

All of the applications were filed with the US Patents and Trademark Office between July and last week.

One of the applications is for “The Future of Identity,” a set of tools for developers that would help them manage, secure, and verify users’ identities. In the past year, Twitter has release several such tools in the hopes of getting developers of third-party sites and apps to ask users to log in using their Twitter accounts much like Facebook already does.

This application appears to be a way for Twitter to take the security worries off developers’ hands. Or it could be for a more overarching system for managing users’ logging in credentials. Facebook’s reign as the social media network of choice for signing up and singing into apps could be in danger.

Twitter’s third application is for an icon representing a mysterious service for “online entertainment and real-time news information.” The idea is particularly interesting in light of its recent acquisition and launch of Periscope, a mobile app for broadcasting and streaming of live video. While Periscope’s team has been working on the product for quite some time, the app didn’t premiere until last month, a few weeks after rival Meerkat took the social media world by storm. Since both apps’ launches, it’s quickly become clear that they could do a lot for citizen journalism, entertainment, and how news outlets deliver content.

So it wouldn’t be too shocking if this mysterious service somehow builds on Periscope’s technology given the application’s mention of video, “real-time news,” and streaming and transmitting of media.