Avon’s in a ding-dong battle to stay in business 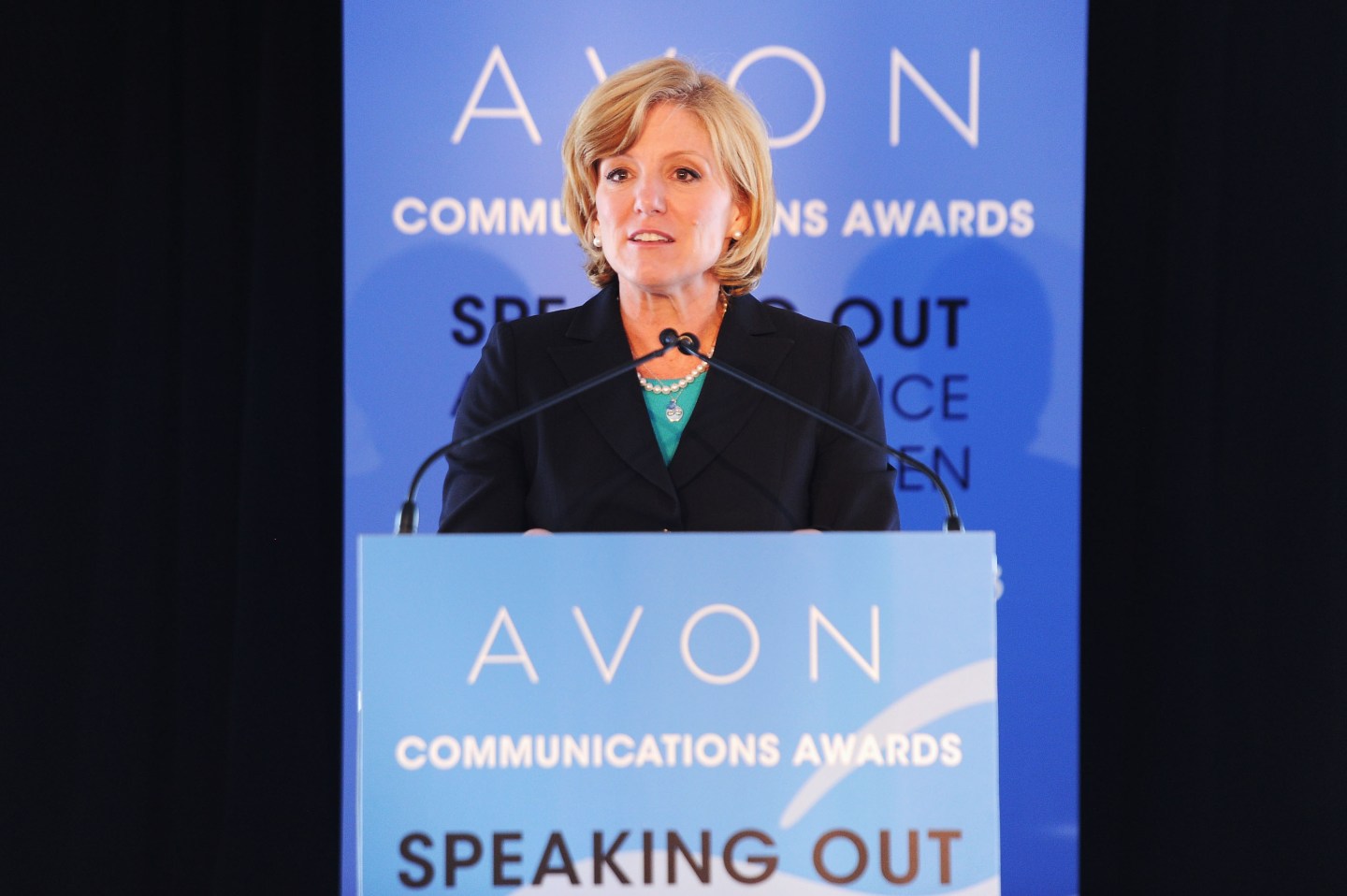 NEW YORK, NY - MARCH 07: Avon Products, Inc. CEO Sheri McCoy addressed global womens rights leaders at the 2nd Avon Communications Awards: Speaking Out About Violence Against Women during the 57th session of the Commission on the Status of Women at the United Nations Headquarters on March 7, 2013 in New York City. (Photo by Dimitrios Kambouris/Getty Images for Avon)
Dimitrios Kambouris Getty Images for Avon

“Ding Dong, Avon’s calling,” was a familiar sound for decades in the United States, heralding the arrival of an Avon Lady selling beauty products door to door.

But according to a Wall Street Journal report, that may become a thing of the past in North America as the struggling direct-selling company looks at so-called “strategic alternatives” that include the 129-year-old New York company possibly selling its business in its home market.

An Avon spokeswoman declined to comment on the report, which came one day after Avon announced it is postponing from May to the fall an analyst day with Wall Street experts during which it was to have laid out its latest turnaround plan.

Once the largest direct-selling company in the world, Avon has flailed in recent years, particularly in North America. In 2014, Avon’s North America revenue fell 18% to $1.2 billion, crumbling to barely half of what it took in 2007. And more worryingly for a company that depends entirely on sales reps, the number of Avon Ladies selling its products fell 18% at home. Globally, the size of its sales force fell for the fifth straight year.

In recent years, Avon’s U.S. business has struggled to adapt its direct selling model to the realities of modern life. Last year, Avon completed the first major overhaul of the avon.com website in 10 years, but it is now contending with nimble e-commerce rivals such as beauty online retailer Birchbox.

Avon’s offerings, generally lower-end, must also compete with vastly improved offerings at brick-and-mortar retailers such as Target (TGT), Walgreens, Kohl’s (KSS) and J.C. Penney (JCP), which has Sephora boutiques at hundreds of its stores. Some of the pain has come from confusing customers about what it stands for. Just a few years ago, Avon unsuccessfully tried to add higher-end products as well as silver jewelry to its line-up. The move was a total flop.

Efforts under Sheri McCoy — a Johnson & Johnson executive who took the reins in 2012 — to fix Avon’s U.S. problems have not worked. Avon has struggled to make its commission structure competitive with that of competitors such as Mary Kay Cosmetics. One big failed effort was the cancellation a couple of years ago of a big software upgrade that had been designed to make tracking orders and compensation easier for reps.

While many on Wall Street have clamored for years for Avon to consider exiting the U.S. business altogether to focus on more promising markets such as Brazil, Russia, and Mexico, McCoy told Fortune last year that success in Avon’s home market was too important: “To not compete in one of the largest markets in the world doesn’t make sense. It’s the founding country of the brand; there are a lot of roots to the brand,” she said in September.

What’s more, going the retail route is not that simple either, given that the company has no systems in place to sell to stores. It’s hard to see anything encouraging in Avon’s North American sales, particularly as the business is clearly unprofitable, losing $132 million in the last two years.

“Avon needs to do something big. This may be too little, too late,” said Ali Dibadj, a Sanford C Bernstein analyst. “They’ve been throwing good money after bad for years.”
[fortune-brightcove videoid=4165615316001]

Until last year, Avon could at least find some solace overseas, with promising numbers in some markets. But revenue in Latin America (Brazil is Avon’s biggest market), Europe, and Asia (Avon’s bribery scandal in China destroyed its business there, erasing a lead it had gotten by being the first U.S. direct seller) all fell last year. (To be fair, Avon has said the strong U.S. dollar was behind a lot of that.)

Three years ago, when Avon urged shareholders to reject Coty’s unsolicited bid, the company’s board argued that they would get a better return by giving the newly appointed McCoy a chance to fix a company left in a shambles by her predecessor Andrea Jung. But fast forward to now, despite all the time McCoy has had, the company is in worse shape. Its revenue is down 22% over a 3-year period to $8.8 billion, and the company is struggling to compete with aggressive competitors in places such as Brazil. It’s hard to argue McCoy has not had enough time to at least stabilize the ship.

“Avon gets more grief from equity analysts than any company we’ve ever followed and it’s no wonder. Management continues to claim they know what’s wrong and how to fix it, yet results continue to languish,” said Carol Levenson, director of research, at Gimme Credit, an independent research service on corporate bonds, in a research note.