Who makes less than $15 per hour? An explainer in 3 charts 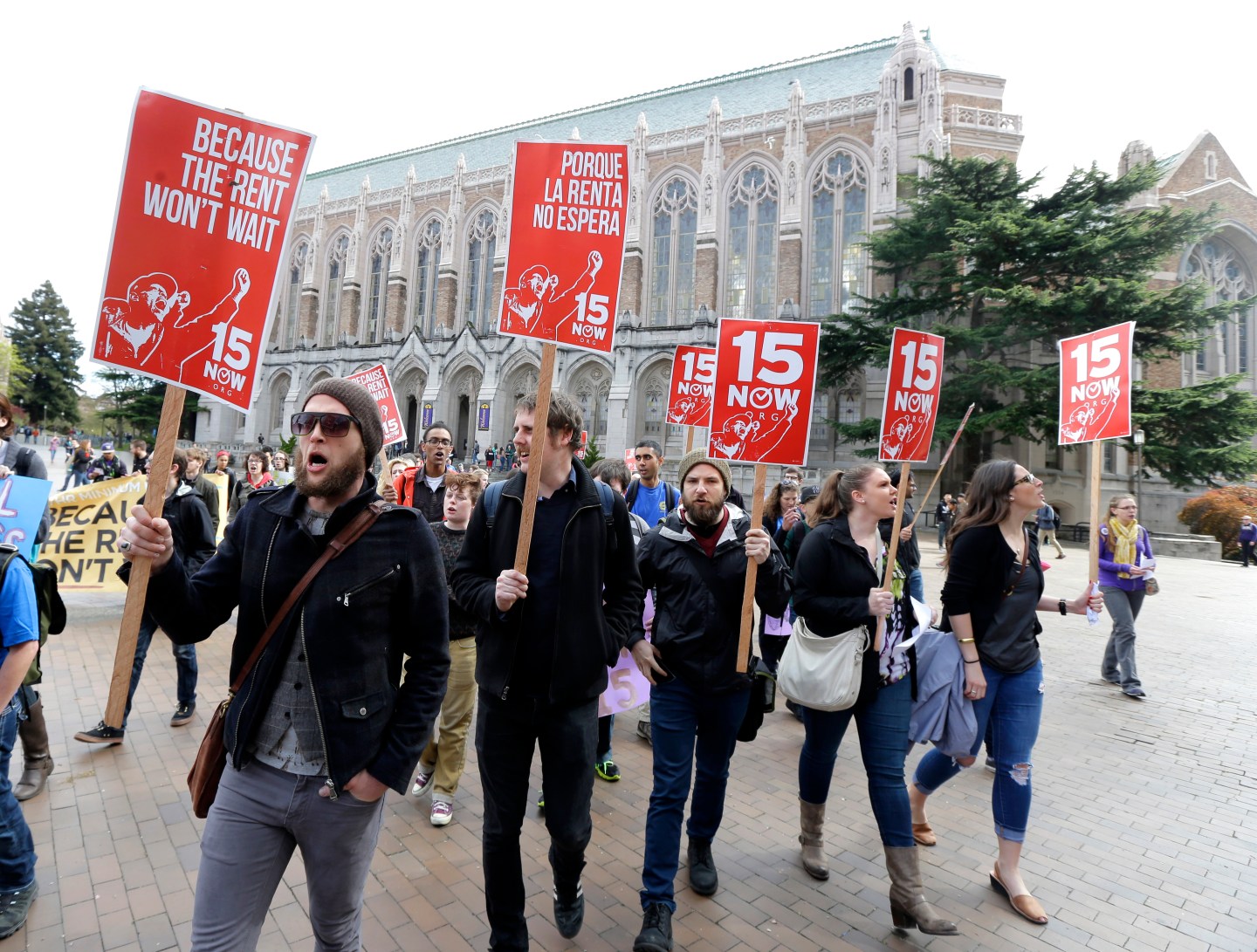 Ever since fast-food workers walked off their jobs in New York City in November 2012 to demand $15 per hour, that dollar figure has been the rallying cry of the low-wage worker movement.

The campaign has had some notable wins lately, as Wal-Mart, Target, T.J.Maxx, and McDonald’s announced increases to their minimum wages.

Despite of all the talk about $15 per hour, there hasn’t been a lot of conversation about who precisely earns less than that figure.

The National Employment Law Project, an organization that supports raising the minimum wage and the unionization of workers, aims to change that on Monday, with the release of a new study that paints a more detailed picture of the worker who takes home less than $15 per hour—or $31,000 annually for full-time work. Here’s what NELP discovered:

It’s easy to assume that workers earning less than $15 is a small subset of the workforce. But, in fact, 42% of all workers in the United States fit this bill. Just over half of all African Americans earn less than $15 an hour, and nearly 60% of Latinos make that hourly sum.

2. They are disproportionately female, African American, or Latino

Even though women make up less than half of the overall U.S. workforce, they constitute 55% of all sub-$15 per hour wage earners. You find a similar misalignment for African American workers, who constitute almost 12% of the workforce but 15% of earners who make less than $15. Latino Americans are overrepresented in the sub-$15 category as well; they account for 23% of sub-$15 per hour earners in the U.S. but only 17% of all workers.

3. They likely work in a service industry

Fast-food and retail sales reps have led the push for a $15 per hour minimum wage, and for good reason. A combined 7.7 million workers in retail sales and food preparation jobs earn less than $15 per hour. The occupations that are flush with sub-$15 per hour earners may not be all that surprising, but it’s worth noting that six of the 10 largest occupations with median wages less than $15 are also among the jobs projected to grow the most by 2022: retail salespersons, combined food preparation and serving workers, laborers and freight movers, janitors and cleaners (except maids and housekeeping cleaners), stock clerks and order fillers, nursing assistants, and personal care aides.

The results of NELP’s report—that nearly half of all U.S. workers are making less than $15—”challenge us to think about the future of this country,” says Irene Tung, a senior policy researcher for NELP. Many of the jobs that pay $15 or less are not going away; they’re not going to be outsourced, Tung says. “So either we figure out how to raise wages—a cornerstone to rebuilding the middle class—or continue on the path that we’re heading down, where those workers are impoverished.”