Southwest Airlines surprised this couple with an airport wedding shower 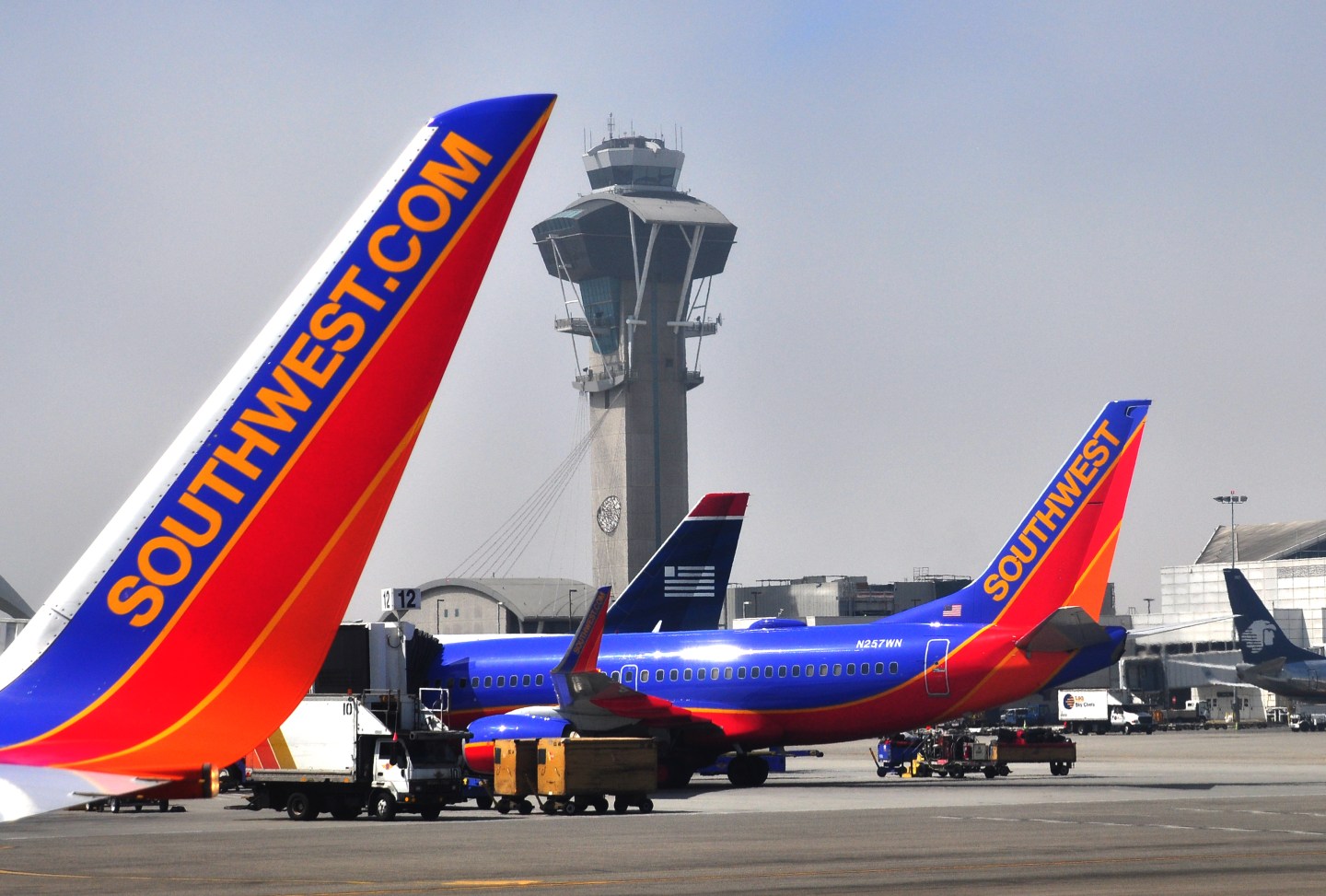 Southwest Airlines threw a surprise wedding shower for two passengers on Wednesday, featuring roses, champagne and a signed letter from the company’s CEO.

The airline’s planning began in October, when passenger Andy McIlvaine explained to airport staff that his checked luggage included champagne because he was flying to Maine to proposed to his girlfriend, Kelley Mulfinger. The employees understood, and gave McIlvaine a happy sendoff to propose.

“The next thing you know, I’m talking to these five Southwest employees,” McIlvaine told The Baltimore Sun. He received a $100 voucher from Southwest Airlines. “I thought he was going to give me a drink ticket,” he added. “He said ‘Have fun, good luck and go get your girl. Here at Southwest we’re all about love.'”

McIlvaine wrote a letter of thanks to CEO Gary Kelly because of the positive interaction. That inspired Southwest to do the shower, having crew members and airport staff surprise Mulfinger at BWI Airport this week. Southwest also flew in Mulfinger’s mother and sister for the occasion.

“They kind of have a special place in my heart,” said McIlvaine. He explained that the couple had been doing a long distance relationship. “It’s kind of funny because our relationship has evolved so much around airplane flights,” McIlvaine told the Sun.