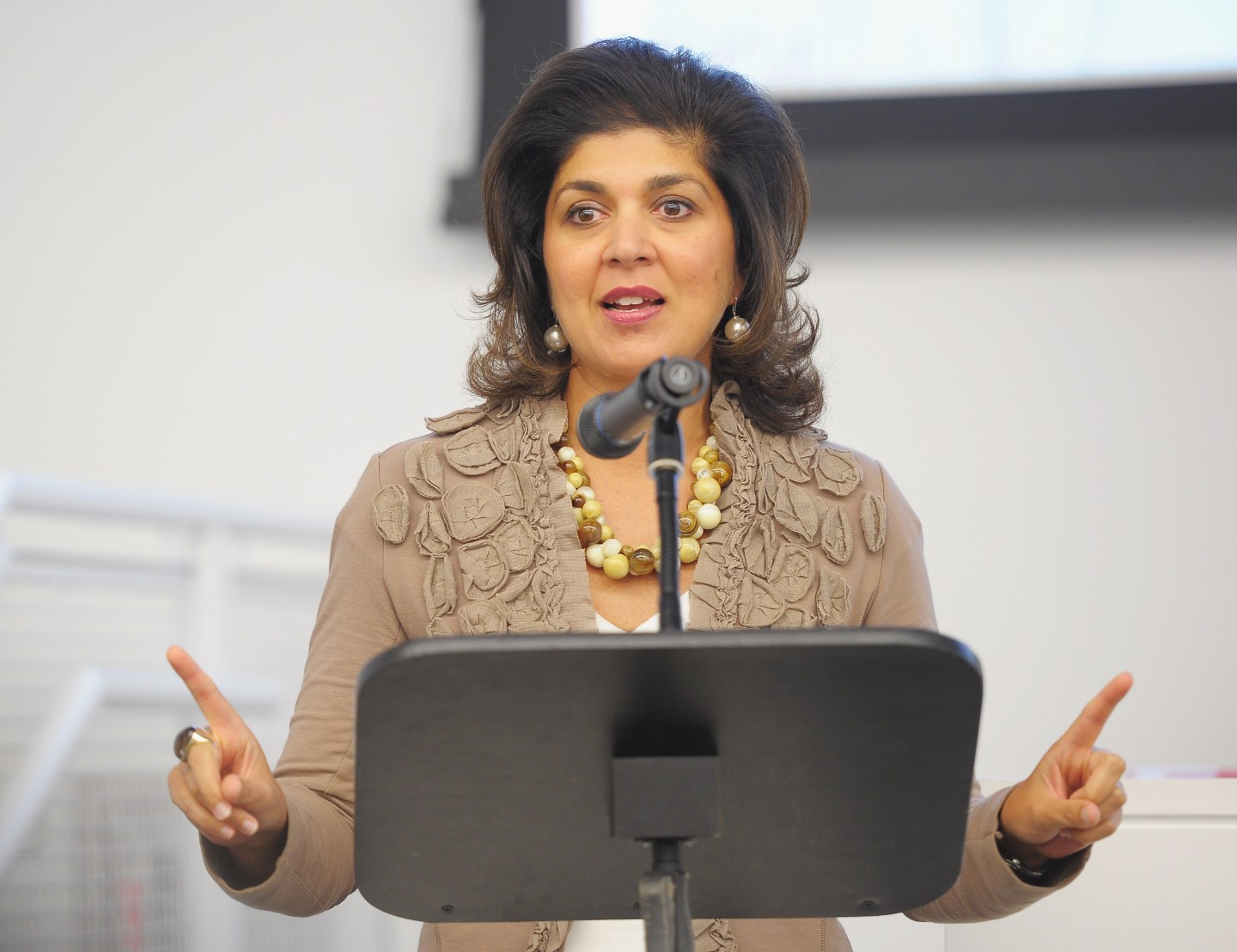 On a brilliant September day 14 years ago, Farah Pandith looked out her office window at Boston’s Logan airport—hoping against hope that the hijackers who had just slammed two passenger jets into Manhattan’s World Trade Center wouldn’t turn out to be terrorists using her religion, Islam, in the name of mass murder.

As facts confirming her fears emerged in the weeks following 9/11, Pandith asked her boss to help her quit her job. “My country had just been attacked by a group that claimed to use my religion,” she recalls saying. “I can’t sit still. You have to help me get to D.C. and serve my nation.”

She would end up serving in George W. Bush’s National Security Council—and Hillary Clinton’s Department of State. She carved out a mission to understand the mind of Islamic extremists. She “talked and talked, and listened and listened, to young people all over the world about what it feels like to be young and Muslim,” Pandith says, “about what drives their passion and their affiliation—or not—with extremist ideology.”

Today, Pandith finds herself at the center of our country’s most dangerous conundrum—how to stop ISIS and Al Qaeda from expanding their ranks with recruits from right here in America, as well as Europe and other countries. Her bottom line: Millennial Muslims face an identity crisis that only their peers can solve. So she’s devoting a new chapter of her life to calling for an anti-terror “youth quake.”

I interviewed Pandith at the Center for Strategic and International Studies (CSIS) for the latest iTunes podcast episode of Smart Women Smart Power. You can hear the entire conversation by following this link: http://apple.co/19Ew59m

Whether they live in Muslim-majority countries or are minorities in places like the U.S., Pandith said these digital natives are “having a crisis of identity. They are asking questions that their parents and their grandparents didn’t ask—like what does it mean to be a modern and Muslim? What’s the difference between culture and religion? And Sheikh Google is providing the answer” in the form of a pathway to online extremists. “We have not flooded the marketplace with alternative narratives to move their minds, give them a passion,” she says.

This “struggle for identity means there is an opening for extremists—to give them purpose, to give them a sense of belonging, a shape and sophistication to who they are,” says Pandith.

That stands in sharp contrast to her own upbringing—or the lives of Muslim parents who can’t understand why their son or daughter is drawn to extremism. The India-born Pandith immigrated to Boston as a young girl and was imbued with that city’s emotional connection to the history of America’s founding and values. She enjoyed a world-class education and never felt like an outsider, other than when kids occasionally asked why she didn’t eat pork or drink alcohol.

Today’s young Muslims are growing up in a post-9/11 world where the words “Islam” and “Muslim” “are on the front pages of papers, on-line and off-line,” she says.

Purposeful messages aimed at Muslim millennials won’t be found in government efforts or Washington, DC, says Pandith. They need to come from youthful, tech-savvy places like Silicon Valley, New York, and London—and to start a grassroots level where young people live. Pandith herself has launched efforts to combat the mind of terror; now she’s aiming a challenge at America’s hipsters—celebrities, techies, rock musicians—to get involved.

How hopeful is she about her mission? Just check the title of her forthcoming book: “Why Extremists Are Going to Lose.”