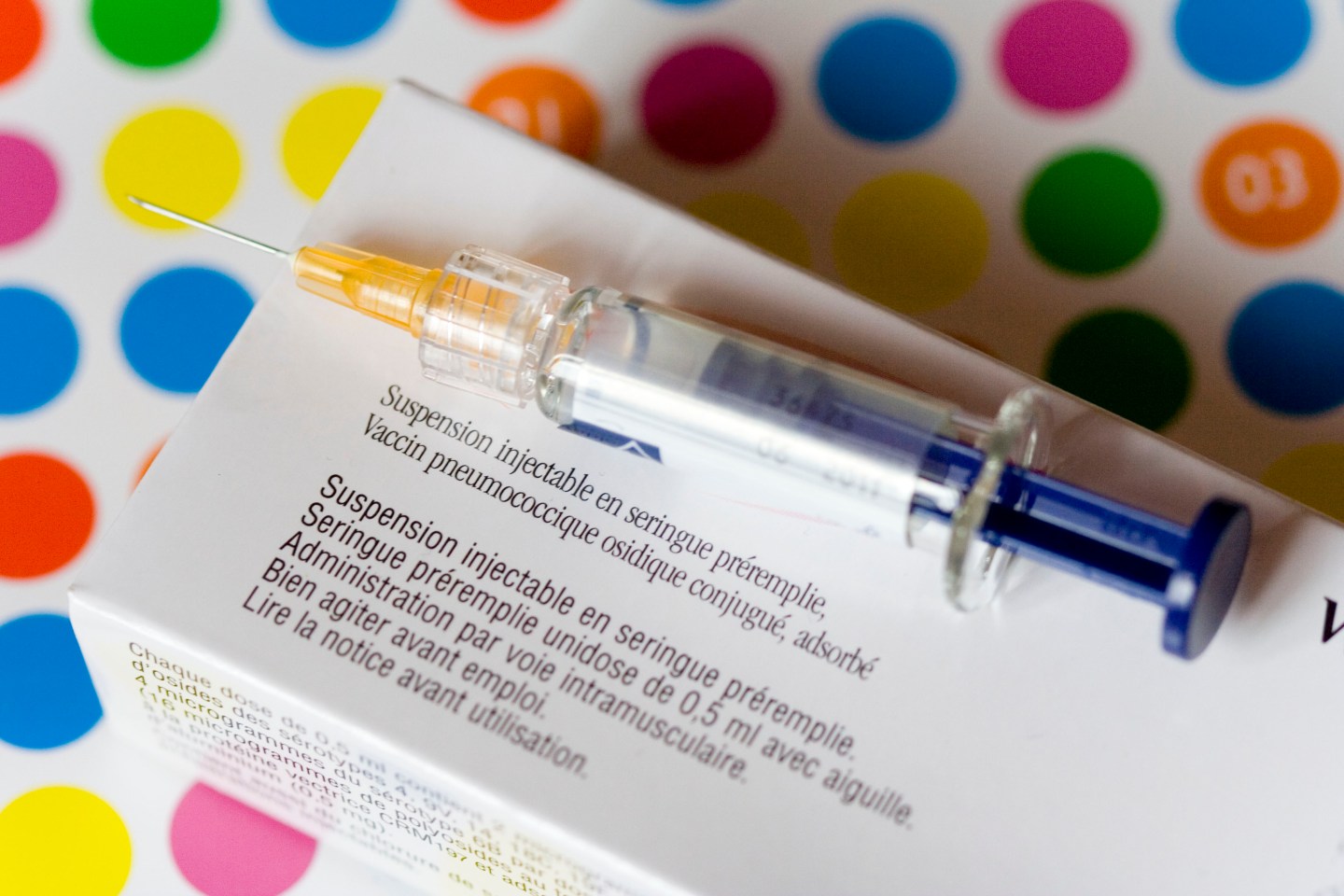 Prevenar Is A Vaccine Used In Children Aged From 2 Months Old To 2 Years Old In Prevention Of Invasive Diseases Bacteremia, Septicemia, Meningitis, Bacteremic Pneumonia Caused By The Pneumococcus Streptococcus Pneumoniae. (Photo By BSIP/UIG Via Getty Images)
Photograph by BSIP UIG via Getty Images

Pfizer Inc (PFE) said Thursday it will cease its vaccines sales operations in China after an import licence for one of its top-selling treatments, the only vaccine it sold in the country, was not renewed.

The move comes as drugmakers face growing difficulties obtaining approvals for medicines in China, the world’s No. 2 drug market, where pharmaceutical executives say over-stretched regulators have added more red tape to the process of bringing drugs to market.

“Based on a careful assessment of this situation, we have decided to cease our vaccines commercial operations in China at this time, effective immediately,” Pfizer spokeswoman Trupti Wagh said in comments emailed to Reuters.

Prevenar is the only vaccine Pfizer sells in China, and the move doesn’t affect its other operations in the country.

Pfizer’s vaccines sales team has around 200 staff and “most colleagues will be impacted”, Wagh added. Pfizer has over 9,000 employees in China, according to its website, working in business segments including research and development, prescription drugs and consumer health products.
China’s fast-growing healthcare market is a magnet for global drugmakers, medical device firms and hospital operators, all keen to get a slice of a medical bill estimated to hit $1 trillion by 2020. Drug spending alone is set to hit $185 billion by 2018, according to IMS Health.

However, China’s drug approval backlog jumped a third last year, authorities said earlier this month, reflecting rising industry concern that it is getting harder to get medicines approved.

The industry has come under intense scrutiny from the authorities in the wake of a high-profile corruption case involving U.K. pharma giant GlaxoSmithKline. GSK was ultimately fined $490 million for bribing doctors and hospitals to promote its products. Other sectors such as the fast-food industry and automakers have also come under pressure in recent months as Beijing has become more assertive in its stance towards international companies.

Jamie Davies, head of pharmaceuticals at BMI Research in London, said it’s not unusual for countries that are still developing regulatory expertise to take a long time to approve drugs–especially when those countries don’t have a well-organized and economically-important lobby of domestic producers applying pressure to get things to market (one of the reasons that approval times are quicker in the U.S. and E.U.).

Davies said he would be surprised if Pfizer were seriously withdrawing from the Chinese market, even if the move only affects part of its business.

“For pharma companies, the opportunities in China are greater than those in Brazil, India and Russia put together, and then some,” he said. “Even if the economy slows down, the healthcare sector will still continue to grow.”

Wagh said Pfizer would work with Chinese regulators to bring Prevenar 13 – an updated version of the vaccine – to market at some point in future, although she added there was no clear timeframe for this.

Pfizer’s global revenues from the Prevenar family of products, which includes Prevenar, was $4.5 billion last year, up 12 percent against 2013, the firm said in its annual report. This included “strong operational growth” in China.

Prevenar is used to help prevent pneumococcal disease, a bacterial infection which can lead to illnesses such as pneumonia, meningitis and sepsis, according to the National Foundation for Infectious Diseases. It is the only vaccine approved to treat children under two years-old for the condition in China, Pfizer’s Wagh said.

The World Health Organization estimates there were around 14.5 million cases of serious pneumococcal disease in 2000, resulting in nearly 1 million deaths of young children.

A Pfizer spokeswoman declined to say why the Chinese import licence for Prevenar, an anti-bacterial treatment, had not been renewed. The China Food and Drug Administration regulatory agency could not immediately be reached for comment.

Update: This article has been updated to include analyst comment.