9 startup ideas that were ahead of their time 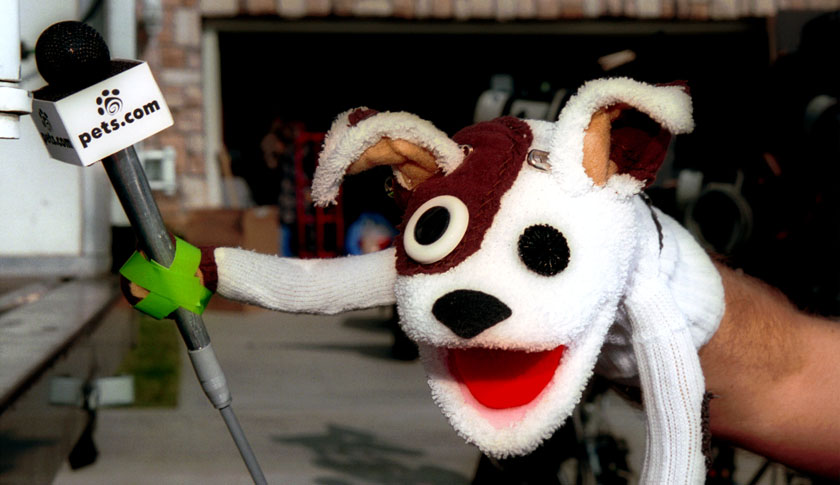 The pets.com sock puppet dog stars in a commercial for the company, Los Angeles, California, January 11, 2000. The San Francisco-based pet products company announced on November 7, 2000 that it was shutting down after failing to secure a financial backer or buyer. (Photo by Bob Riha/Liaison/Getty Images)
Photograph by Bob Riha Jr. — Getty Images

Venture investors are fond of their truisms, to the point that the startup world is riddled with clichés. But few cut deeper than the one about timing: “The only thing worse than being wrong is being early.” It’s impossible to count the number of startups which failed because the world wasn’t ready for them yet. Since the dotcom bubble, many of the era’s biggest flops have been revived in different forms to become viable businesses.

Today’s revivals have a few key things going for them this time around. For starters, it’s a matter of simple numbers: In 2000, only 43% of Americans were using the Internet. Today, 86% of the country is online and more than half of the population carries the Internet around in their pocket. The addressable audience for a Web startup is much larger.

Further, logistics networks from the likes of FedEx (FDX) and UPS (UPS) are more developed, more efficient, and more cost-effective than they were in the late 1990s. Lastly, thanks to cloud computing and open source software, the cost of starting up has shrunk from millions of dollars to hundreds of thousands or less. This lowers the stakes for starting a business, which means early-stage failures aren’t costing investors millions.

Below, several good ideas which were simply ahead of their time.

Uber has turned smartphones into remote controls for life. Press a button and just about anything you want will show up—booze, groceries, manicures, flowers, even weed. Amazon (AMZN) and Google (GOOG) now offer same-day delivery, with countless startup—including Uber—hot on their heels.

Same-day delivery was the premise of famous Web 1.0 blow-ups Kozmo.com and Webvan. Kozmo.com lost hundreds of millions in value in the dotcom crash; Webvan lost over a billion in investor money. They failed because they didn’t make money on their services. Today, Kozmo.com’s co-founder has revived the idea with MaxDelivery.com which has a small customer base of under 100,000, but has grown slowly and steadily since 2005 on its own profits, supporting a staff of 130. The recent influx of new startups offering anything you want on-demand proves that the idea wasn’t bad, but the timing was.

The market for “pet parents,” who treat their dogs as well as children is a massive one, and that has only grown since the days of the dotcom bubble. But Pets.com, the most famous dotcom-era blow-up, was plagued by a simple logistical issue: In 1999, it didn’t make financial sense to ship giant bags of pet food across the country.

Today, several companies have taken advantage of improvements from an improved national delivery network and revived this idea. Petflow.com expected $50 million in sales in 2014 and Bark&Co, a dog supply delivery service, claims it is a $100 million-per-year business. Even Petco has launched a repeat delivery service.

The jury is still out on whether smartwatches will become as big a category as iPods or tablets, but they've certainly moved beyond novelty status. Analysts predict Apple (AAPL) will sell at least 30 million Apple Watches when it goes on sale in April.

But Apple's smartwatch predecessors, Pebble and Samsung, weren't first to the smartwatch game. Microsoft (MSFT) debuted a smartwatch prototype in 2004. Impressively, it preceded the smartphone. According to Techspot, these Microsoft smartwatches used FM radio signals to bring news, weather, and other information into the watches, which were made by Suunto, Fossil, Tissot, and Swatch. Somehow, it never caught on.

In the late '90s, group buying sites were just as common as they were in the Groupon era. This includes the most well-known, Letsbuyit.com, as well as Mercata, which scrapped its IPO plans in 2001 and shut down. Others include Mobshop.com, ActBig, Zwirl.com, and C-Tribe.com. AOL (AOL) and Yahoo (YHOO) had plans to launch their own group-buying sites, too. None of those companies survived the dotcom crash—except Actbig.com, apparently.

In 2009, Groupon revived the concept. One could argue that the daily deals category remains a novelty, as I recently did in this article. My colleague Dan Primack recently counter-argued that Groupon is still a $5 billion company, which is not to be dismissed.

In the dotcom era, Boo.com sold hip apparell, eToys.com sold toys, and Eve.com, Reflect.com, and Beautyjungle.com sold cosmetics. The idea, in the early days of e-commerce, was to pick a category and own it.

Then King Amazon wiped out the competition. The site that started selling books quickly became “The Everything Store,” dominating e-commerce and convincing the world that in order to win at e-commerce, you had to do it all. Niche shopping sites like Boo.com, Beautyjungle.com, and eToys flamed out. (eToys went bankrupt and sold to Toys-R-Us.)

Now highly specialized e-commerce is held up as the only way to compete with Amazon. You have companies like Warby Parker, Bonobos, J. Hilburn, Harry’s, Everlane, and Dollar Shave Club flourishing because they have a specific brand and make their own products. Category-focused players like Wayfair for furniture, Birchbox for cosmetics, Asos and Nasty Gal for trendy clothing, Honest Company for baby products, and Baublebar for jewelry, are thriving as well. The more specific and unique your edge on Amazon is, the better.

Both Beanz and Flooz, two startups, sites sold digital currency that could be used for online shopping. They raised $100 million and $35 million in venture funding, respectively. After the dotcom crash, when both companies failed, the idea of “internet money” was widely panned. But now, its clear from the hundreds of cryptocurrencies and hundreds of millions invested into bitcoin-related startups that many believe virtual currency will last.

Nintendo’s “Virtual Boy,” a virtual reality gaming headset, was released in 1995 and discontinued the following year. It had plenty of problems: It wasn’t exactly portable. It was expensive. It wasn’t comfortable to wear. And the screen was monochrome. (Not to mention an assumption that only boys would want to play with it.) The one thing it has in common with today’s virtual reality headsets from Oculus VR and Samsung is that it reviewers at the time found it to be “asocial.”

Before Justin.tv, there was JenniCam, which launched in 1996. It was just a woman broadcasting her life for a $15 per month subscription. (Today we call that reality TV.) In 2007, Justin.tv aimed to offer the same service to smartphone users. It didn’t catch on as hoped, and Viddy, the hit video app that followed it, failed too. Today, the viral success of Meerkat, and the anticipation for Twitter’s (TWTR) answer, Periscope, show that the use case is real. We just needed faster streaming, better cameras, and a greater appetite for video content first.

Apple didn’t invent touch computing with the iPhone, but it certainly popularized it. In the 1980s, a number of pen computing companies offered tablet computers with styluses, including Go Corp, Pencept, and Linus and Communications Intelligence Corporation. Windows for Pen Computing launched in 1993 and Apple’s Newton MessagePad launched in 1993.

A pair of Google Glass connected glasses sits on display on day three of the Mobile World Congress in Barcelona, Spain, on Wednesday, Feb. 26, 2014.

Two years after the introduction of Glass, its clear we won’t be walking around with computers on our faces anytime soon. Commentators blame the invasiveness, the ugly design, and the fear they have created. Either way, the world isn’t ready for Glass yet.

But despite news that Google had stopped selling the devices, Glass isn’t entirely dead. It has flourished in places where workers can benefit from hands-free computing, like warehouses, factories, and construction sites. They’re already wearing safety glasses, so the style factor is irrelevant. Beyond that, Google executive chairman Eric Schmidt recently said that the company continues to work on Glass. The company is certain it has a good idea on its hands. It’s just a little ahead of its time.