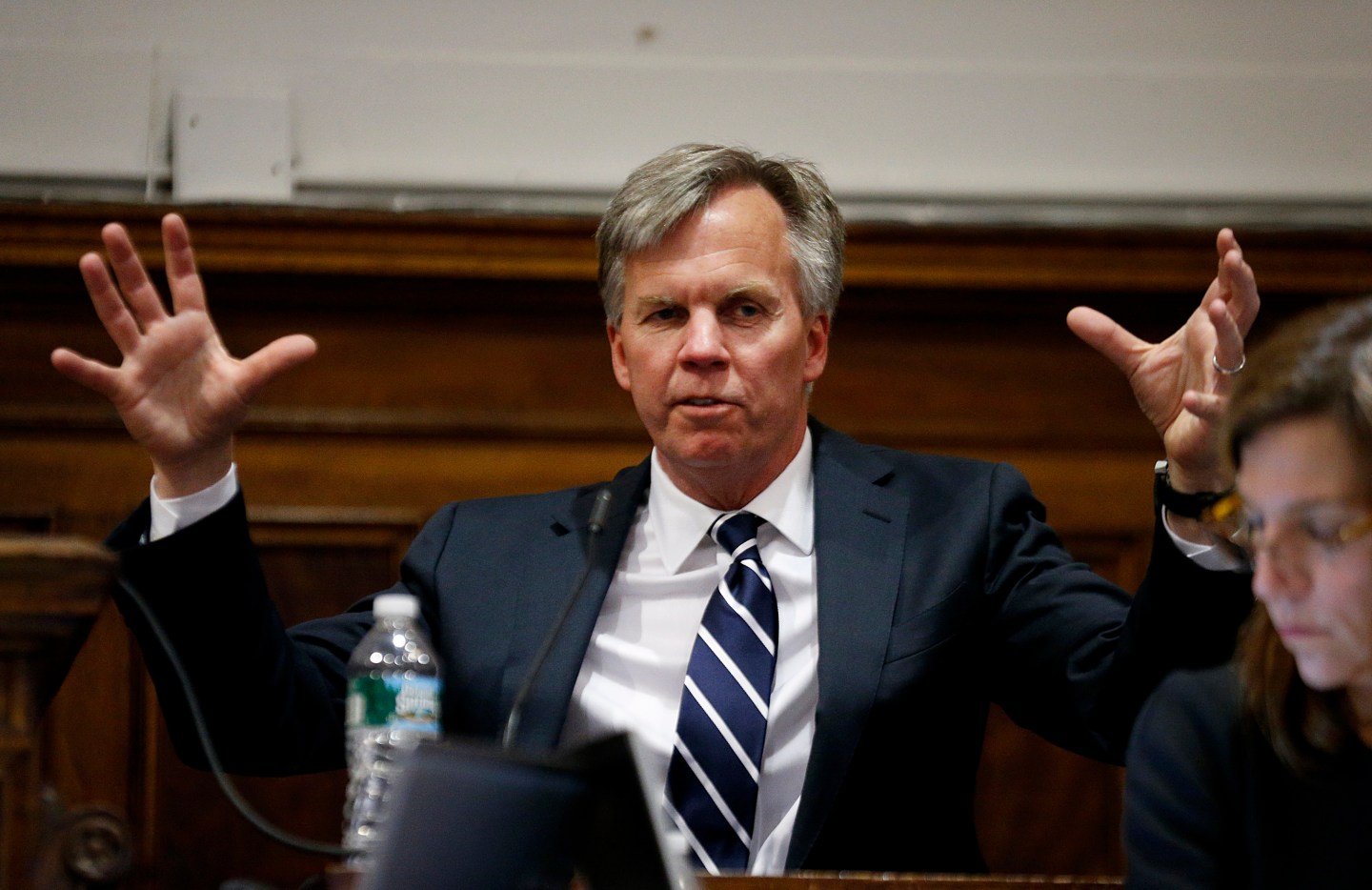 The bad news continues for JC Penney. At the end of February, its stock tanked following the announcement of disappointing profit numbers for 2014. Its chief marketing officer, Debra Berman, left abruptly in mid-March, followed, on March 20, by general counsel Janet Dhillon. Now Fortune has learned that a former employee, Robert Blatchford, has filed a claim against the company under Florida’s Private Whistleblower Act. The case—which could lead to deposition testimony by former CEO Ron Johnson—brings back to life a dark period in JC Penney’s history. However it ends up being resolved, it’s an unwelcome reminder of the confusion that still exists inside the $12 billion in sales mid-market retailer.

Blatchford, who worked in the custom decorating department in the Penney’s St. Petersburg store between 2007 and 2009 and then again on a part time basis from August 2012 to July 2013, says he was retaliated against by his manager—and later, by the company—after, during his second stint at Penney’s, he complained that his store was charging customers full price for items on sale and collecting sales tax on nontaxable items.

Blatchford alerted Penney’s corporate hierarchy, including sending emails to both then-CEO Johnson and Dan Walker, then the head of human resources. Both senior executives promised to look into the situation, according to emails Blatchford shared with Fortune.

The emails do confirm that the company at least examined the allegations. Notes one communication from the auditor, dated March 25, 2013: “We have discussed our investigative results with management and they have addressed or will address them accordingly.” (This was a chaotic time at JC Penney, as Fortune reported last year. Johnson resigned under pressure in April, shortly after the company reported a $4 billion drop in sales in the year he had been CEO.)

Then things got even more complicated. Blatchford was dissatisfied with the lack of a publicly announced company plan to rectify what he saw as a fleecing of customers. He decided to go public himself and took his claims to the Today Show in July 2013.

JC Penney responded by firing Blatchford and suing him for theft of trade secrets—based on his claim that he had company information that would prove his own case. Later, in September of 2014, Penney’s reversed course. It dropped the suit, perhaps because it realized that little good could come from going after a part-time employee with a penchant for publicity.

That wasn’t enough for Blatchford, who says his reputation has been sullied. He says he hasn’t worked since he was fired from Penney’s. On Feb. 2, he filed an arbitration claim against the company charging retaliation for having spoken out against the practices he witnessed—both inside his office and from the top of the organization. “I was, (am), clearly ‘war-weary’,” Blatchford wrote to me, “but I have to be honest here, I can’t just let this end without proper vindication of my name, I am not a ‘rat.’” JC Penney declined to comment, citing its policy on not discussing pending litigation. The company has not yet filed a response to the suit.

Does Blatchford have a case? It’s hard to say. But he does have in his possession numerous emails from former executives at the company, such as Johnson and Walker, and says he is planning to subpoena them to testify. It’s perhaps an accident that Blatchford’s complaint was filed on Groundhog Day, but that’s exactly how it will feel to everyone at JC Penney should its former executives end up back in the news, talking about the trials and tribulations of the retailer during the disastrous Johnson regime, once again.