The wildly ambitious future of the job search 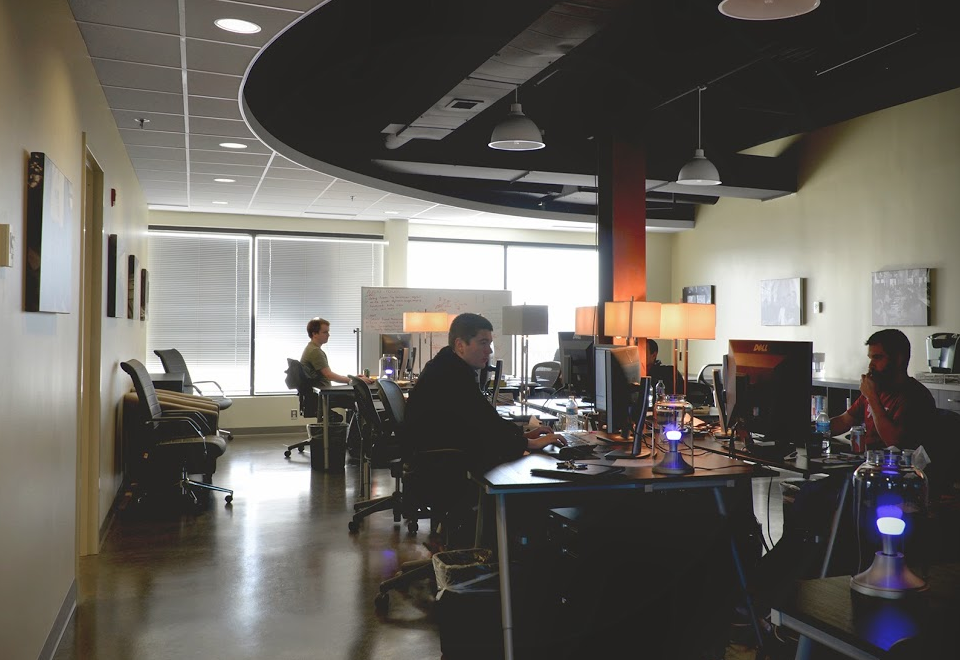 For years, businesses across America have groused that they can’t find enough qualified workers, while others have questioned whether the “skills gap” is a myth.

Amid this tired debate, it’s easy to miss the fact that many of the smartest people trying to shape the working world have moved on. They have begun to view the problem as an information gap between companies looking for capable workers and individuals struggling to land a decent job.

Driving this shift is the belief that both workers and companies stand to benefit if it’s easier for them to identify each other—and if they’re also on the same page in terms of the skills and training required to fill particular positions.

“The idea is to make all of this simpler, less expensive, and more automatic” for the employer and the employee, says Byron Auguste, co-founder of Opportunity@Work, a new nonprofit aimed at “rewiring the U.S. labor market.”

This concept lies at the heart of TechHire, a public-private initiative that President Obama announced last week to help companies place people—many of them invisible to recruiters—in high-paying IT fields such as cybersecurity, network administration, coding, project management, and data analytics.

“If we can get the architecture right, I think we can make a lot of headway in getting employers to hire skilled people they’d otherwise overlook,” says Auguste, who until recently served in the White House as deputy director of the National Economic Council and had a lead role in designing TechHire.

Building platforms to connect job seekers with openings is hardly new, of course. U.S. newspapers have been running “help wanted” ads for more than two centuries. Monster.com has been around for 16 years, LinkedIn for 12.

What’s happening now is that new ingredients are being steadily added to the job-matching mix, promising to produce a more efficient and effective marketplace. Hundreds of millions of dollars in venture capital are pouring into the space.

In the case of TechHire, which is launching in 21 regions, the objective is to create an ecosystem—populated by organizations such as Code To Work, the Flatiron School, LaunchCode, and others—to help employers articulate the specific skills that their workers must possess; bring job candidates quickly up to speed on the right stuff, often by having them participate in “coding boot camps” and other nontraditional educational offerings; and then put the two sides together.

TechHire faces significant hurdles. Some of the entities involved with the effort are small, having trained and placed just a few hundred workers so far, and there’s no guarantee that they can get to a large scale. Meanwhile, to take advantage of the network as an individual, you need to plug in, and more than 20% of American households lack regular Internet access. Financing high-potential, low-income talent is also a challenge. Even with the Obama administration pledging $100 million to help “people with barriers” receive training, the program is likely to remain out of reach for most of the nation’s poor; even the boot camps that TechHire is touting can cost $10,000 or more.

Still, there is palpable excitement at the prospect of a more transparent and fluid job market. Google’s Vint Cerf, widely considered one of the “fathers of the Internet,” envisions a massive databank that showcases people’s unique strengths, allowing employers to pull in just the right folks to tackle any task. “Instead of matching people to jobs, you match jobs to people,” says Cerf, who is active in the i4j (or Innovation for Jobs) community. Its goal: “disrupting unemployment.”

To some degree, what Cerf is calling for is already happening. ClearFit, for example, lets companies analyze their best performers and then search out applicants that have similar qualities. On ClearFit, employers are not only sent someone’s job history; they also receive the results of an online assessment that provides an instant sense of a person’s drive, capacity to withstand stress, tolerance for risk, preference for structure, interest in others, and 15 other characteristics.

“This takes you beyond the resume,” says ClearFit founder Ben Baldwin, “and gets to personality, motivation, and cultural fit”—giving the worker and the employer a better chance of having a successful relationship. ClearFit’s clients include small businesses, such as restaurants and car dealers, as well as Fortune 500 companies.

LinkedIn wants to take an even more ambitious step. The professional networking site, whose membership includes roughly 350 million of the world’s 780 million professionals and students, is trying to develop an “economic graph” that would digitally profile every one of the 3 billion-plus workers around the globe—whether they’re investment bankers in Manhattan or ditch diggers in the Sahara.

The economic graph would also feature every company on the planet—all 70 million or so of them—and a digital representation of every job available at these enterprises. It would detail the skills required to obtain open jobs at these companies and highlight educational institutions teaching those relevant skills.

“The dream, the vision, is to create economic opportunity for every member of the global workforce,” Jeff Weiner, LinkedIn’s CEO, recently told a group of executives convened by the Aspen Institute. An instrument like this, he added, has “never been imagined before, let alone executed on.”

Some are sure to dismiss the economic graph as pie in the sky. But there’s already plenty happening on the ground to suggest that technology won’t just kill jobs; it will enable people to secure them, too.