Time to haul off and buy junk bonds 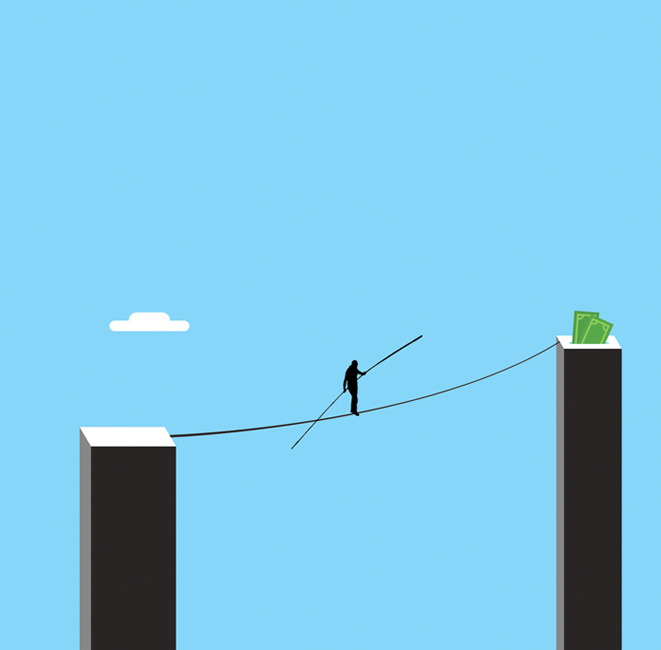 High-yield (a.k.a. junk) bonds are issued by companies with less-than-stellar credit ratings; in return for a greater risk of default, they offer fatter yields. About 15% of the issuance in the high-yield bond sector comes from energy firms. With oil prices cratering, yields (which move in the opposite direction of prices) have spiked higher. Currently the difference between the yield on the overall junk-bond market and Treasury bonds with comparable maturities stands at about 4.6 percentage points—a sharp rise from the 3.3 percentage-point differential in the summer of 2014, before oil prices began to fall.

The oil price plunge, however, is a major positive for many of the remaining 85% of junk-bond issuers, which could benefit from cheaper energy. And corporate balance sheets in general are getting healthier as the economy recovers, so the risk of junk-bond default remains relatively low. Credit agency Fitch Ratings projects that the default rate among high-yield issuers will remain between 1.5% and 2% in 2015, well below the historical average of just over 4%. Mark Haefele, chief investment officer of UBS Wealth Management, notes that prices for high-yield energy bonds are now implying a lofty default rate of 10% over the next 12 months. “We believe risks are priced in,” says Haefele, who has an overweight rating on the overall U.S. high-yield bond market.

High-yield bond prices are also likely to hold up better than the broader fixed-income market if interest rates rise—a very real possibility, given that the Federal Reserve is widely expected to raise interest rates in 2015. In four of the past five cycles since 1986 during which the Fed hiked rates, the Bank of America Merrill Lynch High Yield index outperformed the Barclays U.S. Aggregate Bond index, notes Zane Brown, a fixed-income strategist at Lord Abbett.

The easiest way to gain diversified exposure to junk bonds is through a mutual fund or an ETF. Investors can hedge against the impact of rising interest rates by choosing funds that specialize in shorter-maturity bonds, which offer lower yields but are far less susceptible to price drops when rates rise. One solid choice is the SPDR Barclays Short Term High Yield Bond ETF, which has a duration (a measure of a bond’s price sensitivity to changes in interest rates) of 2.4 years and yields 5.4%. Another option, the Pimco 0–5 Year High Yield Corporate Bond Index ETF, has an even lower duration of two years and yields 4.4%. That’s the kind of junk worth collecting.