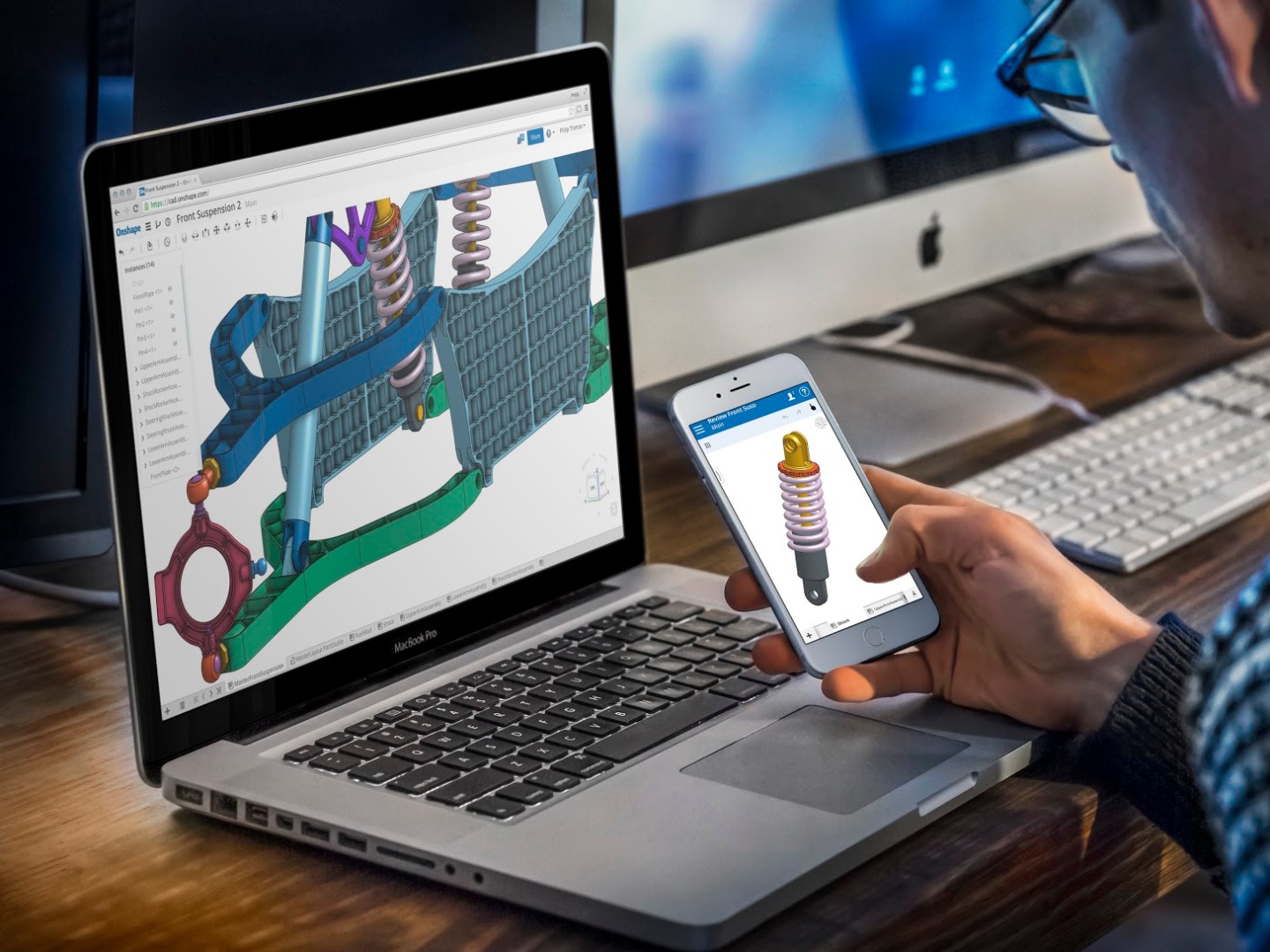 Onshape, a Cambridge computer-aided design (CAD) software startup, has raised a total of $64 million in funding from New Enterprise Associates, North Bridge Venture Partners, and Commonwealth Capital. The funding values the company, which has operated stealthily for the past three years, at $295 million, including the funding. (This total funding amount includes $34 million in funding first reported by the Boston Globe in 2013.)

On Monday, Onshape will announce the launch of its beta program, where it will disclose further details on its product as well as its unique pricing scheme and business model. The company, previously known as Belmont Technology, has been operating under non-disclosure agreement with more than 1000 users, some of which are already paying.

What can be disclosed today is the company’s basic premise: CAD software, which is a $8 billion to $9 billion industry, has been slow to adapt to modern methods of 3D design. Existing solutions make it difficult for workers to collaborate, as they’re not cloud-based or compatible with mobile. (Some have offered such services, but none are pure-plays.) “The CAD market hasn’t changed. The way people design and build products has changed,” says according to co-founder founder and chairman Jon Hirschtick. “Its like the land that time forgot.”

Onshape’s goal is to modernize CAD software. “The vision of the company is that everyone on the design team is able to use CAD together, on any computing device, anywhere,” Hirschtick says.

He would know what the market needs. He co-founded one of the largest CAD software companies, Solidworks. In 1997, SolidWorks sold to Dassault Systèmes (DSY) for $318 million, and Hirschtick stayed on board for the next 14 years in various roles. Under his leadership, SolidWorks grew to a $100 million revenue company. The next CEO, John McEleney, grew it to $400 million in revenue. McEleney plans to repeat that success at Onshape as its CEO.

The pedigree of Onshape’s executive team is the reason the startup has commanded a nine-figure valuation before even launching. In addition to Hirschtick and McEleney, Onshape’s management includes Dave Corcoran, Scott Harris, Michael Lauer and Ilya Mirman, all of whom are ex-Solidworks executives. DevOps leader John Rousseau was a founding engineer at cloud software maker CloudWorks, and Dan Shore, Onshape’s CFO, previously worked as Harvard University’s CFO. Onshape employs a staff of 60.

The team brings big ambitions to a potentially huge opportunity. “It’s a big project,” Hirschtick says. “Its not going to get knocked off by 20 different groups of two college students.”